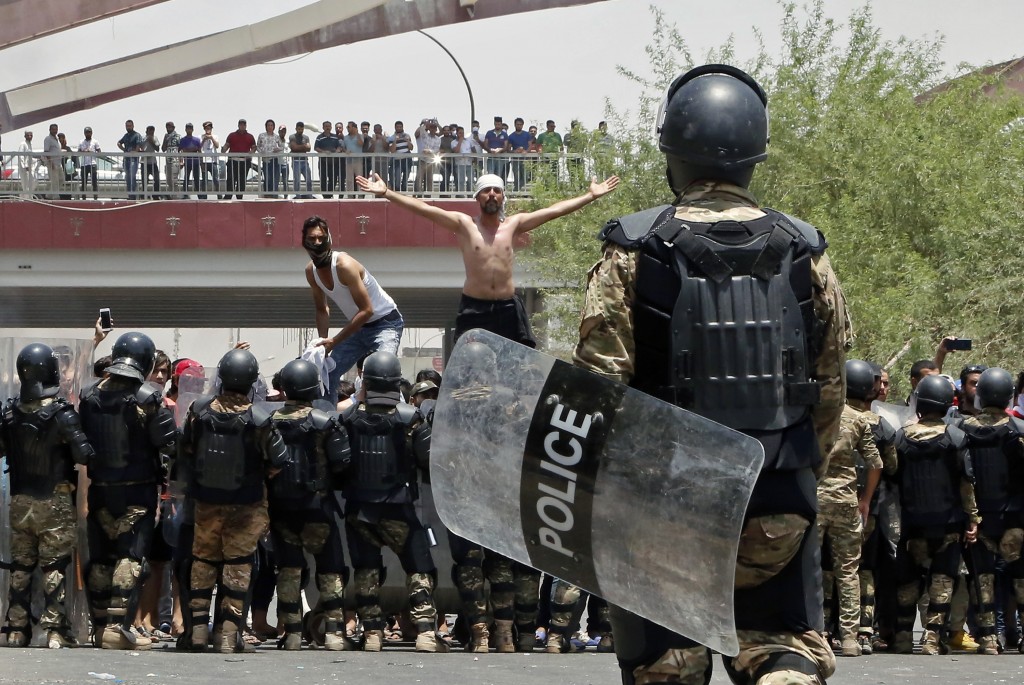 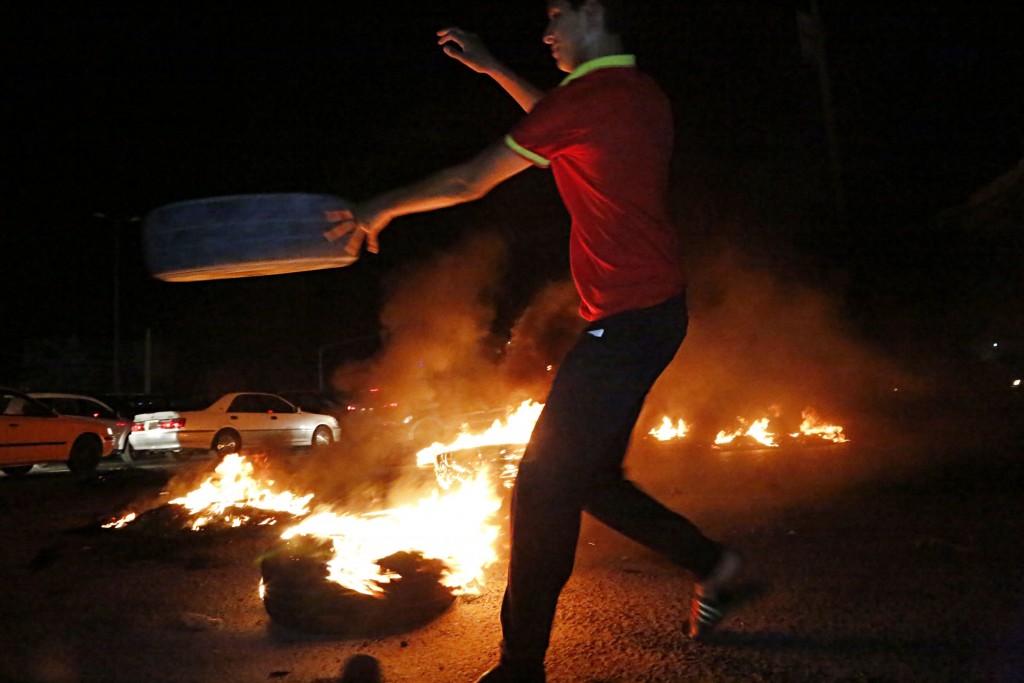 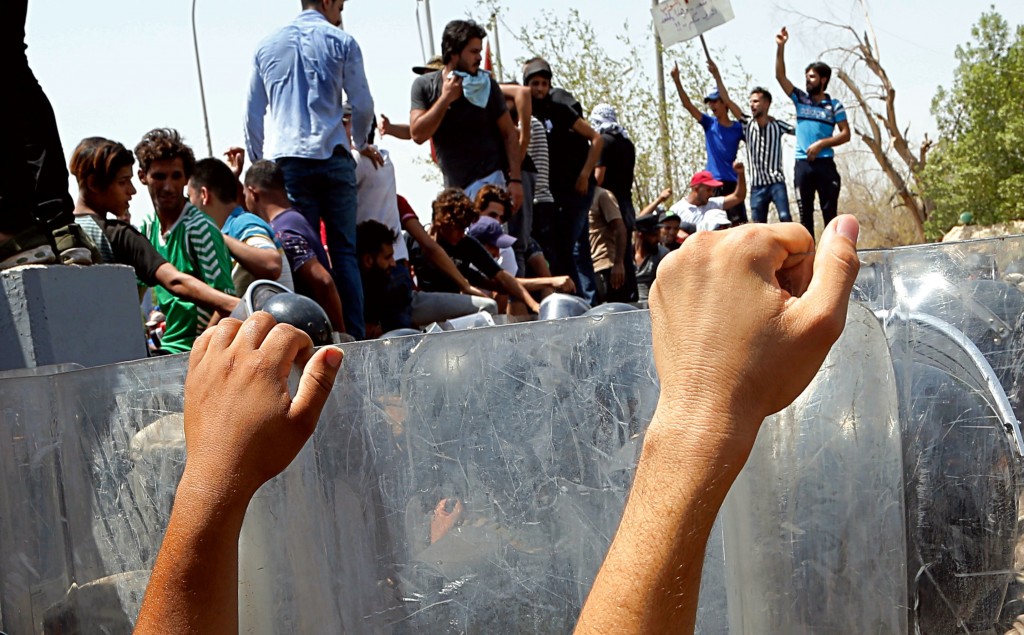 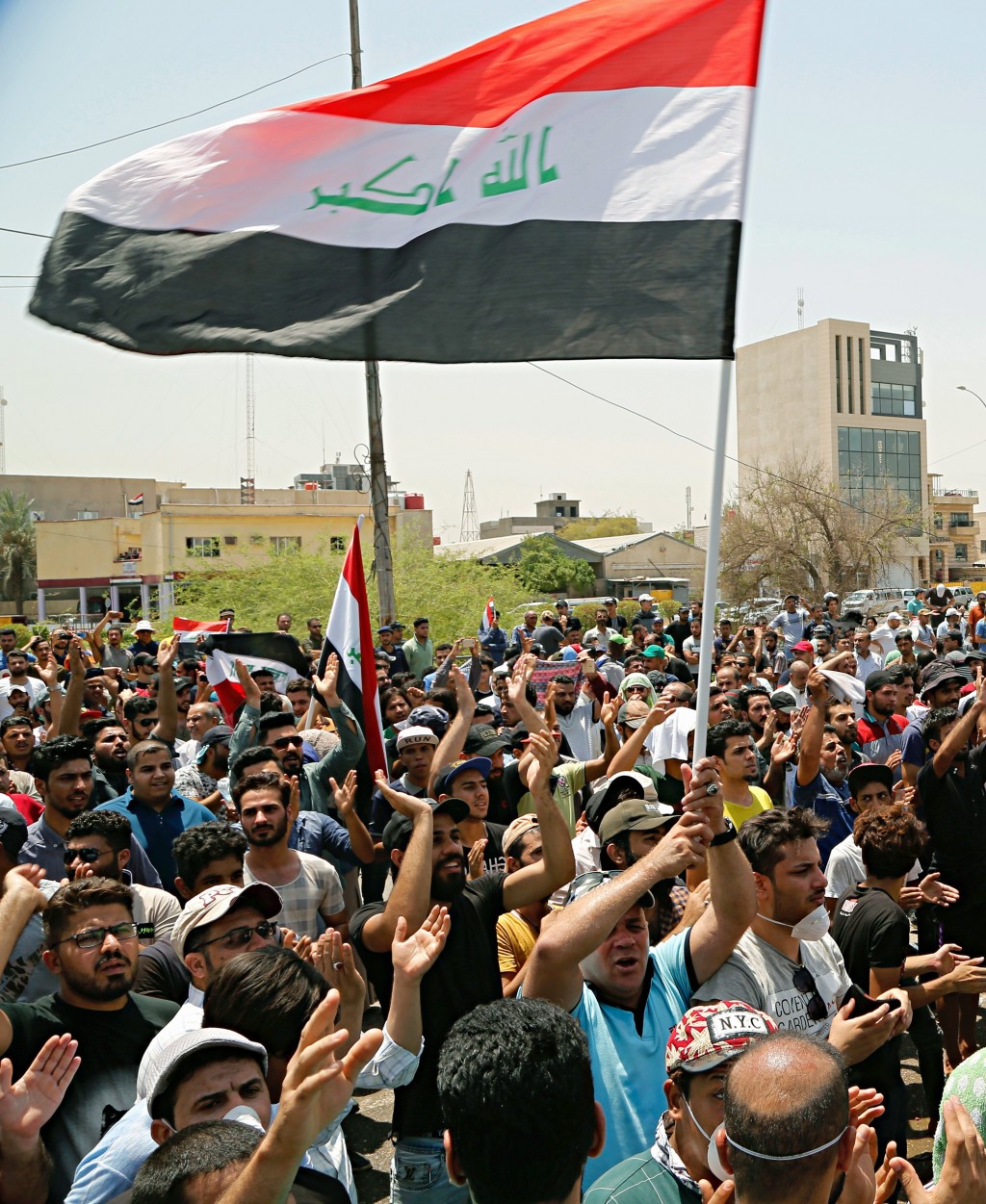 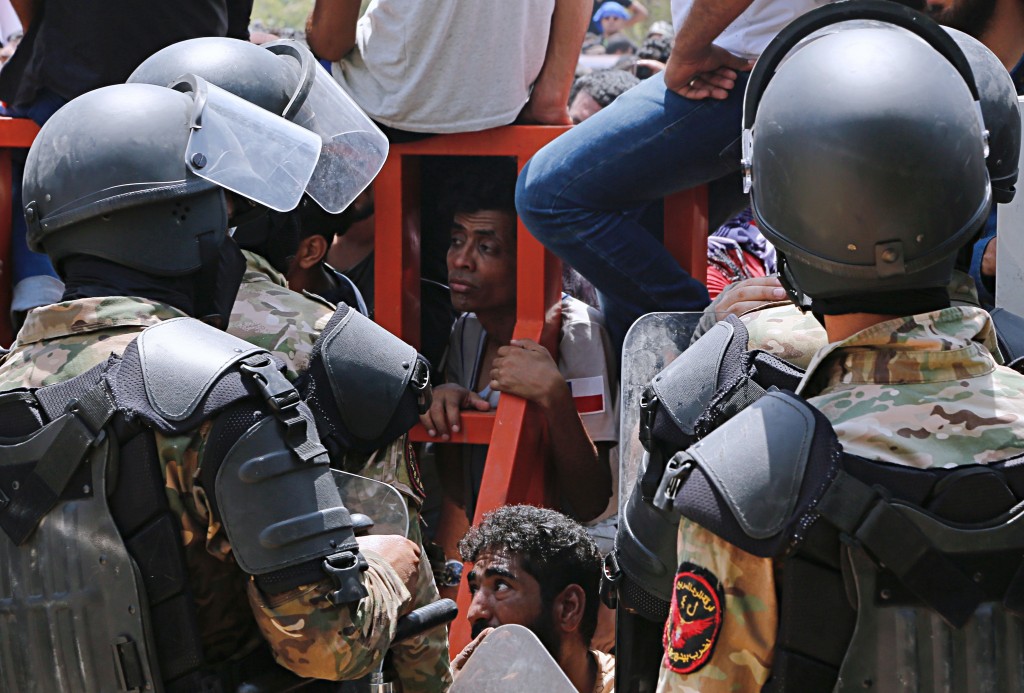 BAGHDAD (AP) — Iraq's government may have muddled its way through violent street protests in the country's oil-rich south with promises of jobs and better services, but the root causes of this month's unrest remain almost intact and it could be just a matter of time before popular discontent boils over again.

In its bid to end the protests, Iraqi authorities have deployed security forces backed by armor and arrested hundreds of protesters in the southern city of Basra, the epicenter of the weeklong demonstrations and the jewel of Iraq's oil region, according to activists.

The arrests largely quieted Basra and the rest of the south. But what happened there this month has shown that the Shiite government is not immune to opposition among its primary constituency — the Shiite south — and laid bare the depth of frustration felt by Iraqis who have not seen real improvement in their lives in the 15 years since the U.S.-led invasion rid them of Saddam Hussein.

"The protesters are not convinced that the government promises can be met but they are waiting to see how serious the government is in addressing these problems. The situation could blow up again," activist Laith Hussein said.

The government has sought to play down the protests and cast doubt on the motives of the demonstrators. It maintains that the protesters' demands are legitimate, but says infiltrators and saboteurs were behind the violence that left at least nine people dead and nearly 60 injured, according to the Health Ministry.

Here's a deeper look at why protests erupted in Basra and why they might do so again unless the government's ruling parties pay attention to the needs of Iraqis who vote them into office every four years and whose homes sit on the country's biggest asset, oil:

For decades, the residents of Basra have been complaining that they do not get their fair share of the natural resources of their province. That in turn has revived their long-sought dream of turning their province into a self-ruled region like the one in Kurdistan in Iraq's north. But any step taken toward that goal was derailed by the central government or rejected by some of the city's own residents, who instead want more powers transferred from Baghdad to the local government.

Basra has also suffered from a cut-off of the funds it did once get from oil and gas sales. Previously, Baghdad accorded a specific share to Basra and other oil-producing provinces as compensation for environmental damage from the industry and as a boost to local budgets. Basra was getting $1 for each barrel of oil produced or refined and for every 150 cubic meters (196 cubic yards) of gas produced, along with 5 percent from the taxes collected at border-crossings and sea ports.

But that arrangement was removed from the budget in 2014, when the Iraqi economy was shaken by plummeting oil prices and the urgent need to finance an all-out war against the Islamic State group. That translated into a loss of millions for Basra. Last month, an average of 3.5 million barrels a day were exported from the province, with less than 500,000 barrels coming from oilfields elsewhere in the country.

WHEN POLITICS AND ECONOMY MIX

Shiites have for years complained about their majority sect's political elite, staging small protests, mainly in Basra, over the city's erratic public services and lack of jobs. The protests never captured the nation's attention or moved the government of the day into action.

But this month's protests reached new limits. Protesters closed roads leading to sea ports and oil wells and attempted to invade oil fields and, more significantly, attack and torch the offices of almost all of the powerful Shiite political parties and militias.

Sensing the danger, the government rushed to contain the unrest with promises of 10,000 jobs and the urgent allocation of 3.5 trillion Iraqi dinars ($3 billion) for electricity and water projects.

Many in Basra have long seen their political elite centered in the religious Shiite parties as corrupt and unfit to govern. They complain that the parties and their affiliated militias control business and vital government facilities, like the key oil port of Um Qasr and border crossings with Iran and Kuwait. Politicians distribute jobs among supporters and collect "taxes" and commissions on goods at ports.

Moreover, residents say security suffered in Basra after the government redeployed forces from the province to the front lines in the 3-year fight against IS that ended last year. This, they argue, allowed drug trafficking and other crimes to flourish and opened the way for local tribes to gain strength and influence outside the government's reach.

The massive cost of the fight against IS and the falling price of oil, Iraq's vital lifeline, meant that the government had little to spend on job-creating projects or improving such basic services as electricity and water. The economic crisis is clearly reflected in the 2018 budget, which stands at nearly $88 billion and runs a deficit of more than $10 billion.

It is unlikely that the government will fulfill its promises to the residents of Basra or elsewhere in the south, at least in the short term, given that the present government is a caretaker administration and a new one is months away following parliamentary elections in May whose results have been legally questioned.

Moreover, the current budget doesn't have allocations for the job creation promised by the government. The private sector and the international oil companies in the south can help create jobs but not on any significant scale. This is partially true because lower oil prices have pushed the government to revise down its ambitious oil development plans.

Even if the promises of jobs and services pledged to Basra were fulfilled, that would leave the rest of the south even more angry and frustrated.

A fresh round of protests is also likely because the residents of the south have received key backing from the country's top spiritual leader, Grand Ayattollah Ali al-Sistani, who has called on the government to find immediate solutions to the region's problems.