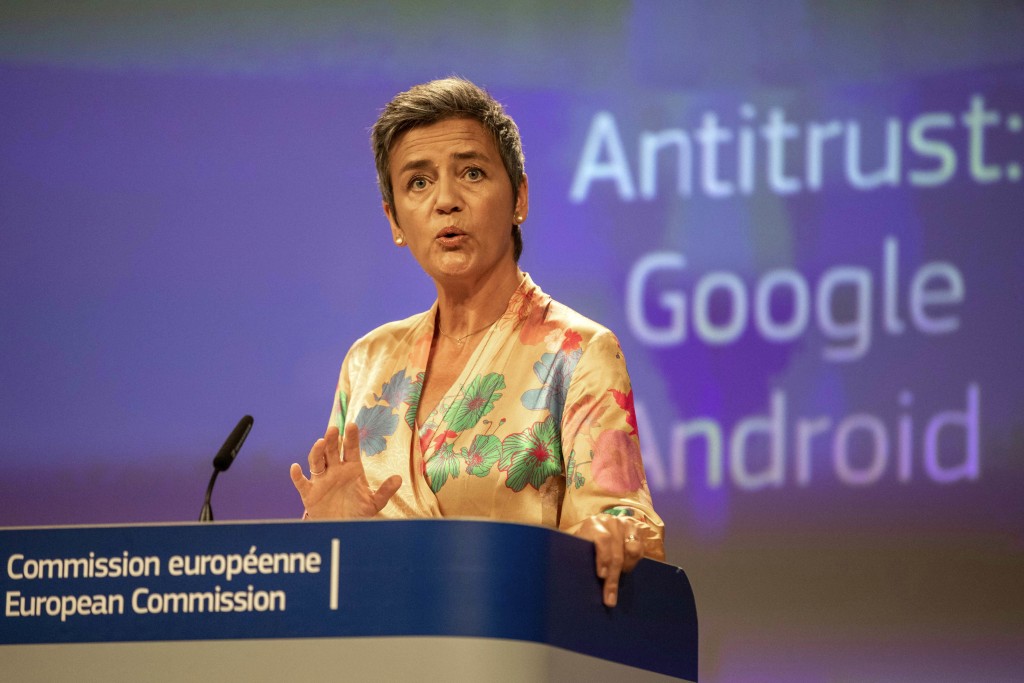 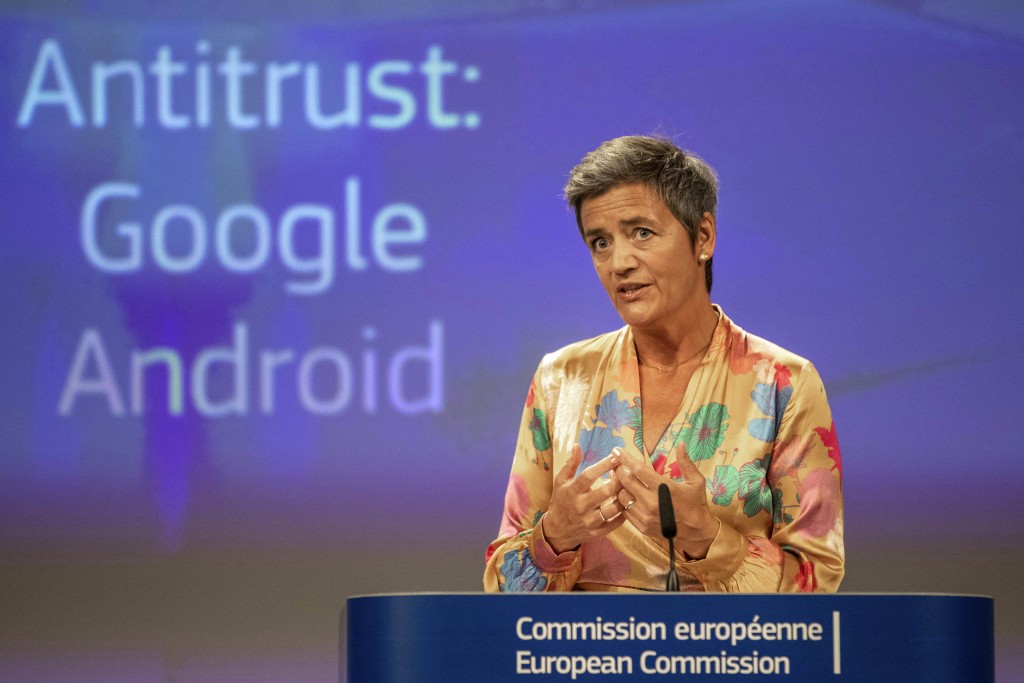 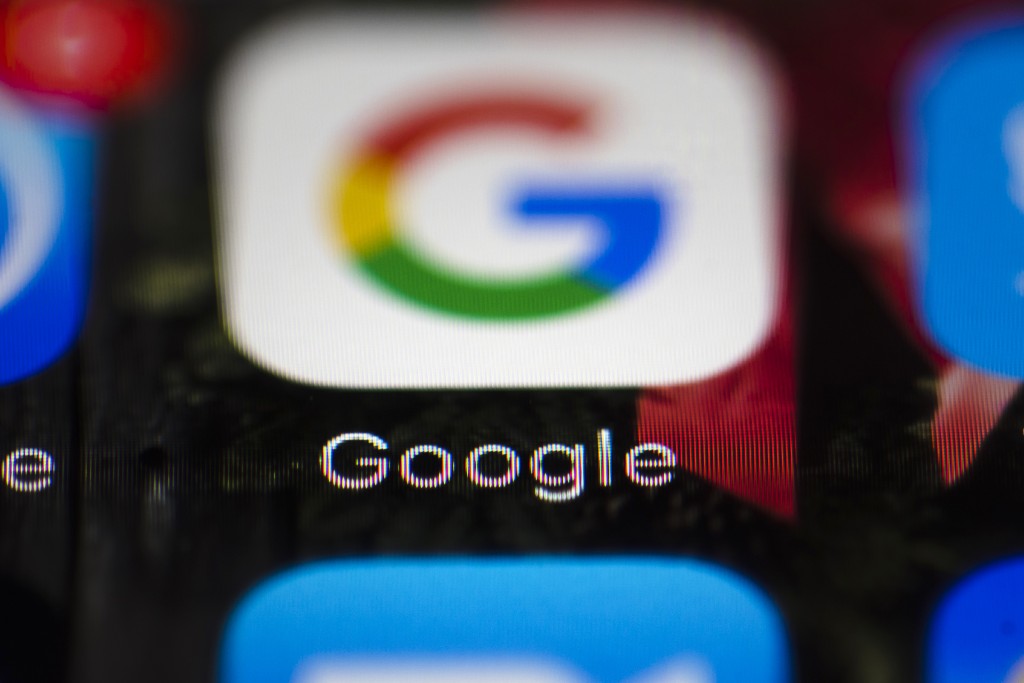 BRUSSELS (AP) — European regulators' latest swipe at the dominance of U.S. tech giant Google could open new opportunities for rivals in search and web browsers — that is, if handset manufacturers decide to make the most of the opening.

The European Commission on Wednesday fined Google a record $5 billion for forcing cellphone makers that use the company's Android operating system to install Google's search and browser apps. It also set a 90-day deadline for Google to rectify the problem or risk further fines.

A remedy could involve unbundling its core apps Search, Chrome and Play Store from eight other apps it packages with Android. The company could also decide to reverse its practice of disallowing Android handset manufacturers to sell devices using altered versions of Android, such as Amazon's Fire OS.

"Manufacturers could not launch Fire OS on even a single device," she said.

Google immediately said it will appeal the ruling, arguing that its free operating system has led to lower-price phones and created competition with its chief rival, Apple.

Mozilla Foundation, the nonprofit group that creates the lightweight ad-blocking browser Firefox Focus, said the ruling gives it the opportunity to displace Chrome as the default browser or be pre-installed alongside it on some phones. It has been in talks with manufacturers from Huawei to Samsung about those possibilities.

It's also possible not much will change. Google Search, Chrome and the Play Store are popular with consumers and developers. Handset manufacturers could choose them despite unbundling.

"It's possible phone manufacturers won't actually take advantage of the newfound freedom they have," said Thomas Vinje, lead lawyer for FairSearch, the Brussels-based lobbying group backed by Oracle, TripAdvisor and others that was the main complainant in the case. "It at least opens up the possibility."

The fine, which caps a three-year investigation, is the biggest ever imposed on a company by the EU for anticompetitive behavior.

It could stoke tensions between Europe and the U.S., which regulates the tech industry with a lighter hand. Still, some U.S. politicians welcomed it.

Democratic Sen. Richard Blumenthal of Connecticut tweeted that the fine should "be a wake-up call" to the Federal Trade Commission and should lead U.S. enforcers to protect consumers. Blumenthal previously called on regulators to investigate how Google tracks users of Android phones.

In its ruling, the EU said Google broke the rules by requiring cellphone makers to take a bundle of Google apps if they wanted any at all.

The EU took issue with Google's payments to wireless carriers and phone makers to exclusively pre-install the Google Search app.

It also said Google broke the law by forcing manufacturers that took its apps to commit to not selling devices that use altered versions of Android.

The 4.34 billion euro penalty comes on top of a 2.42 billion euro fine ($2.8 billion) that regulators imposed on Google a year ago for favoring its shopping listings in search results.

Neither fine will cripple the company. Google parent Alphabet, made $9.4 billion in profit in the first three months of the year and has over $100 billion in cash reserves.

"What is important is that Google has to change its abusive behavior," said Rich Stables, CEO of the rival search engine Kelkoo.

The Google crackdown comes at a sensitive time for trans-Atlantic relations, with President Donald Trump lambasting the EU as a "foe" only last week. The U.S. imposed tariffs on EU steel and aluminum this year, and the EU responded with duties on American goods.

Android is technically an open-source operating system that Google lets cellphone makers use for free. As a result, it is the most widely used system, beating Apple's iOS by a wide margin.

The EU wants to ensure that phone makers are free to pre-install apps of their choosing. It also wants cellphone makers to be able to more easily use altered versions of Android, like Amazon's Fire OS.

Both Amazon and Samsung, maker of the popular Galaxy line of phones, declined to comment on the ruling.

Google argues that downloads are easy and while the inclusion of its suite of apps help phones run well out of the box, competitors' apps are a tap away.

It also argues that not supporting so-called "forked" versions of Android ensures a baseline of experience across some 24,000 different models of Android devices. Vestager called the compatibility argument a "smokescreen."

European regulators have set the pace in shaping rules for the tech industry.

They have likewise taken a harder line on data privacy. After the scandal this spring involving the misuse of Facebook users' personal data during the U.S. presidential election and other campaigns, the EU began enforcing tougher new rules.