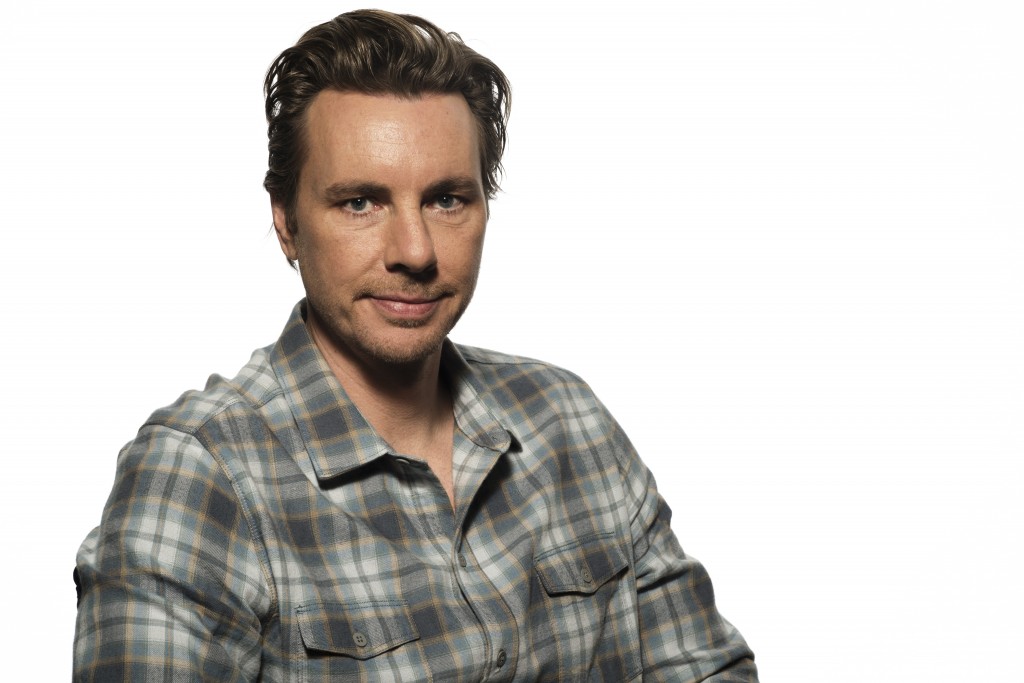 Shepard said his experience as a guest on other podcasts including "WTF with Marc Maron," ''The Nerdist" and "Off Camera with Sam Jones" sparked the idea of starting his own.

"I just really enjoyed being able to talk for an hour or two hours and not be confined to an 8-minute produced segment on a talk show," he said. "We were able to veer off into much more profound or personal topics. And you felt like you had the time to give some context to your opinions."

Shepard's first episode was with Bell on a day when they were bickering. (They're a popular Hollywood pair, appearing in commercials together.) He's since added conversations with other celebs including Ellen DeGeneres and Jimmy Kimmel and has branched out to experts of their fields, like a clinical psychologist who can talk about parenting strategies.

He describes that particular interview as his "most stimulating" so far and aims to speak with more "intellectuals, experts, doctors and psychologists." His wish-list for guests is "never-ending" and the multi-hyphenate performer Donald Glover is ranked No. 1.

Two episodes that also stand out are with Shepard's mother, Laura Labo, and actress Erika Christensen. Labo has had an interesting life and was candid about overcoming toxic and abusive past relationships and with loss, after the recent death of her husband. Shepard managed to keep the conversation moving but not interject too many of his own memories into Labo's story, which would be easy to do since he was there for much of it.

Christensen and Shepard played siblings for six seasons on NBC's "Parenthood." Besides a familiar rapport, the two had a respectful conversation about Scientology (she is a member).

"There's so many topics in our culture that seem to be binary where you have to pick one side or the other and Scientology certainly seems to be one of those," said Shepard. "I've certainly heard the side (against it), so I think it's required of me to hear the other perspective."

In his podcast, Shepard frequently refers to his own addiction to drugs and alcohol (he's now in recovery) and says "to create some equanimity, it's required of me to share something that's very vulnerable" to get others to feel they can do the same. He says he's especially interested in people's struggles and setbacks and what they've learned.

"Armchair Expert" also has a sidekick and co-producer named Monica Padman. She fact-checks him at the end of every episode.

"I'm a white male and it's important for me to get checked regularly from a female perspective and a person of color's perspective. It's very helpful to me to hear how I might have my own personal blinders on and I regularly do," laughed Shepard.

They're also taking the "Armchair" on the road with episodes recorded before an audience. Tickets will be available for upcoming Texas dates in Austin and Dallas, and in Toronto.