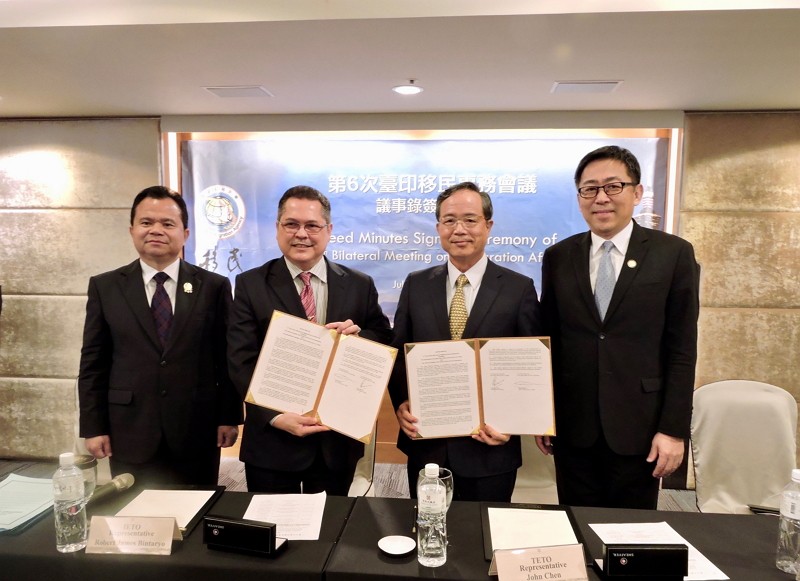 The meeting was co-hosted by Director General of National Immigration Agency Jeff Yang and Directorate General Ronny Frangky Sompie. Both parties reviewed the salient implementation of the Fifth Bilateral Meeting on Immigration Cooperation held on May 10 2017 in Bali, Indonesia. Core issues including advance alert of high-risk travelers, further expanding capacity building cooperation, and exploring the possibility of implementing automatic immigration clearance were discussed.

Taiwan has been ranked as Tier 1 in Trafficking in Persons (TIP) Report by U.S. Department of State for nine consecutive years. As part of the New Southbound Policy, Taiwan is more than willing to share experiences with its Southeast Asian allies. Taiwan’s achievement can be shared with Indonesia. The NIA and DGI (Directorate General of Immigration, Indonesia) will keep working together to further the closer relation in the matter of immigration cooperation.