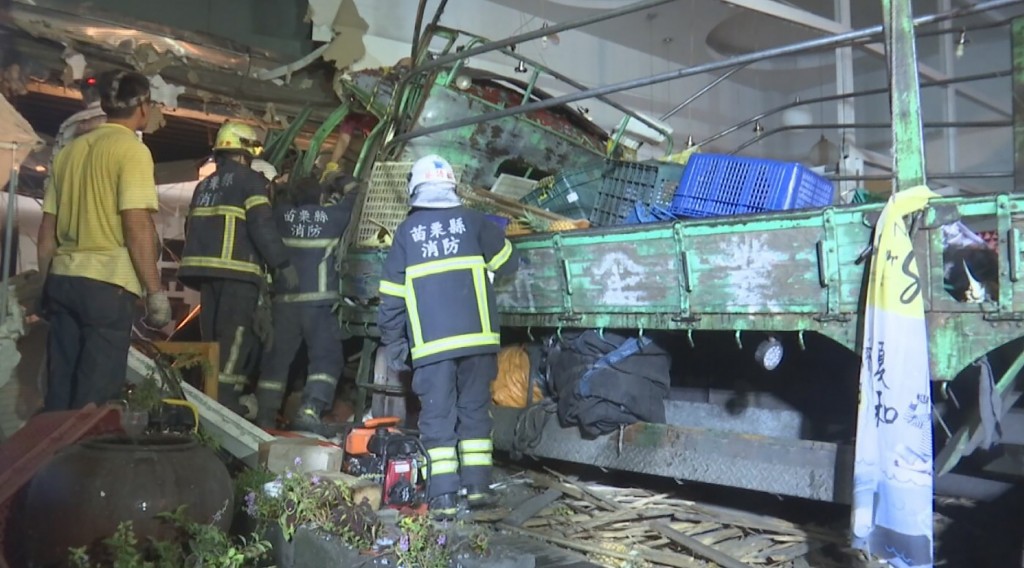 Police have ruled out that the driver, surname Tsai (蔡), was drunk and suspect instead that he fell asleep from exhaustion.

Tsai initially set out from Nantou around 10 p.m. July 14 to deliver pineapples to Sanchung in New Taipei City. After he dropped off the fruit, he immediately set off again toward Miaoli, however after exiting the highway he missed the turn for Jian Guo Road and continued straight into the furniture store. Security cameras show the truck crashing through the storefront's glass and the cab wrapping around a pillar inside of the store, trapping Tsai, reported CNA.

Employees from the fast food restaurant next door rushed to the scene. Tsai was initially alive after the crash, and responded to their calls, however he was trapped inside of the cab and the employees were unable to move help him.

The warped metal took rescue workers one hour to move so as to remove Tsai, however by that time he was showing no vital signs. He was declared dead after being rushed to the hospital. The furniture owner was asleep at the time of the accident, though the sound and tremor of the impact jolted him awake. At first he thought the noise was an earthquake, but immediately realized he was wrong.