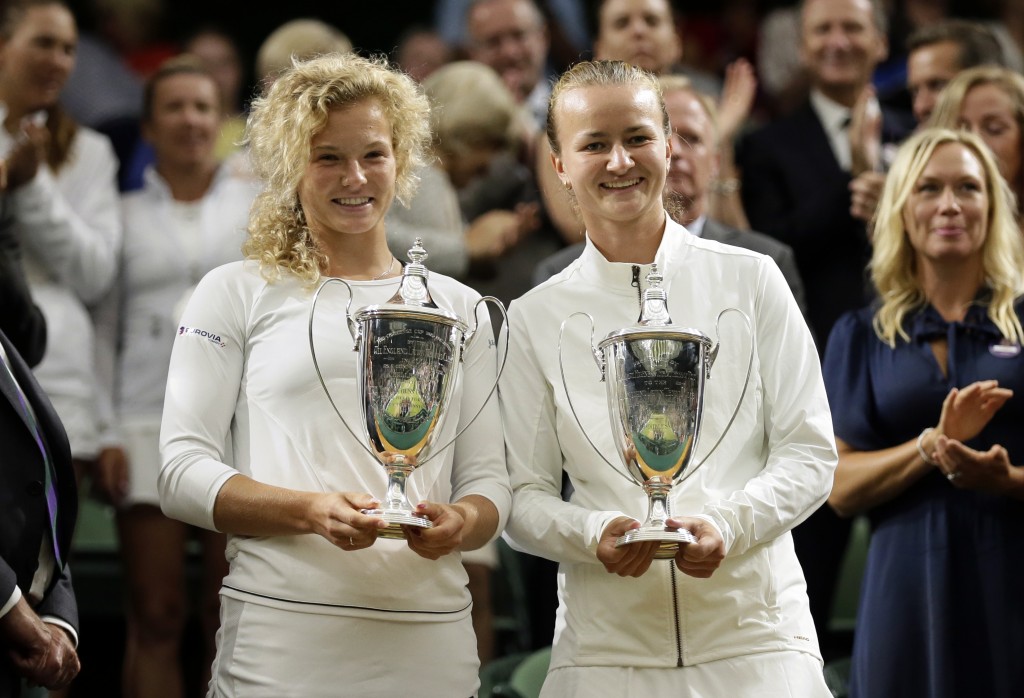 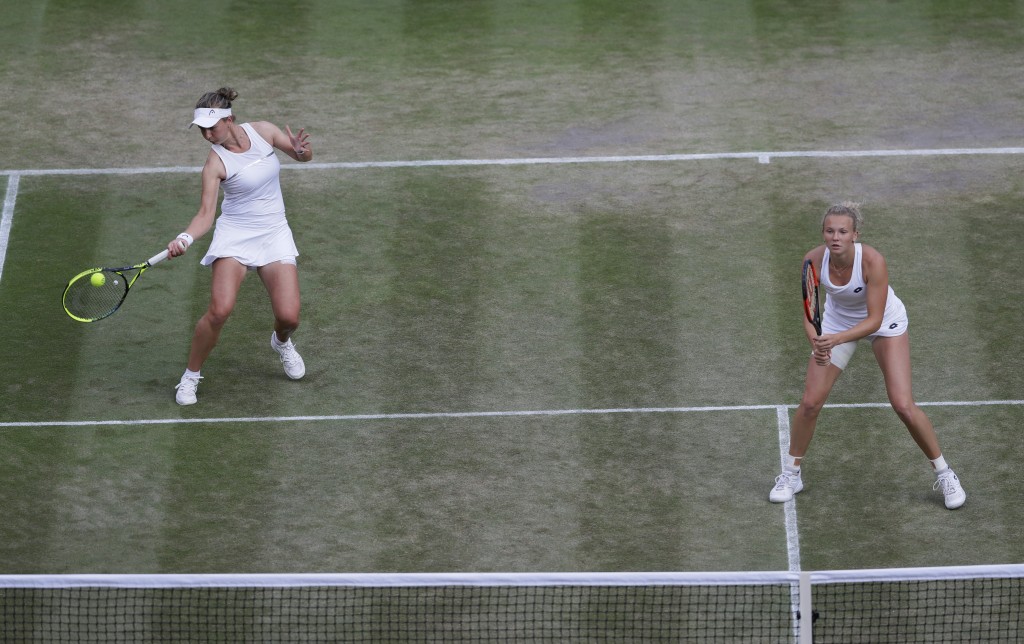 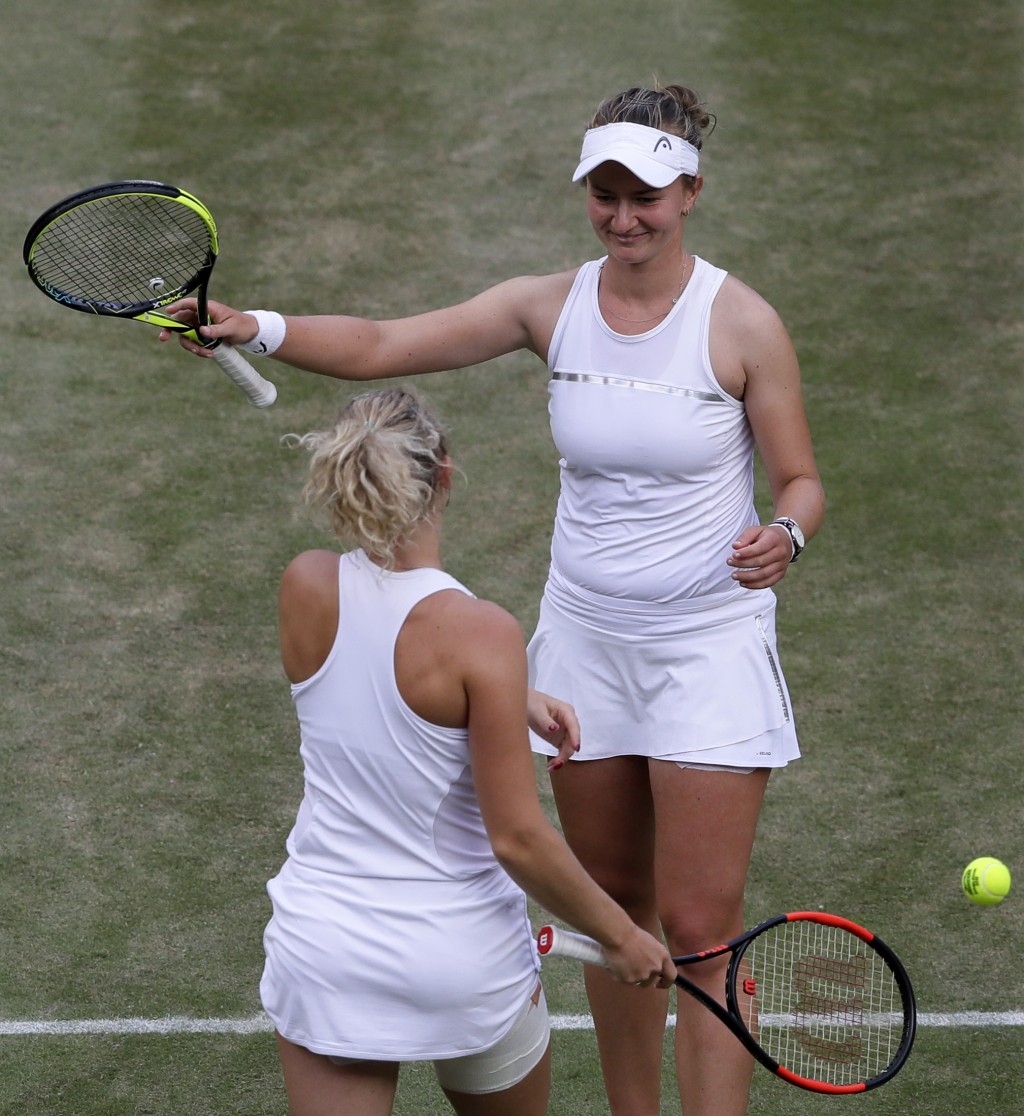 Krejcikova and Katerina Siniakova, both 22 from the Czech Republic, won their second successive Grand Slam title with a 6-4, 4-6, 6-0 victory over Kveta Peschke and Nicole Melichar on Saturday.

As well as becoming the first pairing since 2003 to win the French Open and Wimbledon back-to-back, they also became the first to claim both the girls' and women's doubles titles at the All England Club, after winning as juniors in 2013.

But there was another piece of history that was more poignant for Krejcikova. Their title came exactly 20 years after her mentor and compatriot Jana Novotna won the Wimbledon singles title.

Novotna died from ovarian cancer in November last year. As she did at the French Open in June, Krejcikova blew a kiss to the sky following the match.

After winning their first major title at the French Open last month, the pair emphatically stopped a comeback attempt from fellow-Czech Peschke and American Melichar.

With just one point separating the teams after the opening two sets, the third-seeded Krejcikova and Siniakova raised their game against their 12th-seeded opposition to win 28 of 39 points and every game in the deciding set.

It had been 15 years since Kim Clijsters and Ai Sugiyama pulled off the 'Channel Slam' of triumphs in Paris and London.

"At the beginning of the tournament, I wouldn't have expected this," Siniakova said. "Now I'm here, and we have two titles. It feels just amazing."

The pair also created a record of their own by repeating their 2013 junior success.

"Juniors, it was also amazing, the feeling," Siniakova said. "But this stage, it's much, much bigger."