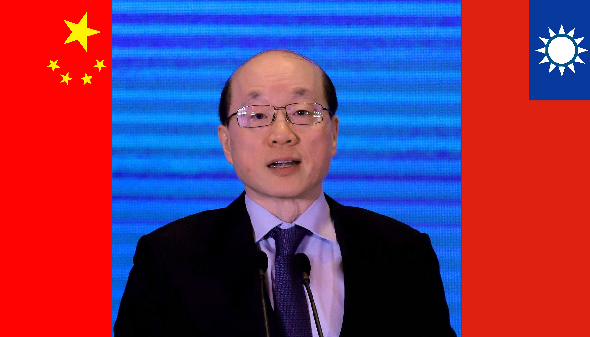 TAIPEI (Taiwan News) – Following the meeting between former KMT chair Lien Chen and Chairman of the Chinese Communist Party Xi Jinping on Friday, July 13, Chinese leadership and media are making a strong appeal for the peaceful annexation of Taiwan, along with the usual denunciations of “separatist” forces.

On the evening of July 13, the head of China’s Taiwan Affairs Office of the State Council, Liu Jieyi released a press statement outlining Xi Jinping’s supposed “Four Reasons” why Beijing will succeed in peacefully annexing Taiwan, and why “the vain separatist attempts for 'Taiwan independence' will only lead to a dead end.”

As China begins facing economic difficulties due in part to the trade conflict with the U.S. and as Taiwan increases engagement with the international community, while also bolstering national defense capabilities, it is notable that Beijing would take a step back from threatening military action in favor of a more diplomatic posture.

Liu noted that the meeting with Lien Chan was the first time that Xi Jinping has discussed Taiwan at any great length since the 19th National Congress of the Communist Party held in October 2017, reports CNA.

It should come as little surprise that Xi Jinping would feel most comfortable discussing the Communist Party’s Taiwan policy behind closed doors with a former KMT official, who has neither the authority nor the ability to negotiate policy on behalf of Taiwan’s government or its citizens.

Extolling Xi’s address to the assembled delegation, which has not been broadcast or made available to the public, Chinese state media has claimed that Xi’s words “chart a course for cross-strait relations.”

Chinese media is celebrating the secretive address as a source of “great confidence” that the annexation of Taiwan can be accomplished peacefully. Citing Liu Jieyi’s description of the momentous address by Chairman Xi, Xinhua had this to say:

The “Four Reasons” Xi cites for his confidence in cross-strait ties moving forward, as explained by Liu Jieyi, are:

1. Promotion of cross strait-ties is in the general interest of China, and improving relations conforms to trends of the times. It’s in the interests of both sides.

2. No matter the weather, people on both sides of the strait remain united with shared nationality, shared cultural identity and shared emotions.

3. Despite ups and downs, the trend is still to go forward.

4. People in China and Taiwan share a common destiny, and the yearning for closer relations is unanimous, and unstoppable.

As profound as the Chairman’s words may be, Xi Jinping and Liu Jieyi seem to have left out the actual plans for the peaceful annexation of Taiwan, which suggests these matters were possibly overlooked or just shared with the KMT representatives alone during their meeting. In closing statements Liu Jieyi, acting as Xi Jinping’s spokesman, sought to place all of the blame for current cross-strait troubles at the feet of the Tsai administration, and her stubborn refusal to acknowledge the fictional “1992 Consensus.”

Expressing a fear that Taiwan might pursue a national referendum to change its title in international sporting competitions from “Chinese Taipei” to “Team Taiwan,” Liu Jieyi claimed that such actions would only encourage “separatist forces” to lead Taiwan further astray.

Moving forward in a “new era of socialism with Chinese characteristics,” Liu stressed that China will continue to pursue “peaceful unification,” under the banner of “One China, Two Systems,” which is to say the approach to political integration currently practiced in Hong Kong.

However, in clear contrast to threatening statements regarding China’s capability to conquer Taiwan militarily, which have been on the rise over the past year, a clear statement that the CCP seeks to return to a friendlier more diplomatic approach to dealing with its neighbor may be a good sign.

But on the other hand, it also seems like a well-timed and well-crafted statement intended to give face to the KMT, and increase confidence in their party ahead of the November elections.

In a reaction to Friday morning’s meeting, Taiwan's Mainland Affairs Council (MAC) called on China to accept a realistic view of China-Taiwan relations and to respect Taiwanese public opinion, adding that the government seeks to maintain the current peaceful and stable situation of cross-strait ties, while remaining stalwart in protecting Taiwan’s sovereignty. The statement noted that "China should avoid 'negative actions' that are likely to harm bilateral relations, and should aim to resolve disputes with improved communication between governments."