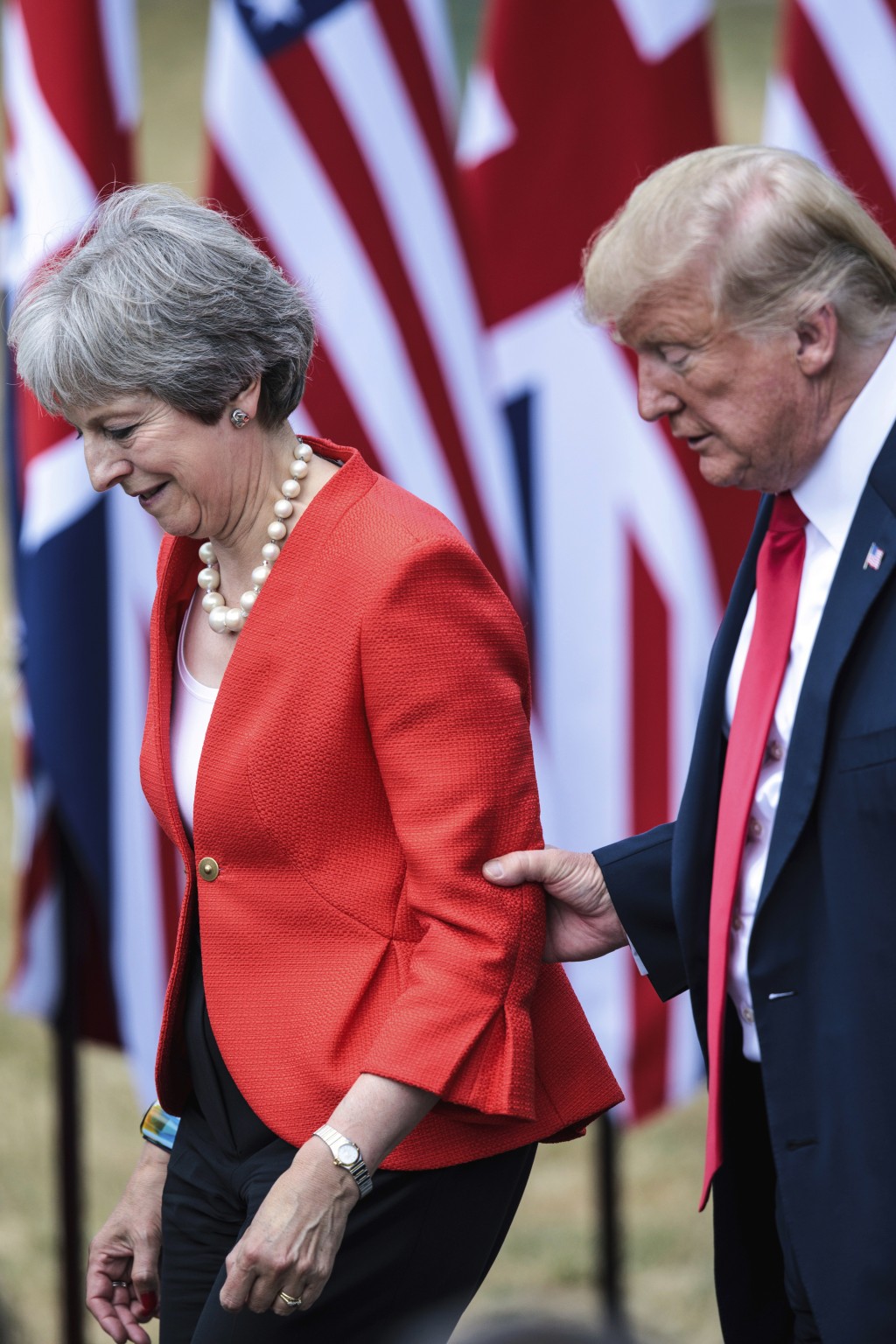 ELLESBOROUGH, England (AP) — President Donald Trump is paying tribute to the legacy of Winston Churchill. His comments come amid questions about whether the president is putting new strains on the "special relationship" between the U.S. and the U.K.

During a joint news conference with British Prime Minister Theresa May on Friday, Trump made note of his tour of a Churchill exhibit the night before at Blenheim Palace. That's the estate near Oxford where the wartime leader was born. Trump also marveled at the press conference setting at Chequers, the 16th century country residence used by British prime ministers since the 1920s.

Trump noted that it was from Chequers that Churchill phoned President Franklin Roosevelt after the attack on Pearl Harbor.

Trump's visit comes against the backdrop of tensions in the trans-Atlantic alliance.