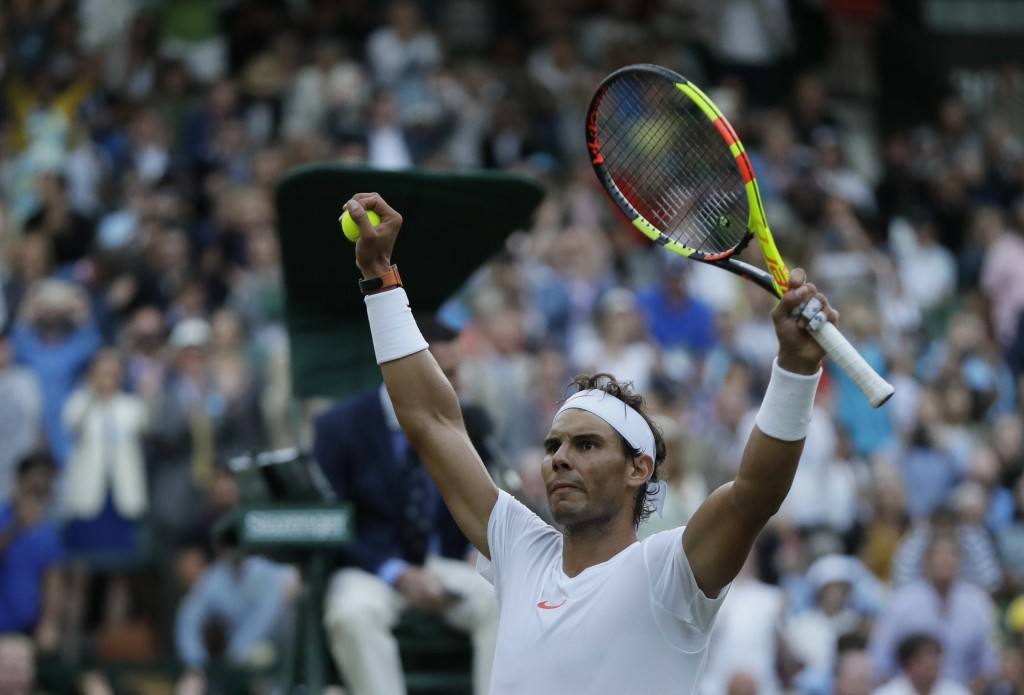 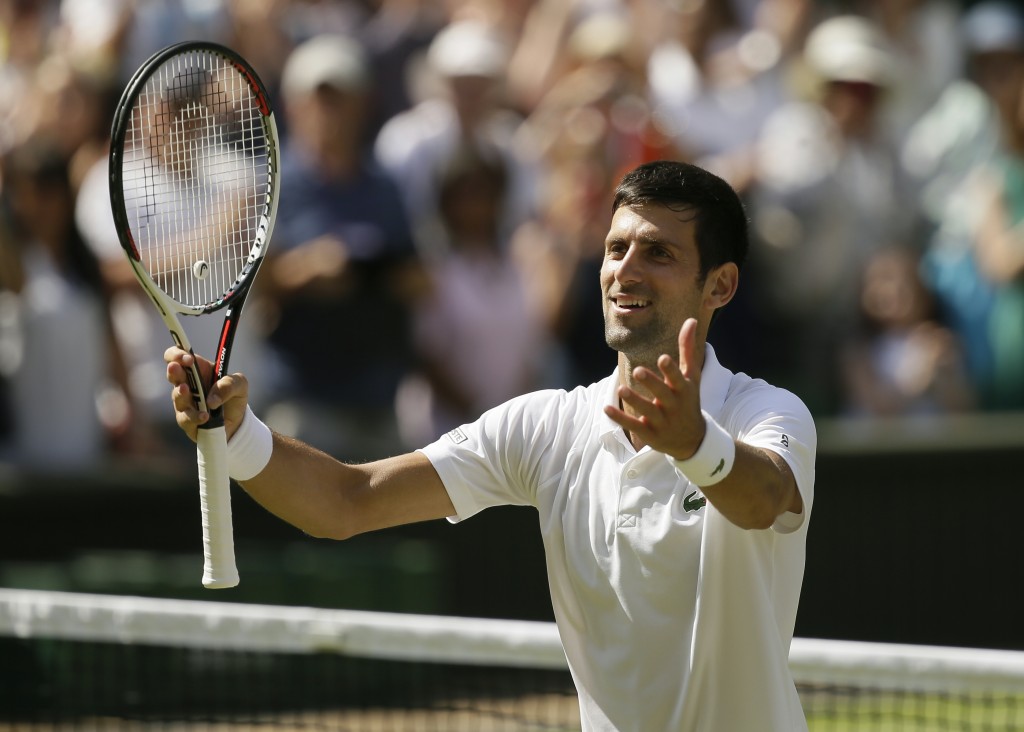 LOOKAHEAD TO FRIDAY: This is the first time all four male semifinalists at a Grand Slam tournament are in their 30s. Rafael Nadal and Novak Djokovic renew their rivalry in one semifinal, while Kevin Anderson and John Isner meet in the other. This will be the 52nd meeting between 17-time major champion Nadal and 12-time major champ Djokovic, more than any other two men ever have played each other. Nadal leads overall (26-25) and at Grand Slam tournaments (9-4), while they're even at Wimbledon (1-1), where Djokovic won their 2011 final. It's the 12th matchup between No. 8 seed Anderson and No. 9 Isner, who leads the head-to-head 8-3. Neither has won a major title, although Anderson came the closest, losing to Nadal in last year's U.S. Open final. Isner hadn't even been as far as the quarterfinals at any Slam since 2011, until making a run at the grass-court tournament where he is best known for having won the longest match in tennis history, 70-68 in the fifth set against Nicolas Mahut in 2010. "For a lot of people, that's definitely the lasting image of my career," Isner said. "If I can keep going further here, I can maybe squash that." He has won all 95 of his service games in this tournament, the first man to get to the semifinals without being broken since records began in 1992. All Anderson did was eliminate Roger Federer in the quarterfinals, erasing a match point and a two-set deficit.

STAT OF THE DAY: 7 — the number of unforced errors Kerber and Williams each made during their semifinal victories.

QUOTE OF THE DAY: "I'm going to say hers because she's moving those feet now, she's walking, maybe a little too fast" — Seven-time champion Williams on whether she or her daughter Olympia has made greater improvements to their footwork in the last 10 months.