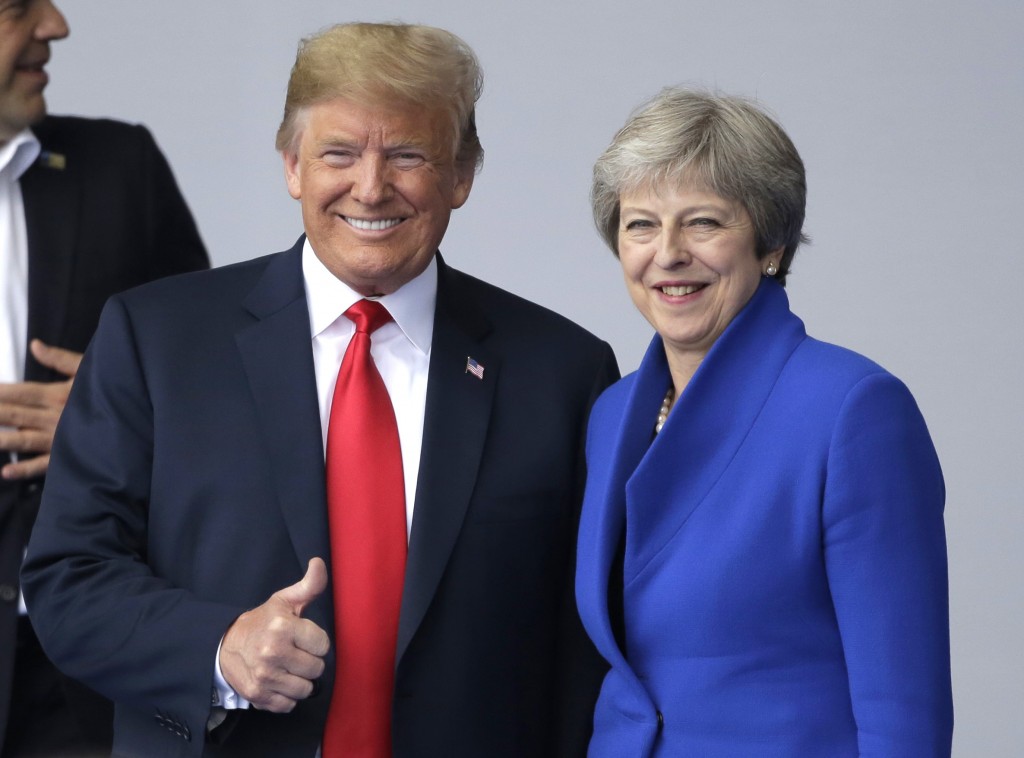 BRUSSELS (AP) — President Donald Trump is all in for Winston Churchill during his first visit to the United Kingdom as president, paying his respects to an icon of American conservatives who coined the phrase the "special relationship."

Trump was joining British Prime Minister Theresa May for a black-tie dinner Thursday at Blenheim Palace, Churchill's birthplace, at the start of his trip to England.

Trump has expressed admiration for Churchill even as the president's critics contend that the parallels between the two leaders are limited, and even contradictory.

The American president's trip follows a tense summit with NATO leaders in Brussels and comes on the heels of ruptures in May's government because of the crisis over Britain's exit from the European Union.