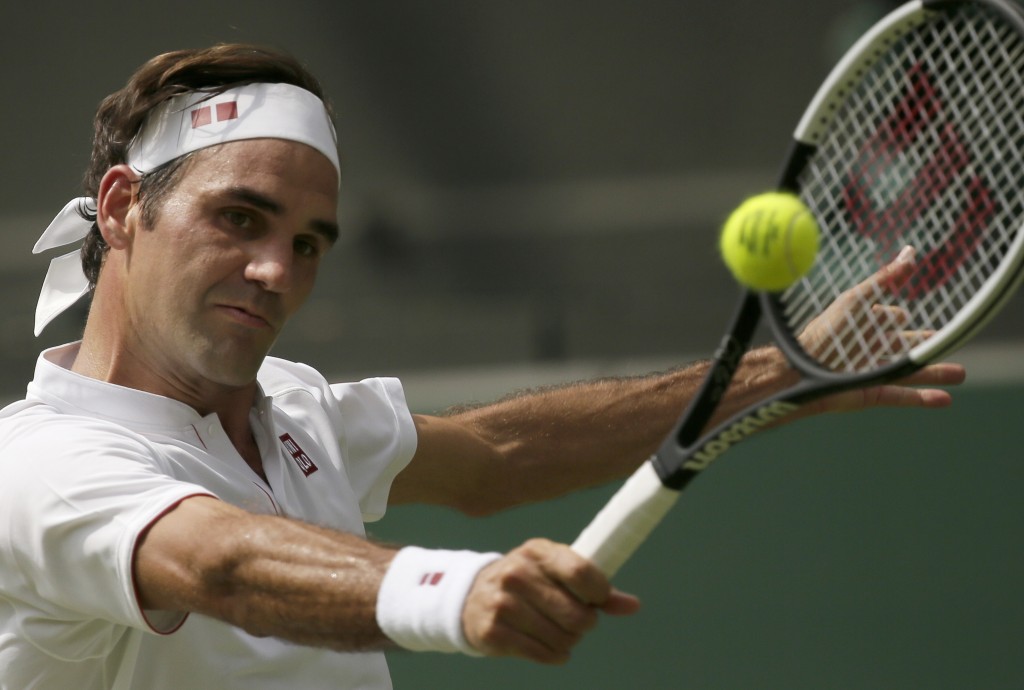 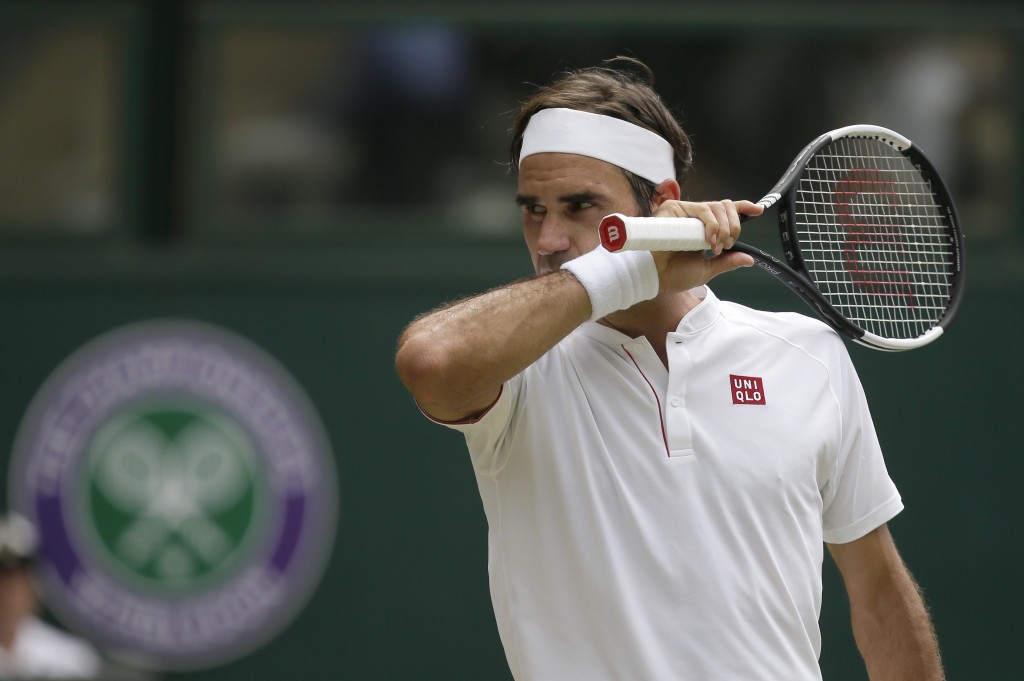 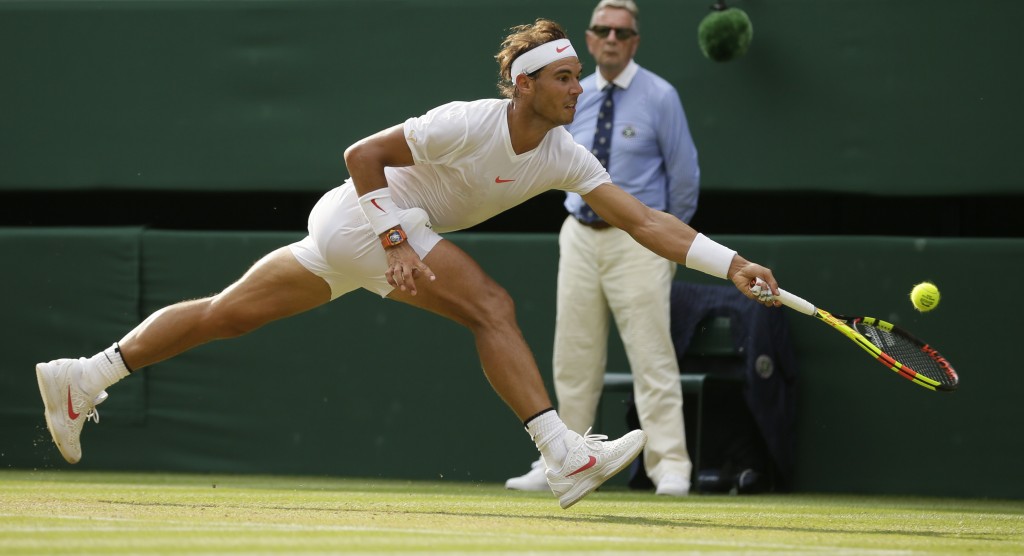 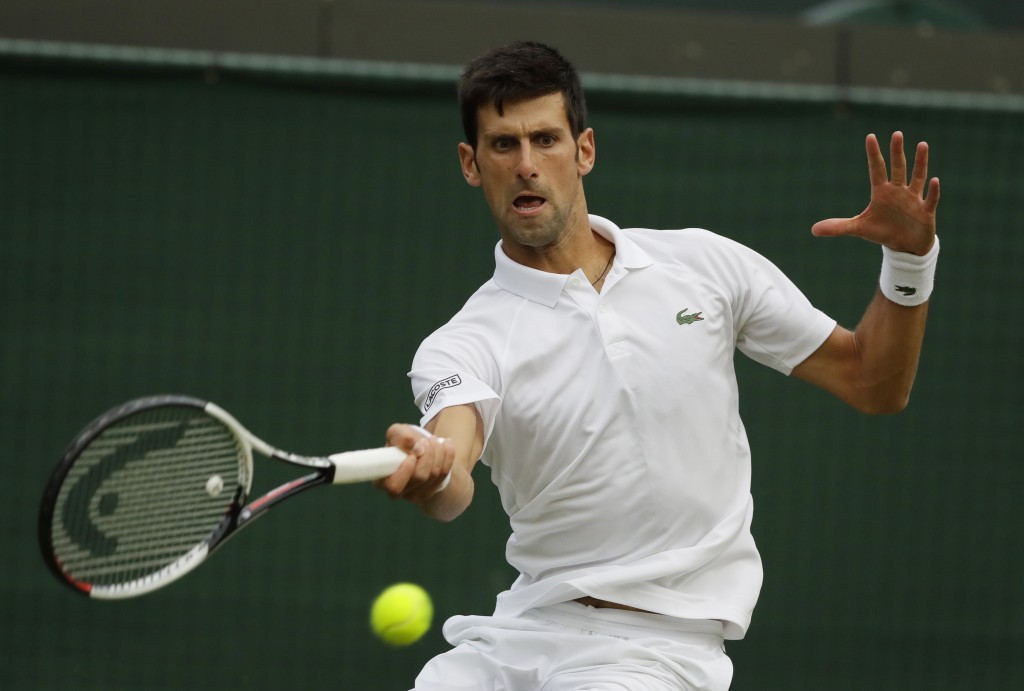 LONDON (AP) — The Latest from Wimbledon (all times local):

Roger Federer has played his first Wimbledon point away from Centre Court since 2015.

The eight-time champion's quarterfinal with eighth-seeded Kevin Anderson is underway on No. 1 Court, after Federer was scheduled away from the All England Club's main stadium for the first time since the same stage of the tournament three years ago.

Roger Federer, Rafael Nadal and Novak Djokovic headline the men's quarterfinal lineup at Wimbledon on Wednesday as the trio bid to all reach the last four at the same Grand Slam for the time since the 2012 French Open.

Defending champion Federer will play in the unfamiliar surroundings of Wimbledon's No. 1 Court as he takes on eighth-seeded Kevin Anderson. It is the first time since 2015 that the eight-time champion will play away from Centre Court.

Having played three of his opening four matches away from Centre Court, three-time champion Djokovic's request to have his quarterfinal with 24th-seeded Kei Nishikori played in the main stadium was granted.