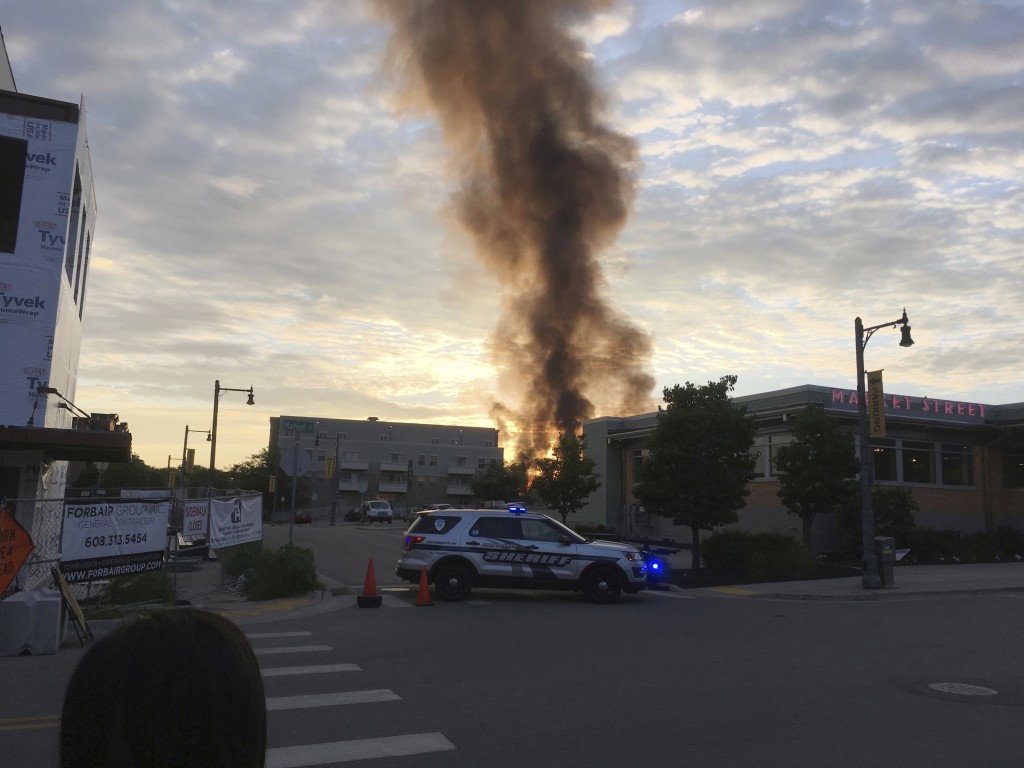 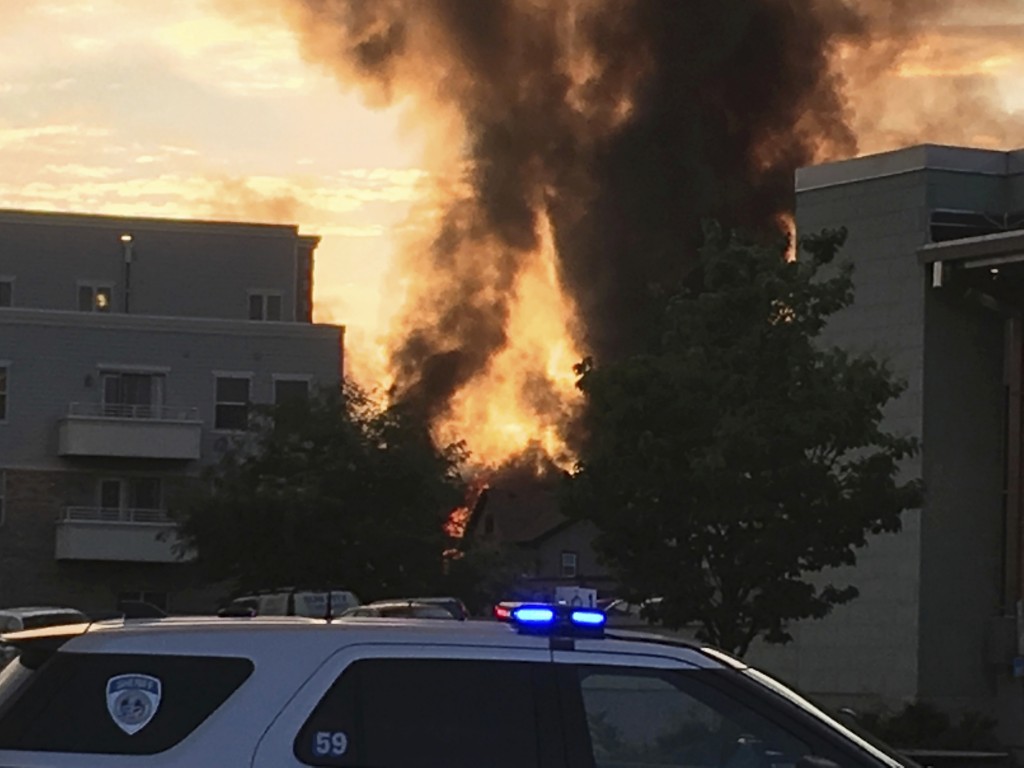 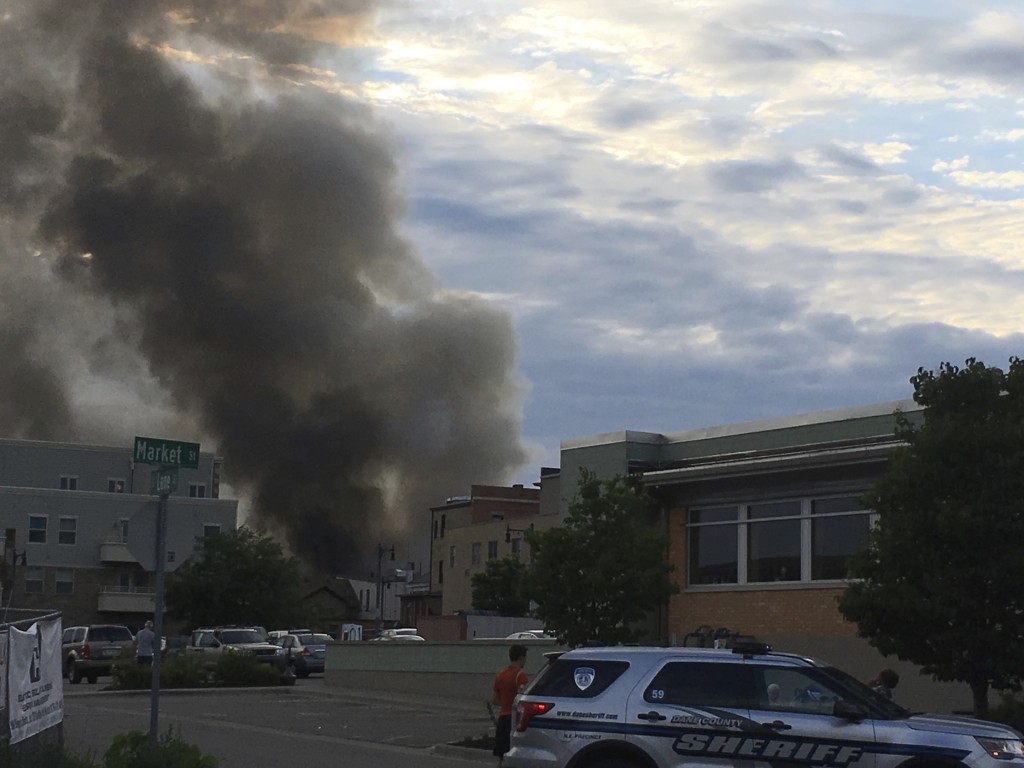 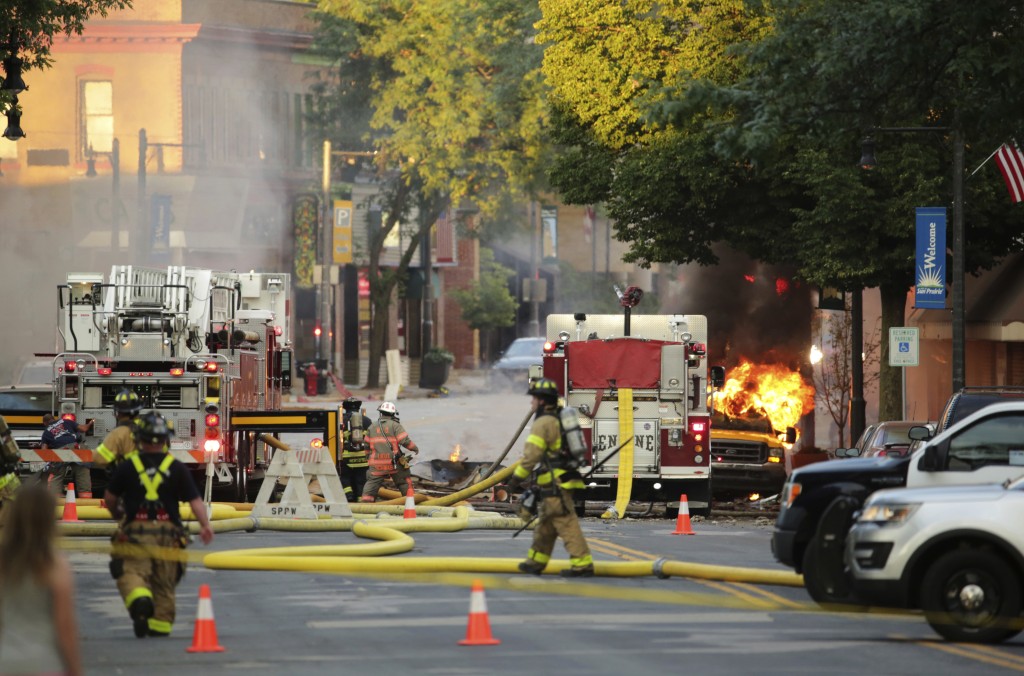 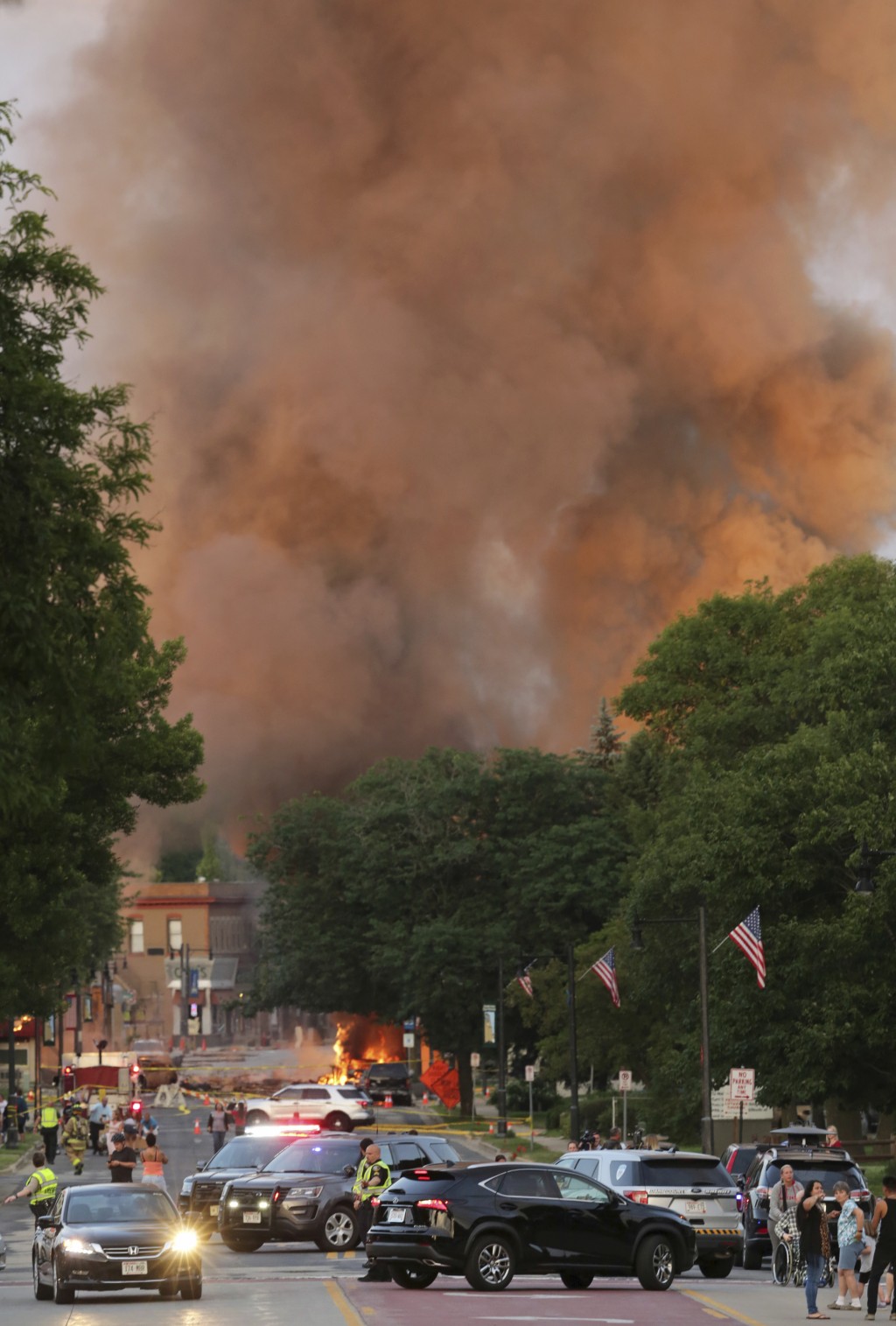 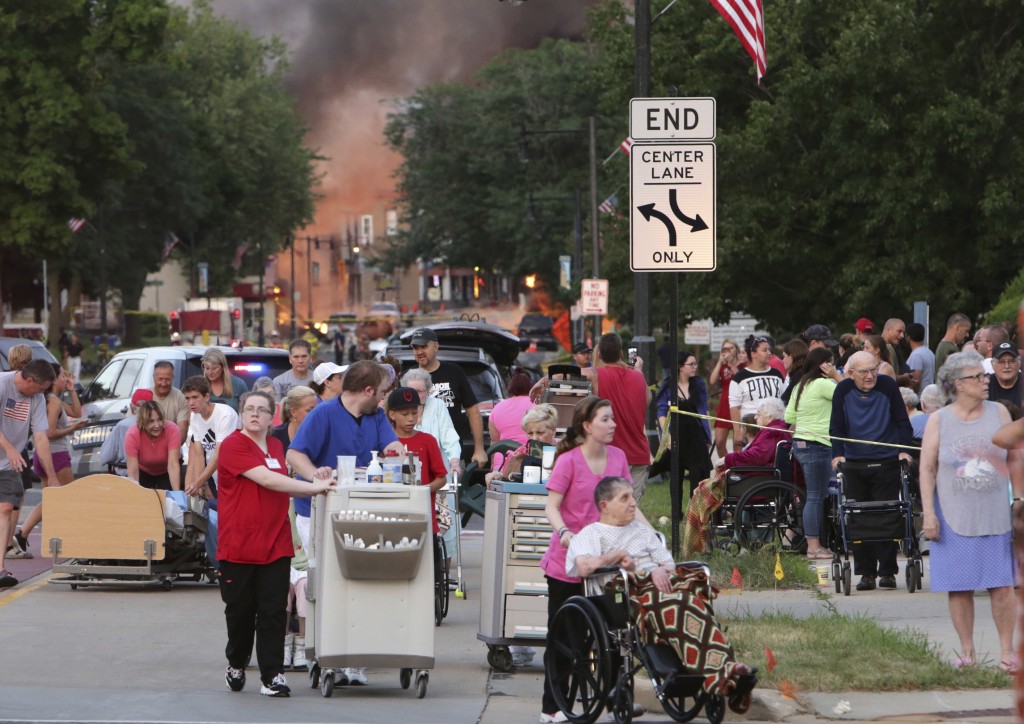 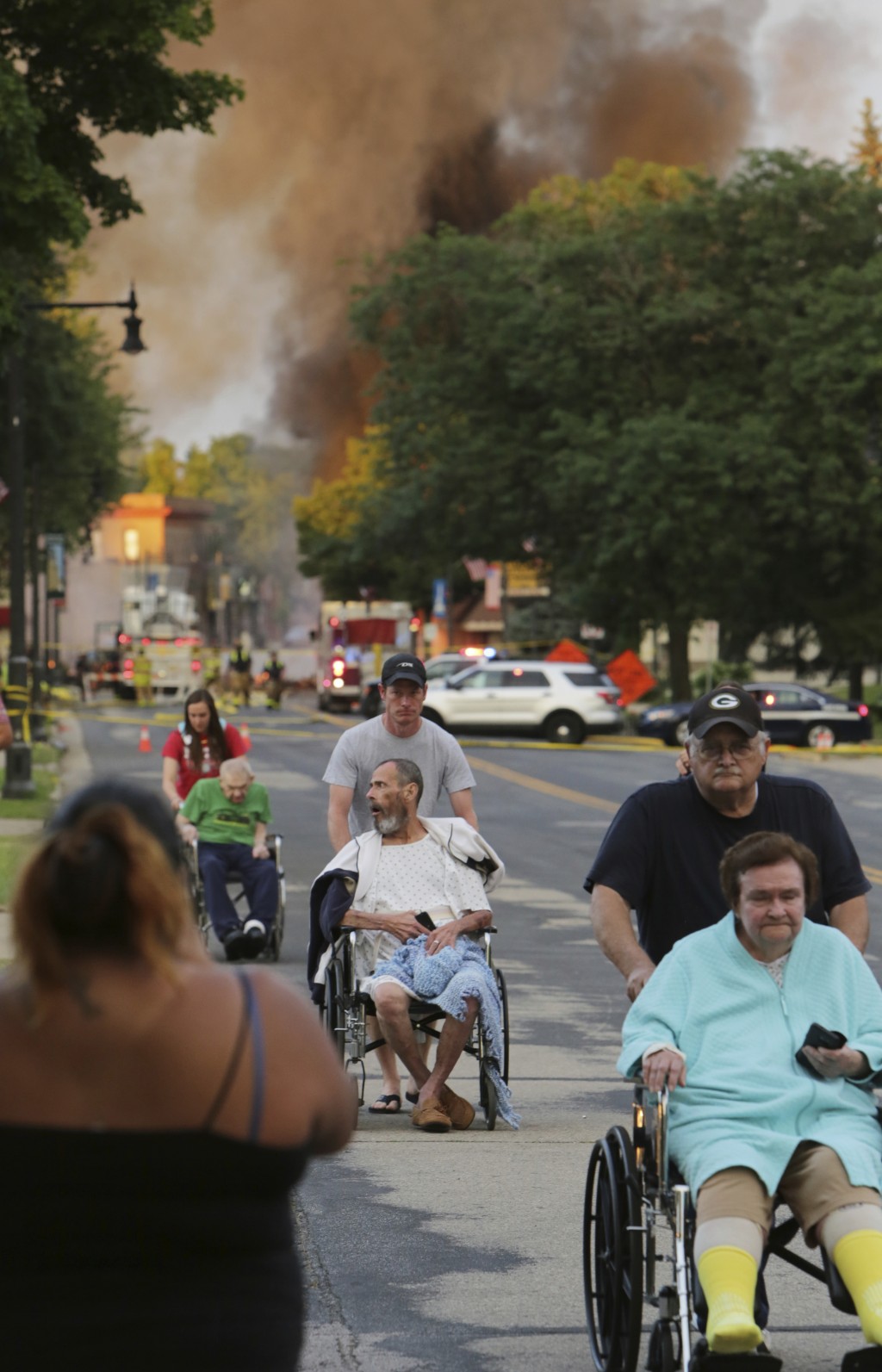 SUN PRAIRIE, Wis. (AP) — The Latest on the fatal gas explosion and fire in Sun Prairie, Wisconsin (all times local):

One firefighter has died and another was critically injured in a gas explosion and fire that leveled several buildings in downtown Sun Prairie.

Authorities said at an early Wednesday morning news conference that at least six firefighters were injured along with some civilians when a private contractor struck a natural gas main about 6:30 p.m. Tuesday.

Firefighters arrived to investigate the leak and cordon off the area. The buildings exploded a short time later raining debris in the downtown area. The fire resulting from the explosion ignited some cars parked in the area.

A plume of smoke could be seen for miles around the community of 30,000 near Madison.

A police lieutenant in a suburb of Madison, Wisconsin, says no deaths have been reported after an explosion rocked the downtown area but that authorities will be searching buildings.

Lt. Kevin Konopacki says two firefighters and a police officer were injured Tuesday in Sun Prairie when the blast occurred. He says some civilians suffered minor injuries but none needed to be hospitalized.

He didn't know the exact number of civilians hurt.

The explosion happened after a contractor struck a natural gas main. Firefighters and police in the community of about 30,000 had responded and Konopacki says an evacuation was underway when the blast occurred.

A WE Energies spokeswoman says workers for a contractor apparently punctured a natural gas main, sending gas leaking into a building ahead of the explosion.