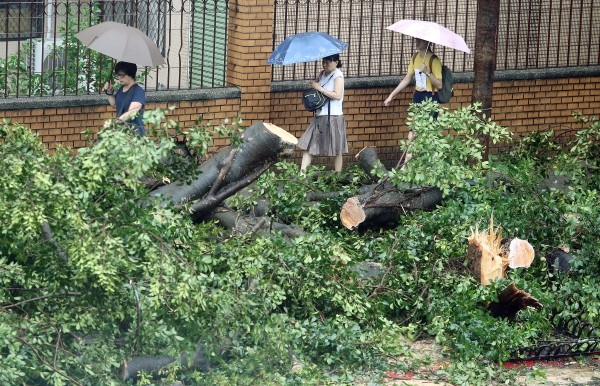 TAIPEI (Taiwan News) -- A man in New Taipei City accidentally fell to his death while inspecting his doors and windows early this morning (July 11) as wind gusts buffeted his home, marking the first reported death from Typhoon Maria, reported TVBS.

At approximately 2 a.m. this morning, as strong wind gusts pounded his home, a man in New Taipei City's Ruifang District went to check on his doors and windows. Suddenly, the man lost his balance and fell from the second story.

Though it was only a two-story fall, because he fell head first, he suffered severe head trauma.

The man was immediately rushed to the hospital, where he succumbed to his injuries. The tragic accident is the first death attributed to Typhoon Maria in Taiwan thus far.