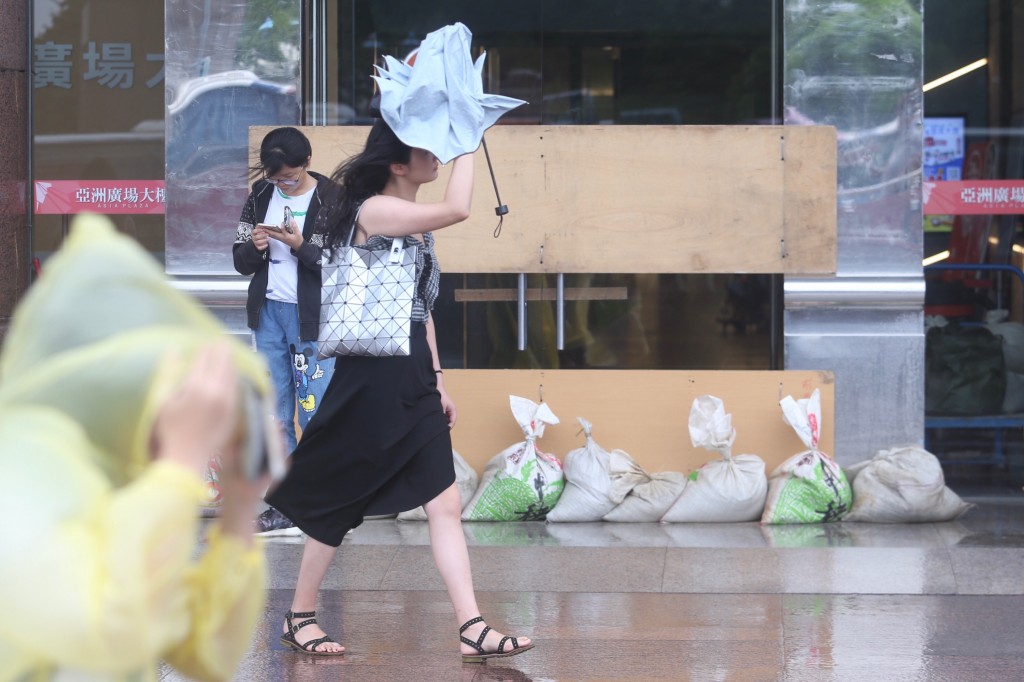 By 6:15 p.m, the eye of the storm was located 290 kilometers east of Yilan and heading west-northwest at a speed of 31 km per hour. The highest windspeed near its center was 173 kph, with gusts of up to 209 kph, while still strong no longer enough to qualify as a super typhoon, experts said.

The weather bureau warned that even though its status had been downgraded, the storm still posed a serious threat to Taiwan, as it was likely to bring torrential rains to the island from Tuesday night through Wednesday morning.

During its passage, Typhoon Maria would still cover most of Northern and Central Taiwan down to and including Nantou and Hualien Counties, as well as the offshore island of Matsu, the Central News Agency reported.

The storm was no longer expected to make landfall in Taiwan, though it would arrive in China’s Province of Fujian by noon Wednesday, reports said.