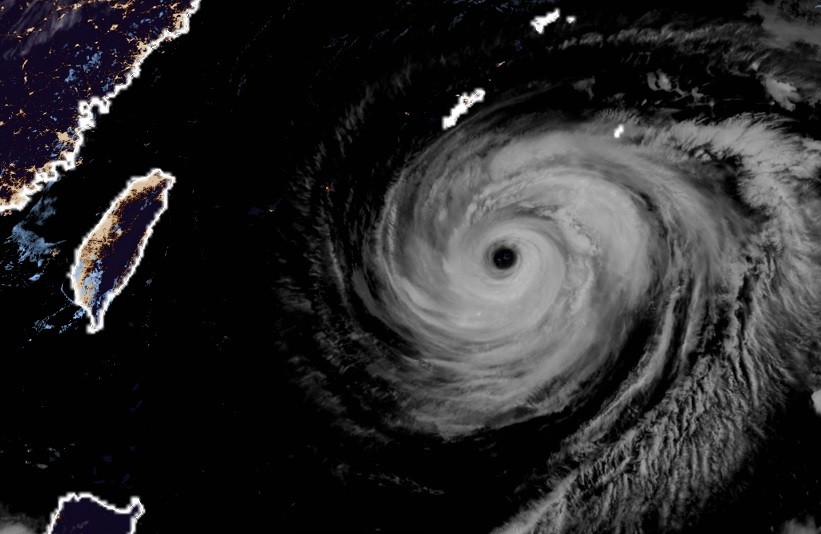 TAIPEI (Taiwan News) -- The Central Weather Bureau (CWB) issued a land warning for Super Typhoon Maria at 11:30 p.m. on Monday evening (July 9) as the periphery of the storm draws within 18 hours of making landfall in the country.

As of 11 p.m. last night, Super Typhoon Maria was located 810 kilometers east of Yilan and moving in a northwesterly direction at a speed of 30 kilometers per hour.

The storm's periphery is rapidly approaching the waters off eastern, northern, northeastern and southern Taiwan.

Since land warnings are issued 18 hours before the periphery of a typhoon impacts land, it can be deduced that the CWB is anticipating that the periphery of Maria will make landfall on Tuesday evening, around 5:30 p.m. A warning has been issued for vessels navigating and operating in the waters off eastern, northern, northeast and southern Taiwan (including Orchid Island and Green Island), as well as in Taiwan Strait.

*Coastal areas of northern, southwestern, eastern of Taiwan, as well as Green Island, Orchid Island, the Hengchun Peninsula, and Matsu will have large waves, therefore people are advised to avoid going to the beach in these areas. CWB map of Maria as it approaches Taiwan.