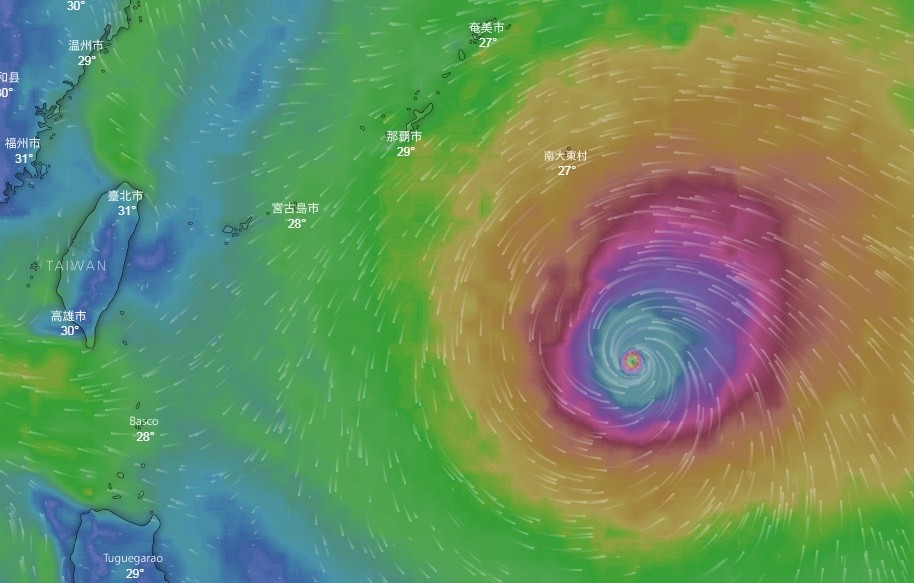 TAIPEI (Taiwan News) -- As Super Typhoon Maria rapidly closes in on Taiwan, the Central Weather Bureau (CWB) issued a sea warning at 2:30 p.m. this afternoon (July 9), with a land warning likely before midnight.

As the periphery of the storm is rapidly approaching, a warning has been issued for vessels navigating and operating in the waters off eastern, northern, northeast and southern Taiwan (including Orchid Island and Green Island).

The CWB advises against any beach activities on the coastal areas of northern Taiwan, eastern Taiwan, Orchid Island, Green Island, the Hengchung Peninsula, and Matsu due to high waves.

Yesterday, passenger ship companies in Taitung County, eastern Taiwan announced that the operation of all ships between Taitung and either of the offshore islands of Orchid Island and Green Island will be suspended on July 10 and 11 due to Super Typhoon Maria.

The CWB said it will probably issue a land warning before midnight tonight. Since land warnings are issued 18 hours before the periphery of a typhoon impacts land, it can be deduced that the CWB is anticipating that the periphery of Maria will make landfall on Tuesday evening, around 6 p.m.