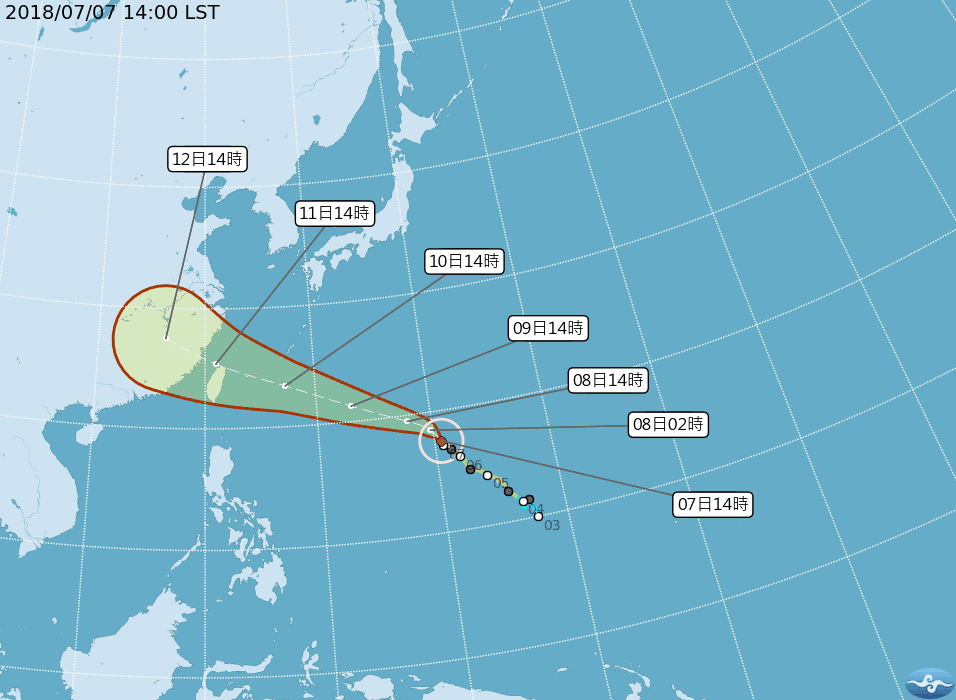 By Saturday afternoon, the eye of the storm was located 2,200 kilometers east-southeast of Taiwan’s southern tip, and it was moving northwest relatively slowly at a speed of 12 km per hour, the Central News Agency reported.

Due to a strong high pressure system, the super typhoon’s route was constantly being pushed toward the south. As a result, the eye might either skirt Northern Taiwan or even make landfall on Wednesday July 11, forecasters said.

Sea alerts could be issued Monday evening, with land alerts likely to follow on Tuesday, but the worst of the storm was likely hit from Tuesday evening until Wednesday, according to the weather bureau.

According to the map showing the bureau’s predictions, even though the storm eyes might pass north of Taiwan, all of the island would fall inside the storm’s reach.

As Super Typhoon Maria was still several days away, changes were still possible, so the bureau advised the public to keep following its weather advisories and latest developments.

Even without a typhoon, heavy rain was already predicted for Saturday in several parts of Taiwan, reports said.