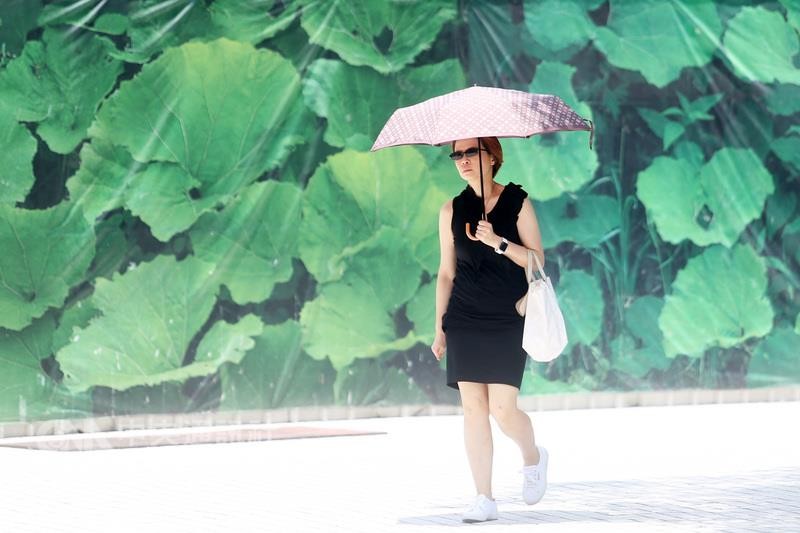 TAIPEI (Taiwan News) – The mercury reached 38.5 degrees Friday, making this the hottest day of the year so far for Taipei, the Central Weather Bureau said.

For the month of July, it was the second highest temperature ever recorded in the Taiwanese capital, the Liberty Times reported. In July 1921, 2007 and 2010, the mercury reached 38.6 degrees, according to weather bureau data.

The highest temperature for Taipei this year so far was 38.2 degrees, registered on May 27.

The high for Friday and for the year was recorded at 1:34 p.m., registering as an “orange” heat alert under the new color-coded system used by the bureau. Orange means at least 38 degrees on one day or more than 36 degrees for at least three consecutive days expected.

A yellow alert, meaning temperatures above 36 degrees, was in force for other parts of Northern Taiwan such as New Taipei City, Yilan County, Taoyuan City, Hsinchu City and County, and for the east coast county of Hualien.

Despite the high temperatures, the weather bureau also issued rain alerts for mostly mountainous parts of 14 counties and cities, reaching all the way from New Taipei City in the north to all of Pingtung County in the south, and Penghu County in the Taiwan Strait.

During the weekend, it would also became clearer how Typhoon Maria might impact Taiwan early next week, considering it had been gaining strength and was moving in a general direction which might take it closer to Northern Taiwan, forecasters said.