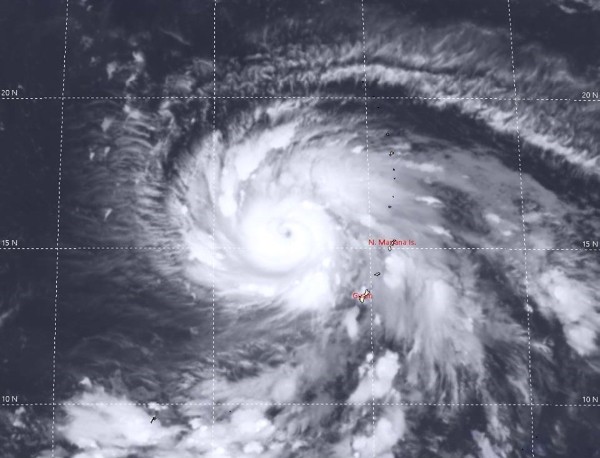 TAIPEI (Taiwan News) -- In the same day that Typhoon Maria was upgraded from a tropical storm to a typhoon, it has already been rated as a category 5 typhoon by Tropical Storm Risk (TSR) and if it veers toward Taiwan, the impact will be felt as soon as Tuesday (July 10).

As for the risk to Taiwan, WeatherRisk Explore Inc. President Peng Chi-ming (彭啟明) said that Sunday will be the key day to determine whether Maria will move toward Taiwan. At the moment, Peng says that the typhoon is on a track to hit Japan's Ryukyu Islands.

Based on current models, Peng says that the center will be closest to Taiwan on Tuesday (July 10th), which will bring moisture from the south to at the very least cause heavy rains in Taiwan.

Earlier in the day, Daniel Wu (吳德榮), an independent meteorologist and adjunct professor at National Central University, said that over the next five days Maria will first head due west before shifting to a west-northwest path. By 2 a.m. Wednesday (July 11), Wu predicts that the storm will reach Japan's Ryukyu Islands, however there is a still a wide degree of uncertainty as to its precise path at this stage.

If a high-pressure system over the Pacific strengthens, Maria will veer more towards the south in the direction of northern Taiwan, if the high pressure system weakens, it will spiral northward and will have less of an impact on the country. Wu emphasized that it is still too early to predict with certainty that the typhoon will directly impact Taiwan, therefore he recommends continued monitoring of the storm's path until a higher degree of precision can be achieved.