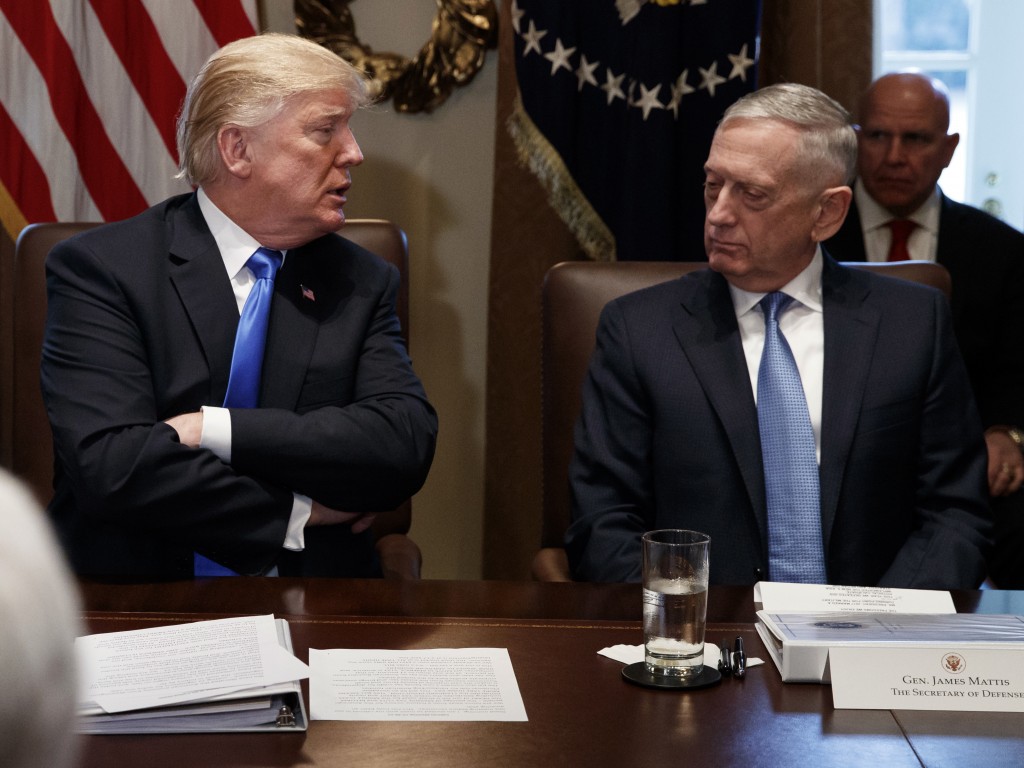 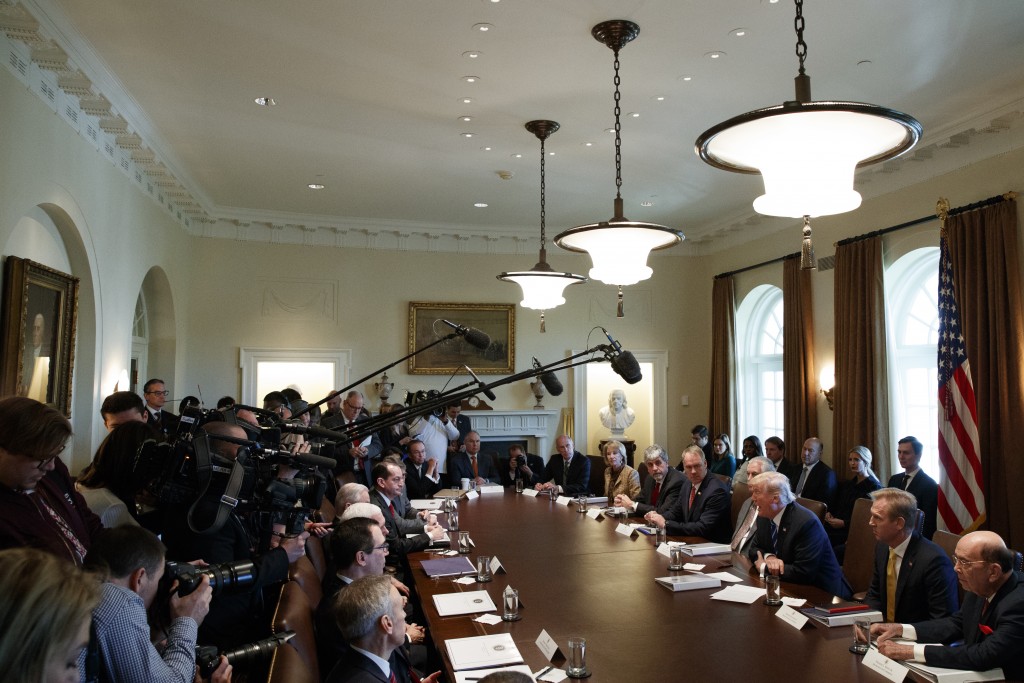 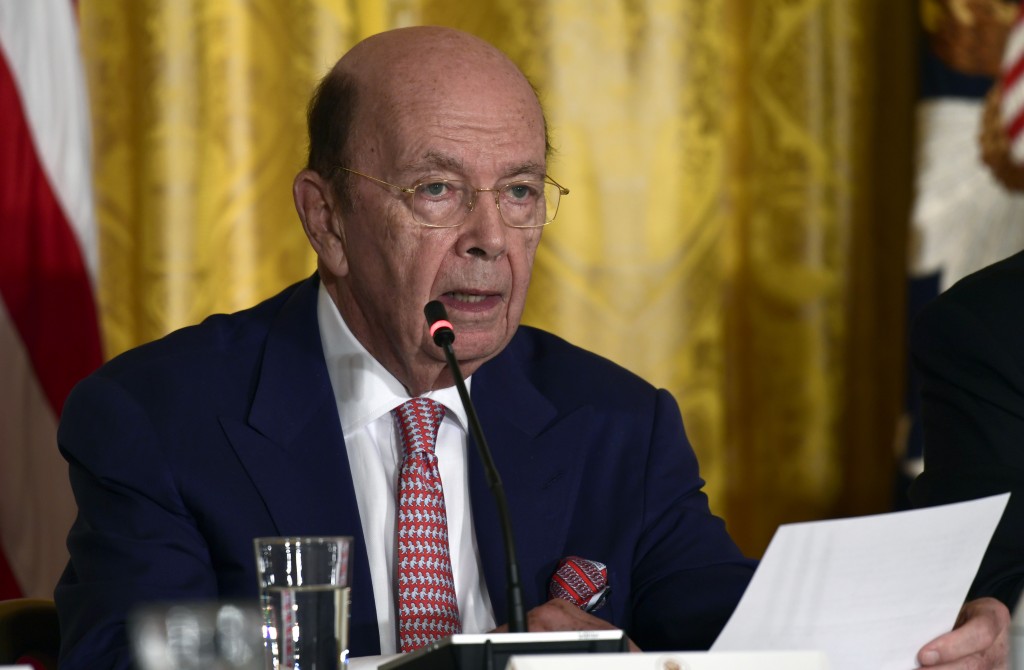 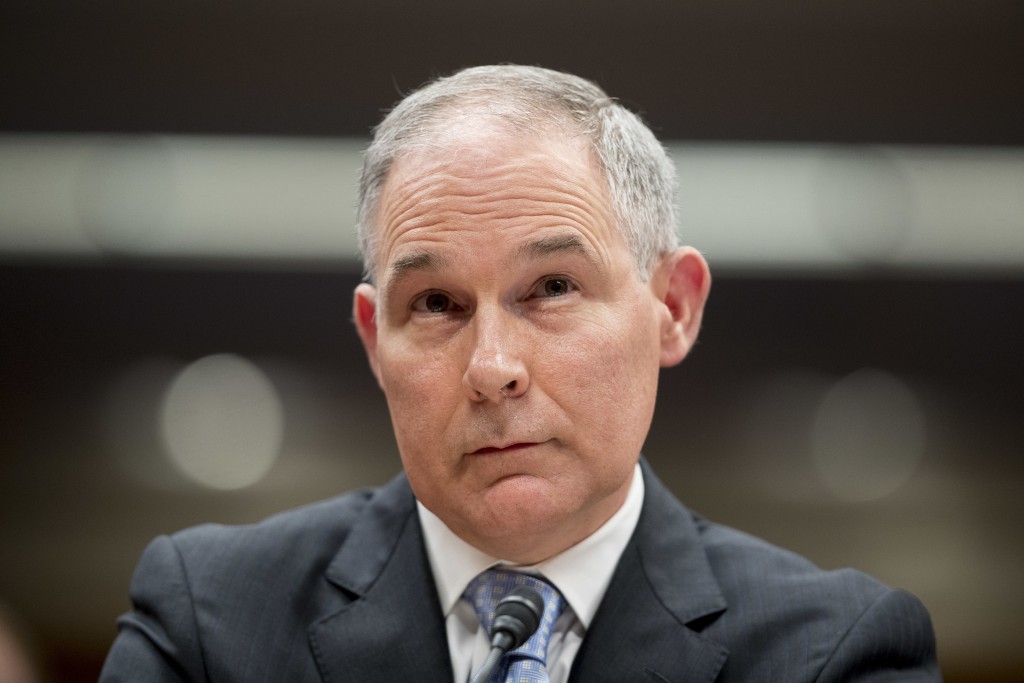 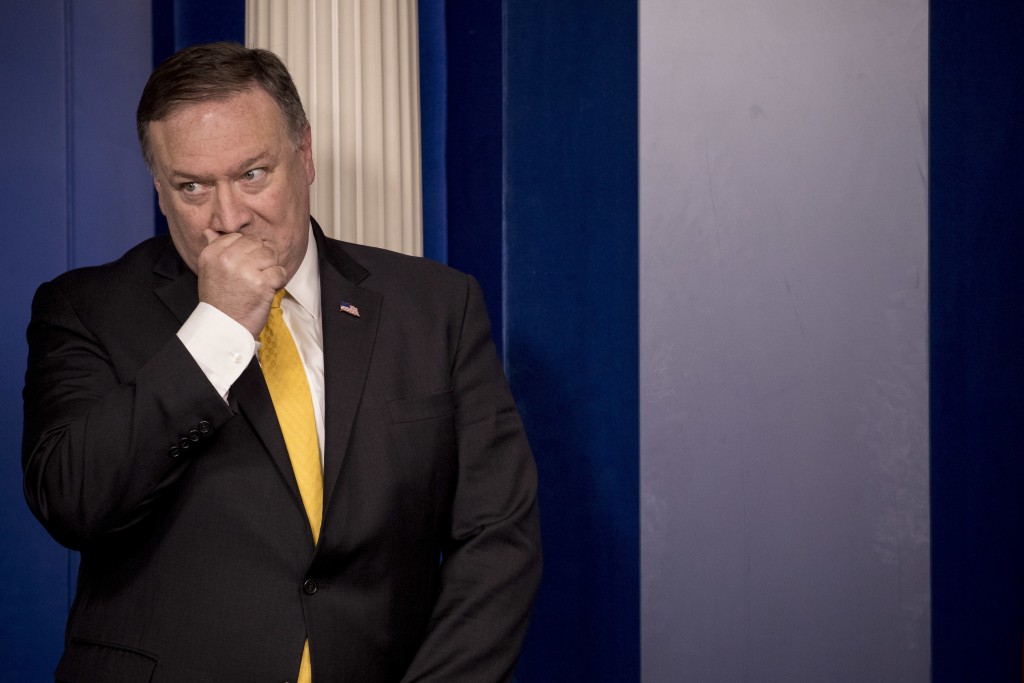 WASHINGTON (AP) — Commerce Secretary Wilbur Ross came in for an Oval Office tongue-lashing after he used a mundane soup can as a TV prop. Defense Secretary Jim Mattis got overruled by President Donald Trump's announcement that a new "Space Force" is in the offing. Environmental Protection Agency head Scott Pruitt caught a sharp admonition from Trump to "knock it off" after his ethics problems dominated cable television — and was gone from the job a few months later.

Welcome to the Trump Cabinet, where broad opportunities to reshape the government and advance a conservative agenda come with everyday doses of presidential adulation, humiliation, perks and pestering. Sometimes all at roughly the same time.

Members of the president's Cabinet have a measure of prestige and power. They can streak across the skies in Air Force One with Trump, act unilaterally to roll back regulations not to their liking and set policies with far-reaching implications for millions of Americans. But they also can quickly find themselves in a harsh spotlight when an administration policy comes under question.

With the issue of migrant children separated from their families dominating headlines, Health and Human Services Secretary Alex Azar was so determined to get a better handle on the 12,000 migrant children under his department's care that he was up until 1 a.m. one night last week personally poring through cases in the operations center of the bunker-like HHS building at the foot of Capitol Hill.

The Cabinet members are lashed to a mercurial president who has been known to quickly sour on those working for him and who doesn't shy from subjecting subordinates — many of them formerly powerful figures in their own rights — to withering public humiliation. Think Attorney General Jeff Sessions, a former senator who was labeled early on as "beleaguered" by presidential tweet and who has since been repeatedly subjected to public criticism.

For all his bad press, Pruitt managed to last longer than many in Washington had expected. But on Thursday, Trump tweeted that Pruitt had resigned, later explaining that the EPA chief felt he had become a "distraction" from the president's agenda.

Trump's Cabinet, a collection of corporate heavyweights, decorated generals and influential conservatives, has been beset by regular bouts of turnover and scandal. A Cabinet member's standing with Trump — who's up, who's down; who's relevant, who's not —is closely tied to how that person or their issue is playing in the press, especially on cable TV.

Over the last 16 months, that dynamic has resulted in a Cabinet with varying tiers of influence with the president. Though all 24 Cabinet members, including the vice president, can, at times, have the president's ear, some have been able to consistently influence Trump behind the scenes and mostly retained his respect. Others have fended off — so far — a swarm of accusations of ethical violations and moved steadily forward enacting the president's agenda. A third group has largely flown under the radar, their names out of the headlines and their jobs seemingly secure.

Trump, like many modern presidents, has consolidated power in the West Wing and largely judges his Cabinet members by how well they reflect upon him, according to nearly two dozen administration officials, outside advisers and lawmakers. Most of those interviewed for this account spoke on condition of anonymity because they were not authorized to talk publicly about private discussions.

One key measure of the effectiveness of Cabinet members has been their ability to manage up to the president — and manage their disappointment when he ignores their counsel.

Mike Pompeo, first as Trump's CIA director and now as his secretary of state, has seemingly cracked that code.

During a classified briefing on economic assistance for one African nation, the then-CIA director whipped out an annotated map, pointing out where U.S. troops were located and showing how aid contributed to their counter-terrorism mission. One official in the room said Pompeo presented the map as though he had worked it up the night before, rather than his teams of analysts, earning brownie points and a sympathetic response from the president.

Pompeo's stock with the president ran deep as an early supporter. But as CIA director, he worked with the national security team to try to steer the unconventional president toward more conventional approaches. Their personal relationship grew as Pompeo attended nearly every presidential daily intelligence briefing he could — always bringing visual aids.

On the opposite end of the spectrum is Sessions, whom Trump has tormented publicly in an onslaught of tweets and interviews while, in private, often refusing even to speak his name, sometimes just referring to him simply as "one of my attorneys." He unloads to confidants whenever Sessions appears on the TV in his private West Wing kitchen or his office on Air Force One. And he has accused the Justice Department of conspiring against him.

But to his deep frustration, Trump has been restrained from firing Sessions, for at least as long as special counsel Robert Mueller's probe continues. The attorney general has support from conservatives and Republican senators, and Trump's confidants, including attorney Rudy Giuliani, believe that dismissing Sessions would upend the special counsel's investigation.

Sessions, for his part, has largely been silent in the face of Trump's attacks. Earlier this year, to mark the one-year anniversary of his confirmation, his senior aides gave him a gift: a bulletproof vest emblazoned with his name.