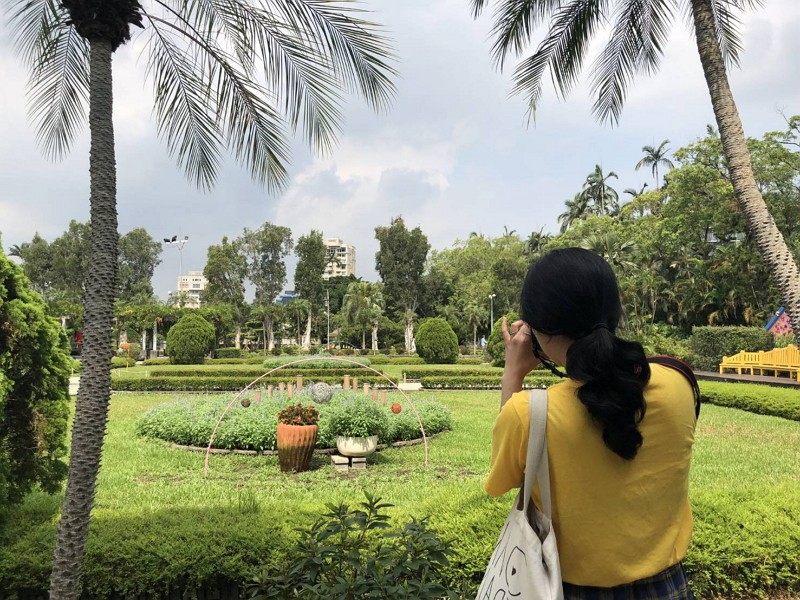 Having visited the capital of Taiwan before, Kim said she was impressed with Taipei’s convenient MRT which makes most tourist attractions easily accessible. At the invitation of the Department of Information and Tourism, she tried her hand at making pineapple cakes, took a stroll around Beitou’s hot spring area, and explored secret spots tucked away in the neighborhood of the landmark Taipei 101.

She was also treated to a cultural feast at the National Palace Museum, and hopped on a Taipei double-decker sightseeing bus to take in the cityscape from a different perspective.

In collaboration with the travel website KKday, the tourism agency noted that visitors from the East Asian country will enjoy a 3 percent to 10 percent discount for travel packages offered by the platform from July 1 through November 30. The first 4,000 South Korean customers will receive a Fun Taipei travel pack.

To acquaint visitors with Taipei’s gastronomic culture, a Facebook check-in event “Korean Gourmand” (韓老饕) is also being held for South Korean tourists, who will be able to enjoy preferential offers at a number of local restaurants, souvenir stores, and hotels.

What’s more, the agency joined hands with the wireless internet service provider HORIZON to provide pocket wifi rental at only NT$70 a day. Individuals from South Korea can visit the company’s website and key in the code “FUNTAIPEI” to access the offer. According to statistics from the Tourism Bureau, Taiwan saw more than 1 million visitors from South Korea in 2017, posting a 19 percent year-on-year increase. The signing of an MOU regarding “Taiwan-South Korea Automatic Immigration Clearance Program” on June 27 is expected to further boost bilateral tourism, according to the Department of Information and Tourism.