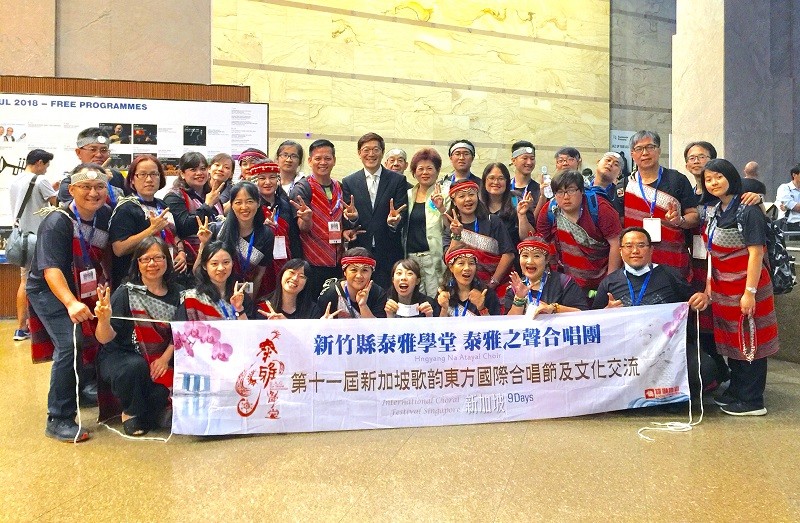 The eleventh edition of the festival took place in Singapore from July 1 to July 4.

Chen Zhi-ming (陳智明), leader of the Hngyang Na Atayal chorus, told reporters that it was the first time the chorus participated in this international choral competition, bringing to the world music stage not only Atayal but also Bunun tribal songs, according to the reports.

He said participating in the competition had allowed the chorus members to see multiple singing styles of choruses from the Philippines, Indonesia and other Southeast Asian countries and be immersed in a multi-cultural environment through interactions with choral groups from other countries.

Lin Hsin-jen (林信任), head of Tourism Bureau’s representative office in Singapore said that the Hngyang Na Atayal chorus’ earning international acclamation in Singpore will be helpful for the Tourism Bureau to promote Taiwan’s tribal tourism overseas, according to the reports.

The Hngyang Na Atayal chorus membership is made up of mostly indigenous teachers in Hsinchu County and middle school or elementary school teachers who are fond of both singing and indigenous culture and hope to convey beautiful art and music through voices.