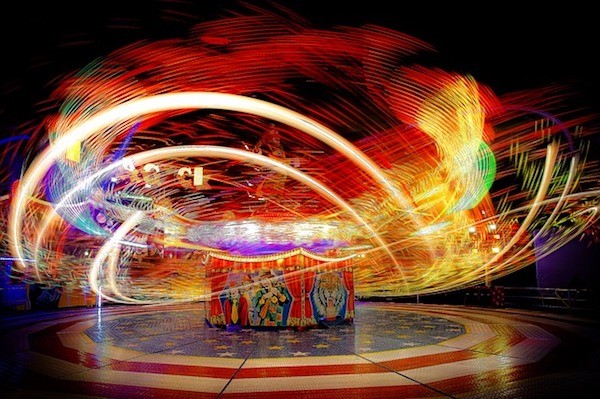 Summer is here and that means the kids are on holiday and many people are looking for something fun and exciting to do. A theme park is an obvious place to head, and while some Taiwanese people may choose to travel overseas to the likes of Disneyland in Hong Kong or Tokyo, or perhaps the Universal Studios Japan, there are no shortage of theme parks at home to be enjoyed too.

This week, it was announced that 16 of Taiwan's theme parks have got together to agree a group admission rate. That means that visitors can enjoy discounted admission rates as well as other benefits. With a great range of other theme parks deals available this summer too, there has never been a better time to visit. So, we have taken the opportunity to compile our list of the top 10 theme parks in Taiwan: The Yun Hsien Resort is located in the mountains of Wulai District（烏來）New Taipei City, which offers some truly spectacular scenery. It was the first theme park to be built in Taiwan, and while it is showing its age a bit these days, it still has plenty to offer. Guests arrive at the resort in spectacular style via a cable car. They can visit for the day or stay overnight in the on-site hotel. While there, they can explore the various walking trails around the site, which will take them to various waterfalls and other natural attractions, including the famous Wulai Waterfall. There is also the chance to learn and experience more about the local wildlife, especially the flowers and insects. The onsite zoo leaves a little to be desired, as does their efforts to discuss the local indigenous tribes, but there are still some fun rides to enjoy too, including an old, but extremely entertaining ghost train. The Bada Forest Paradise in Pingtung Country, is situated in a beautiful mahogany forest and offers a range of forest-themed activities and rides. Visitors can learn about the natural environment, with different exhibitions and displays on flowers, trees, grasses, as well as the opportunity to see birds, animals, and insects. There is a pond area where kids can fish for shrimp and small fish, and plenty of fun amusement rides, such as roller coasters and bumper cars. The site also hosts various performances from artists from across Taiwan and the world, as well as regular, and hugely popular, magic show. Yehliu Ocean World is an oceanarium situated adjacent to the Yehliu Geopark (野柳地質公園) in northern Taiwan, close to Keelung. The park is intended to educate visitors about the marine life that lives in the seas around Taiwan, and it does a pretty good job. The site features an aquarium where visitors can see tanks featuring various creatures including turtles and octopuses. Most people will make a beeline for the Ocean World where the park's famous high-dive show takes place, as well as their dolphin and sea lion acrobatic shows. West Lake Resortopia is a European style theme park located in Sanyi Town, Miaoli County (苗栗三義鄉). It is located in a large parkland featuring a huge natural lake, and is largely covered by Tung Trees, which make for a truly spectacular setting, especially when they are in blossom. The park itself is divided into two main areas, the amusement park and cartoon world. The amusement park features a large range of rides which are suited for kids young and old, including such things as a merry-go-round, Viking boat, and space world! Cartoon World meanwhile offers themed areas on a number of cartoons and fairy stories including things like the Wizard of Oz and Raccoon Rascal. The Little Ding Dong Science Theme Park is situated in Xinfeng Township near Hsinchu (新竹新豐鄉) and claims to be the only outdoor natural science park in Taiwan aimed to promote scientific knowledge and creative thoughts in children. This sprawling 30-hectare site offers a range of activities all of which serve an educational function. The site is divided up into different themes, with activities based around such things as water, power, wind, light, sound, and electricity. There is also a huge swimming pool, a campsite, and the location offers some breathtaking sunsets. It is also home to Taiwan's largest indoor skiing facility too, so there really is something for everyone. Lihpao Land in Taichung is a theme park which caters for kids of all ages and has plenty to offer their parents too. Rides include a state-of-the-art go-kart track called the Lihpao International Circuit, Taiwan's highest Ferris wheel, and a whole host of other exciting rides. While there are plenty which are ideal for younger kids, some, such as Gravity Max and the Stinger, are strictly for big kids only. Aside from the rides, the site also boasts such things as a Cactus Garden, an extensive outlet mall, and its own hotel, the Fullon Hotel Lihpao Land. Lihpao Land is great for a day visit, but there is enough there to keep the whole family amused for much longer. Situated, close to Sun Moon Lake, in Nantou County, the Formosan Aboriginal Culture Village is an amusement park which is themed around Taiwan's various indigenous groups. The aboriginal groups represented within the park include the Atayal (泰雅族), Saisiyat (賽夏族), Tsou (鄒族), Bunun (布農族), Puyuma (卑南族), Rukai (魯凱族), Yami/Tao (達悟族), Amis (阿美族), Paiwan (排灣族), and the local Thao/Ngan (邵族) and visitors can learn about their culture, enjoy music and dance shows, see examples of their traditional architecture, and also buy handicrafts and other souvenirs. The park has also invested heavily in updating their amusement facilities in recent years too. There are five themed areas to explore with popular rides including Taiwan's first suspended roller coaster and the country's tallest free-fall ride. Situated just 10km south of the city of Hualien, on the number 11 highway, Farglory Ocean Park is Taiwan's first marine theme park. It features eight zones which seek to introduce different aspects of marine life. While there is a chance to learn through shows such as their spectacular dolphin and seal acrobatics shows, most people will head here for the rides. There are roller coasters, water slides, bumper boats, pirate ships, and much more. Guests can choose to visit for the day or stay at the onsite hotel, so they don't have to miss even a minute of the fun and can also enjoy the parks spectacular location overlooking the Pacific Ocean. Leefoo Village is an amusement and safari park which is located in Guanxi Township (關西鄉), Hsinchu County. A real attraction is the large safari park, where visitors can see such animals including lions and elephants up close. Many choose to stay a night at the Leefoo Village Resort Hotel, where guests can have animals such as giraffes and lemurs peeking into their rooms and even climbing onto the balconies. Elsewhere in the park, the amusement rides include roller coasters, water flumes, and a rapids ride, as well as plenty which are suitable for younger children too. Throw in a water park, numerous entertainment shows and displays in peak season, and a great range of food outlets, and it is little wonder Leefoo Village has proved so popular with Taiwanese families. Located in Yunlin County, the Janfusun Fancy World theme park is the most-visited in the whole country, with more than two million visitors a year. But don't let that put you off. It is a huge site with something for absolutely everyone. There are four parks across the site with a total of 28 rides to enjoy. Attractions include a number of roller-coasters, an extensive waterpark, and a fantastic family fun center. There is a water flume, a 65-metre tall freefall tower, and a huge Ferris wheel. Recent investments have seen some high-tech additions to the attractions including virtual reality experiences on some rides. With a range of entertainment shows, a great selection of restaurants, and one park, Vicky the Viking aimed exclusively at young kids, it is little wonder Taiwanese families and visitors continue to flock here in their droves.