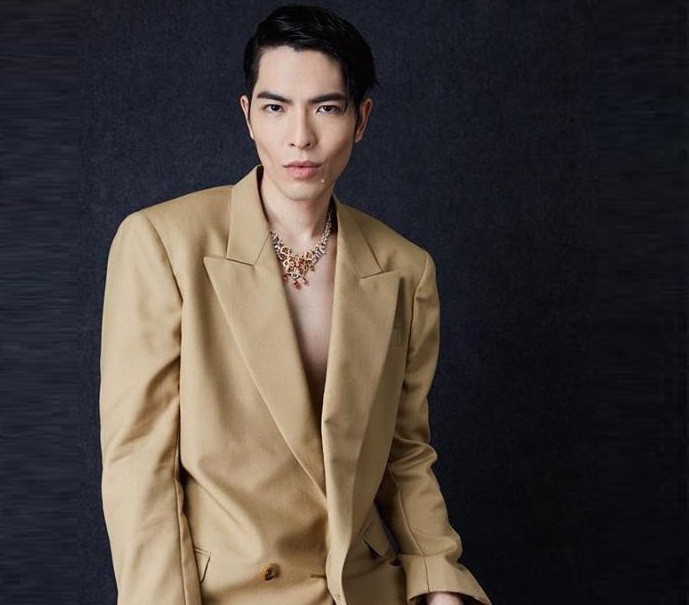 US-born outspoken book writer Hedy Lee (李文) posted a statement on Facebook the day after the awards to express her surprise and disagreement with Hsiao's feminine costume and fine jewelry with colored diamonds around his neck, saying that the outfit makes him look like "a gay," while adding she means no disrespect to the LGBTQ community.

Lee continued to say that Hsiao was wearing the fine jewelry that is supposed to appear on women, and the luxury watch and jewelry brand Piaget should have had female stars wear that piece.

"If you google 'men wearing elaborate fine jewelry necklaces,' I promised you there was not a single man ever wearing such piece, it's so awkward. Piaget's official website does not display pictures of men wearing feminine jewelry. Men should wear something like a masculine-look silver necklace."

Lee also criticized Hsiao as a "fauxmosexual" and "faux drag" in another FB post on June 26, saying netizens do not understand her humor. She has been dealing with criticism from netizens over her comments on her FB page.

Lee is the daughter of the deceased Taiwanese commenter, book writer, and politician Li Ao (李敖).

On Wednesday, July 4, Hsiao's agent confirmed to Chinese-language Next Magazine that they filed a lawsuit against Lee, with charges of defamation and contempt.

The pop superstar Hsiao is one of the top-earning Taiwanese singers for 2017, according to an earlier media survey.