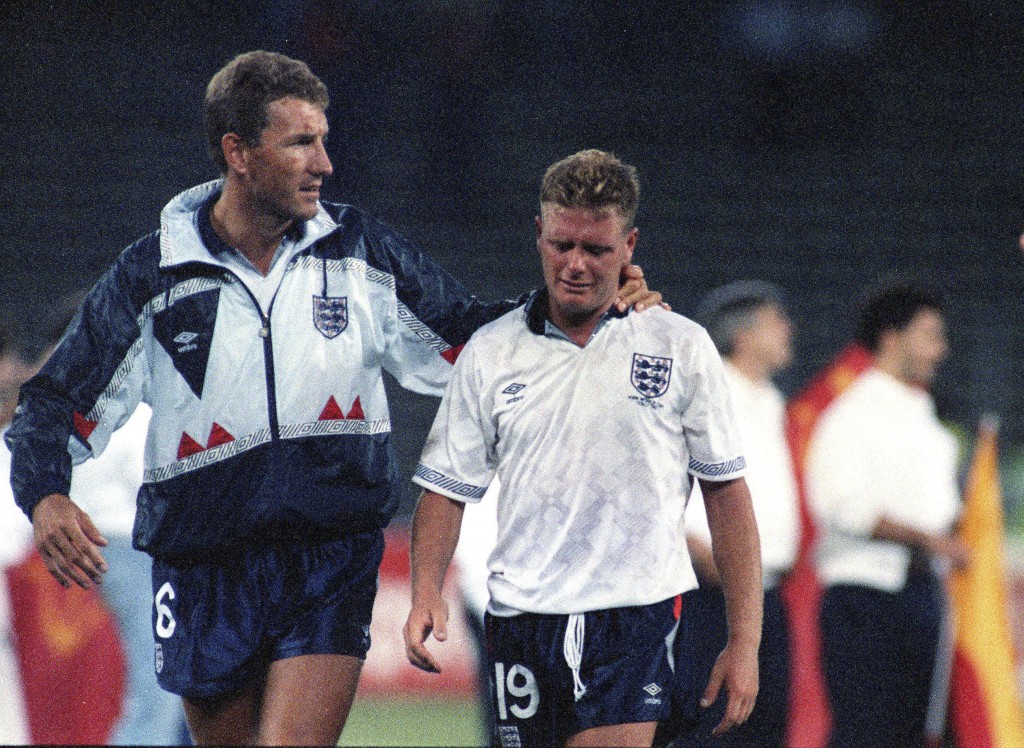 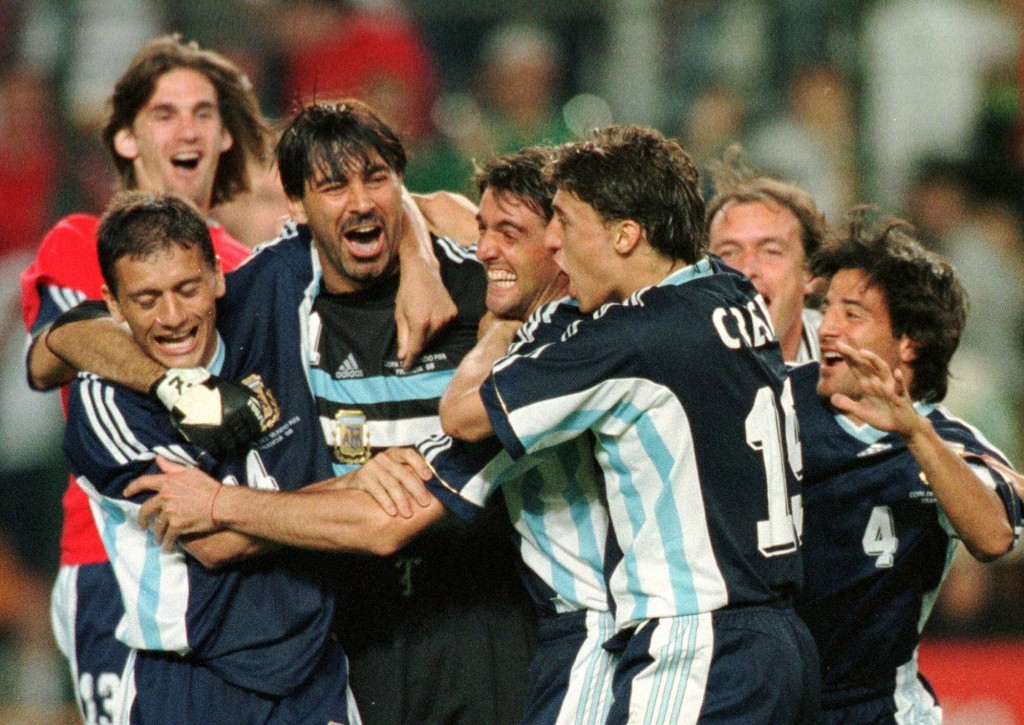 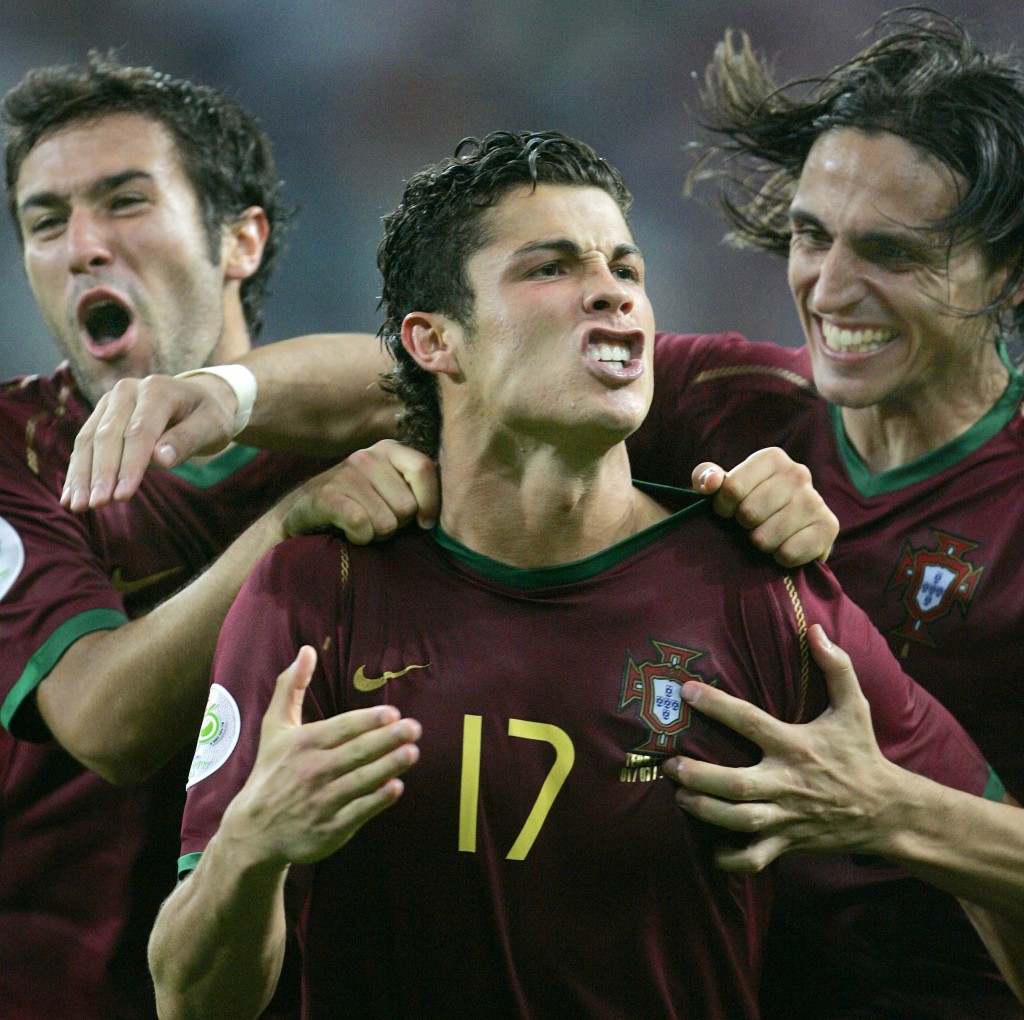 Here's a look at England's previous penalty shootouts at the World Cup:

England arrived at the 1990 World Cup in Italy not expected to do particularly well.

But following lackluster performances in the group stage, England beat Belgium in the round of 16 and then saw off Cameroon in the quarterfinals to set up an encounter against long-time rival West Germany. England outplayed the West Germans for large stretches of the match, but fell behind. England equalized with 10 minutes to go and the match ended at 1-1.

It went to a shootout, England's first-ever. All seemed to be going well as England converted its first three spot-kicks but so did the Germans. Stuart Pearce, a regular penalty taker for his club Nottingham Forest had his effort saved. Chris Waddle then struck his effort way over the bar and England crashed out. Pearce and Waddle are both remembered as much for their penalty misses as for their on-field qualities.

At the 1998 World Cup in France, England started slowly again, ending up second in its group behind Romania. That meant it would meet Argentina in the round of 16 in Saint-Etienne.

England scored twice in the first half, but the Argentines eventually hit back with two of their own. England went down to 10 men after David Beckham was sent off for kicking out at Argentina captain Diego Simeone. The match ended 2-2.

Argentina won the ensuing penalty shootout, this time with Paul Ince and David Batty missing. Unlike 1990, the defeat was not met with sympathy. Beckham became public enemy No. 1 and faced months of derision in the media and around English grounds. But his perseverance saw him win over his critics and by the 2002 World Cup he was captain. He even scored the penalty that defeated Argentina in that tournament.

Eight years later in Germany and another sending-off was arguably at the root of England's World Cup exit.

It wasn't Beckham, though the captain did not finish the quarterfinal match against Portugal, after being substituted early in the second half because of injury.

Striker Wayne Rooney was sent off in the 62nd minute after he stamped on Ricardo Carvalho.

The England side, widely labelled as a "golden generation," gamely battled on and the game ended 0-0 and with a shootout. The result would be the same as when the two had to be separated by spot kicks two years earlier in a quarterfinal match at the European Championship in Portugal.

This was England's worst performance in a World Cup shootout, with Frank Lampard, Steven Gerrard and Jamie Carragher all missing and Cristiano Ronaldo scoring the winner.