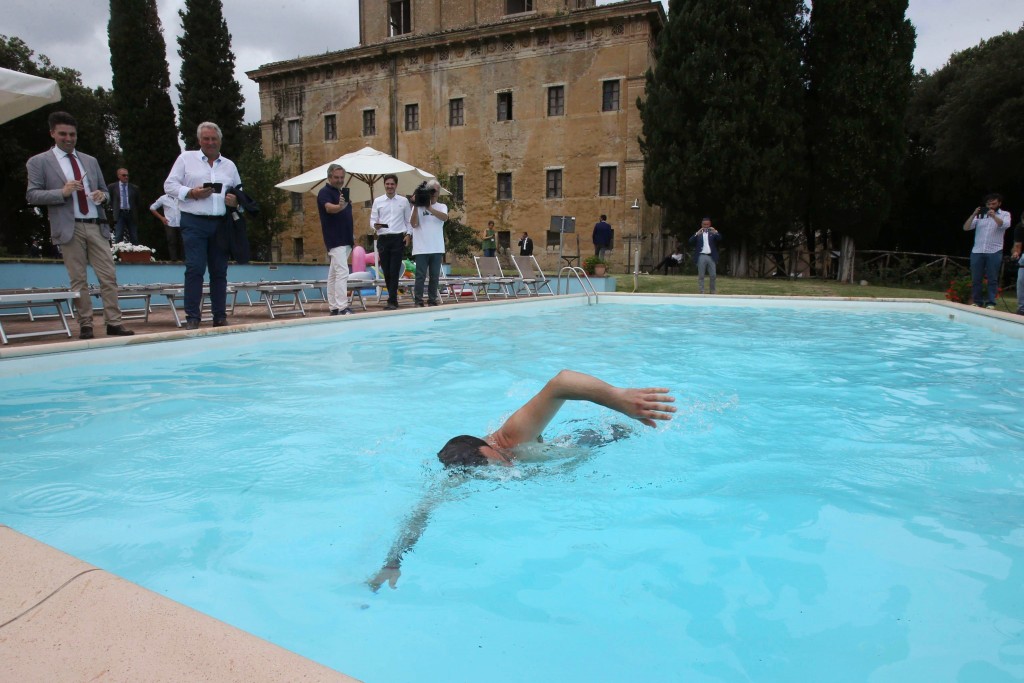 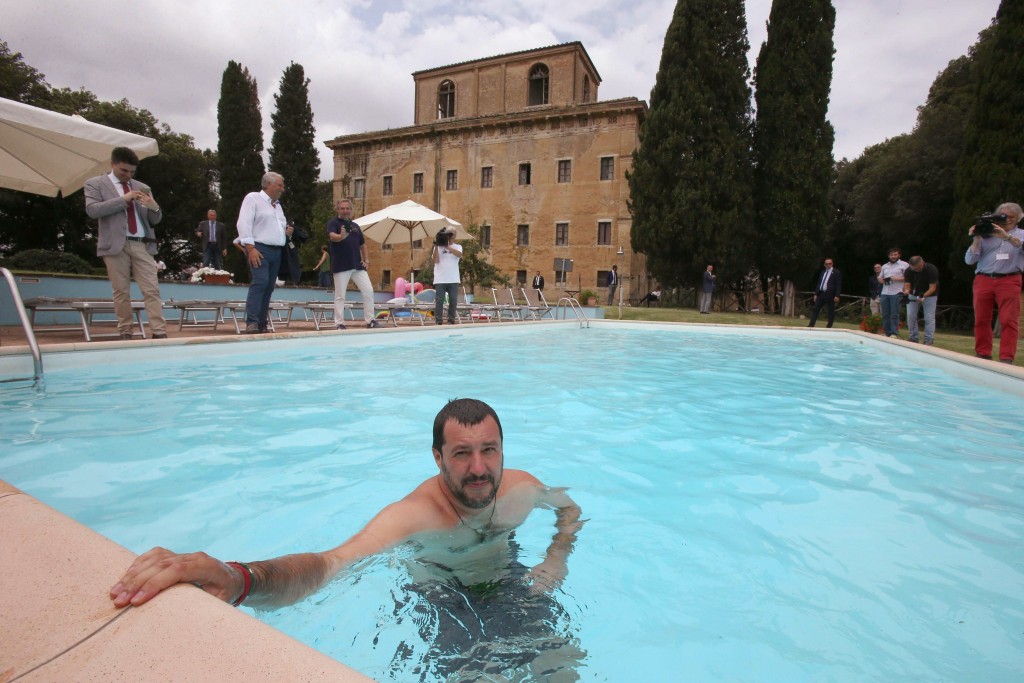 ROME (AP) — Italy's interior minister has demonstrated his anti-Mafia priorities by diving into a swimming pool at a Tuscan villa that was confiscated from a mobster.

Matteo Salvini then swam a lap in the pool as journalists watched on Tuesday.

The villa was seized from a Mafia boss in 2007 after 24 years of legal procedures and turned into a resort.

Salvini's League party boasts a get-tough-on-crime stance, but organized crime issues were largely absent from his election campaign this year.

Referring to stripping mobsters of illicitly acquired wealth, Salvini said: "We must leave these gentlemen in their underwear."

He advocated streamlining confiscation procedures so properties can be quickly converted for other uses.