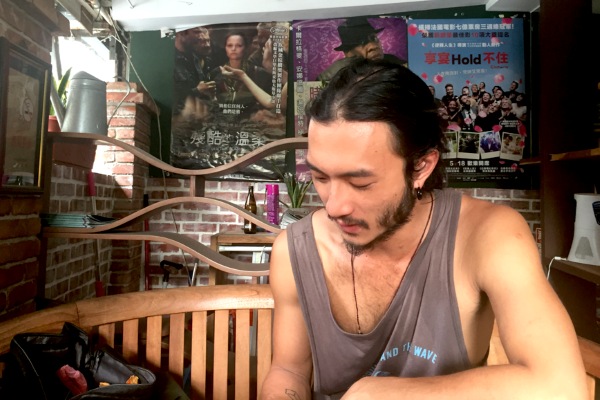 TAIPEI (Taiwan News) -- In the wake of the gruesome murder by an archer who had rented a space in the village set up by a collective of artists called Unregulated Masses (野青眾) and the controversy that has arisen over their recent activities, Chuang I-fan (莊奕凡), the leader of the group sat down for an exclusive interview with Taiwan News on Thursday (June 28).

After studying in the Psychology Department at Fu Jen Catholic University for a year, the 23-year-old native of Kaohsiung, decided to take a break from his studies and go on a trip around Taiwan. In preparation for realizing his ultimate dream of opening a coffee shop, Chuang began a "cup of coffee for a story" series of activities in various venues.

Chuang said that having achieved much success with these large events, he became highly confident in his own abilities. However, Chuang now concedes that he lacked the professional training that would be acquired from working for professional event organizers and when it came to managing large-scale activities, it became apparent that the available resources were being stretched to their limit.

Chuang laments that not enough consideration was given to "safety preparations," "risk management," and "safety management."

Chuang said that after the 2016 "Fire Worship Parade" took place, participants in the subsequent "100 Wild New Year's Pilgrimage Parade" started calling themselves Unregulated Masses. However, Chuang emphasized that it was not a set group of people, but rather anyone who participated in one of group's activities could be considered a member, thus membership was highly fluid and from a wide range of backgrounds.

In general, Chuang said activities organized by Unregulated Masses attracted people who were bored with the status quo or who wanted to pursue interesting things.

Late last year, the Taipei Urban Regeneration Office, which itself leases the property from the Judicial Yuan, leased an area of the Huashan Grassland (華山大草原) for use by Unregulated Masses. In the area, which the collective leased from Nov. to June 30, the group constructed a village made from tents, which it named 120 Grassroots (120草原自治區).

As for the main purpose 120 Grassroots, Chuang said it was meant to serve as a venue that could be rented out for activities, including equipment and space. Chuang said that in the beginning the events were held by friends who knew each other well, however as the number of applications for events increased, there were less stringent standards set for new applicants and the content of their activities.

Chuang said that he had always been concerned with the issue of public space, particularly providing different types of public space for young people to use. Before organizing street events, they often encountered difficulties in applying for legal venues and gaining access to adequate funding for those in need.

The beginning of the problem

As more people poured into the village, noise pollution, health problems and safety concerns arose. Over the last two months, neighbors started to complain to the borough chief and police and suggested they prosecute the group for the loud music which could be heard late in the evening, as well as cigarette butts, beer bottles, and other litter being strewn about the area.

Chuang said that everyone shared the responsibility of maintaining the grassland in a clean and sanitary state, however, due to a lack of funding and because some materials were left behind after events for reuse in future activities, the whole area began to look like a bit of a "junkyard."

He said that many of the complaints focused on the recycling station at the entrance to the village and the dome tents. Even when recyclables had been properly sorted and arranged, they continued to receive reports of complaints.

On May 31, a 37-year-old archery teacher surnamed Chen (陳), who had recently rented out a space in a tent village operated by Unregulated Masses, made sexual advances toward his 30-year-old student surnamed Kao (高), but she rejected him. After Kao's rejection, the archer allegedly waited until she had fallen asleep to strangle her to death, before cutting her body into seven pieces and dumping them in plastic bags on Yangmingshan.

Since news of the grisly murder broke, greater scrutiny has been placed on Unregulated Masses and activities at the village have been suspended, in order to carry out a more in-depth investigation of the murder. Reports have surfaced that some of the collective's activities allegedly included illegal drugs, nude photography, sexual activities and even a series of provocative nude group photos. After 120 Grassroots had been shut down, Chuang said that he spent a lot of time to reflect on ways of improving and strengthening the management and control of the environment. At the same time, he also became aware of the causal nature of the activities, the lack of crisis awareness, and realized the social responsibility and risk that one should be prepared to bear when organizing such events. Chuang said that a serious follow-up review needs to be implemented.

Response to controversial activities and murder

When asked to respond to the controversy over the rave held in a nearby TRA tunnel and the "Human Zoo 8" nude photography event, Chuang said these activities originated from observations of society, and after clarification, it was shown that Unregulated Masses and 120 Grassroots had nothing to do with the rave. Chuang said that he thought the railway tunnel was wonderful and he had many interesting ideas in his mind, so he arranged for the "private activity" (rave) with his friends.

Regarding the grisly murder by the archery instructor, Chuang said that he did not know the person and he was not technically a member of Unregulated Masses because he did not participate in their parades. Chuang claimed that Chen was an outsider who came on later to rent a space in the village for his own "activities." 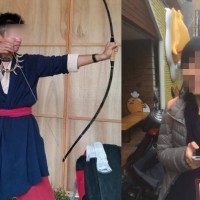 Archer sentenced to death for gruesome murder of woman in Taipei's Huashan Grassland
2019/08/05 16:37 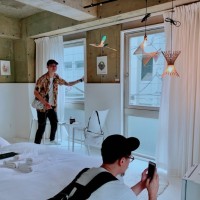 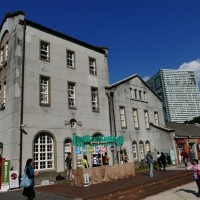 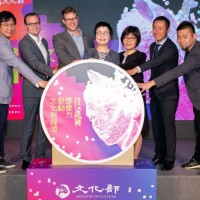 Culture x Tech Next Forum in Taipei showcases intersection of art and technology
2018/10/25 15:59