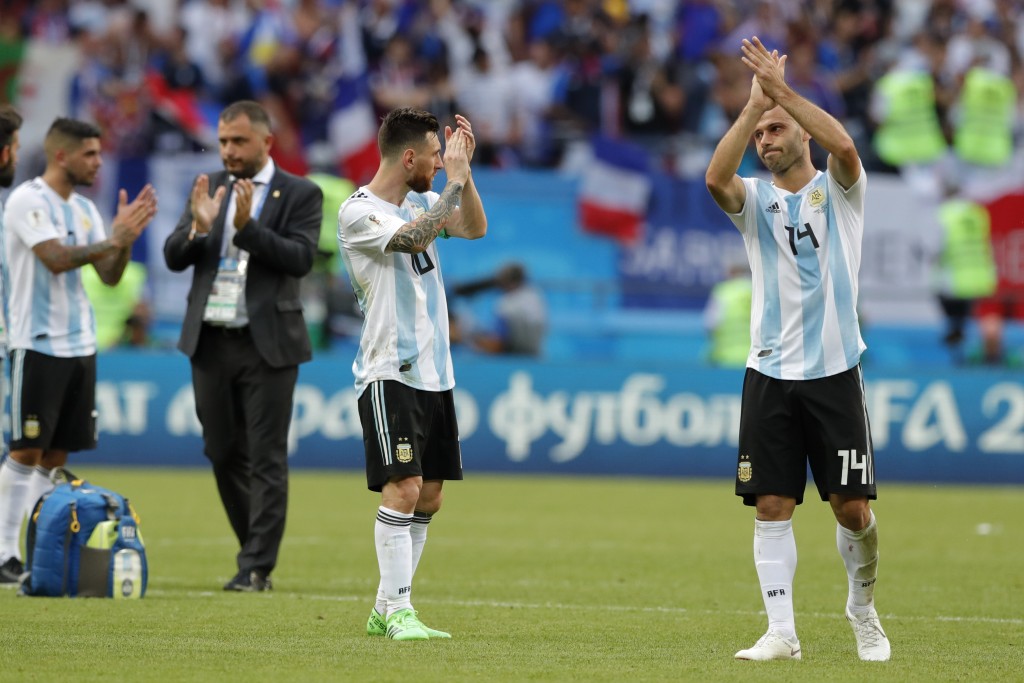 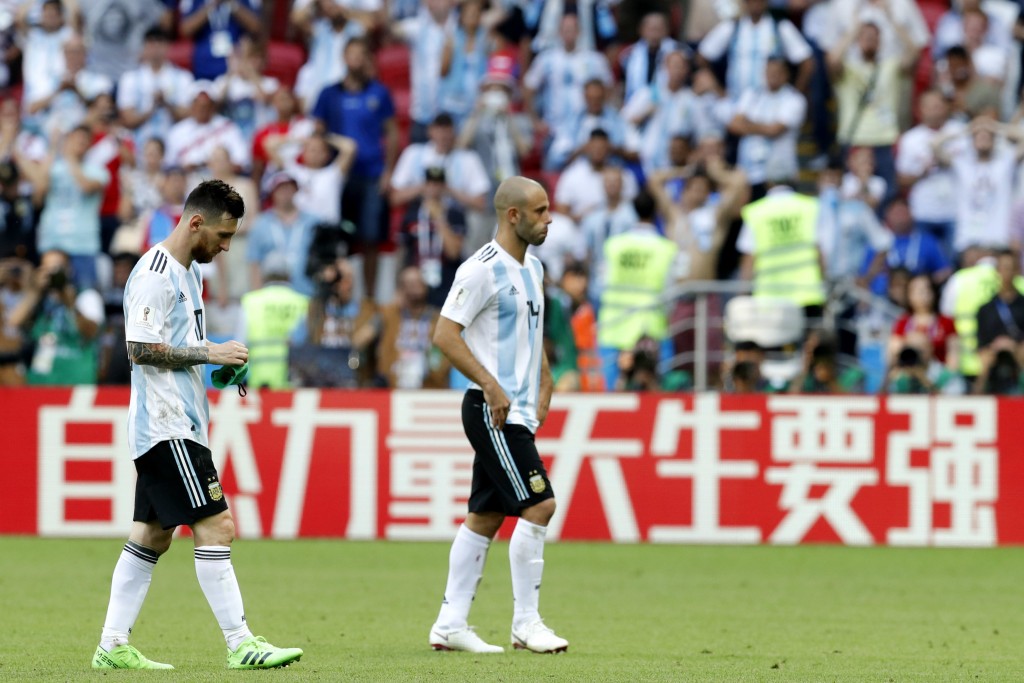 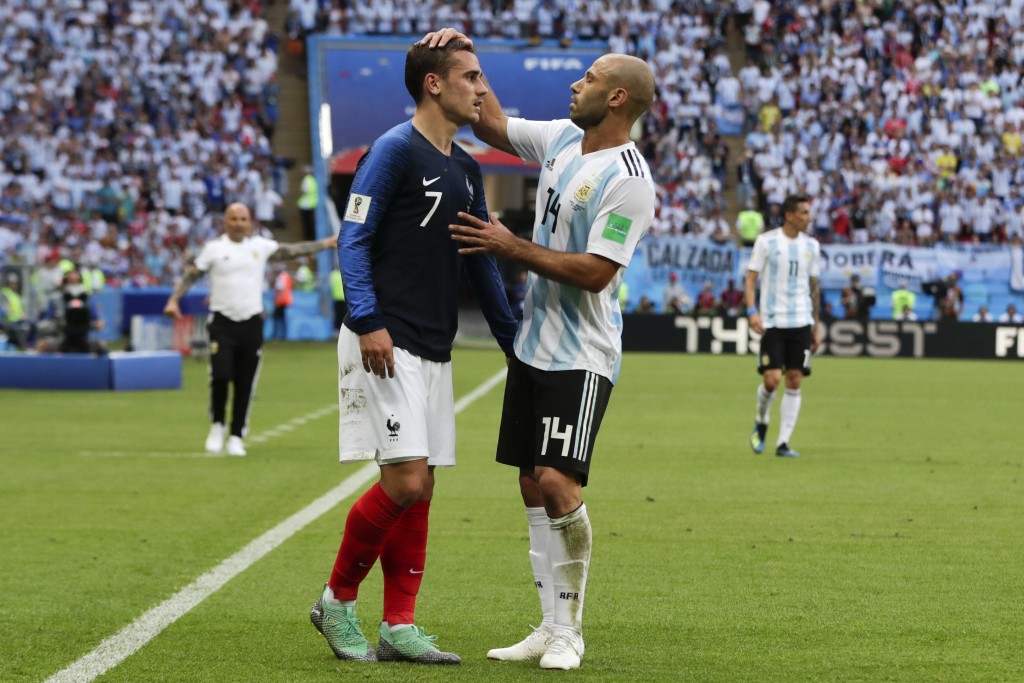 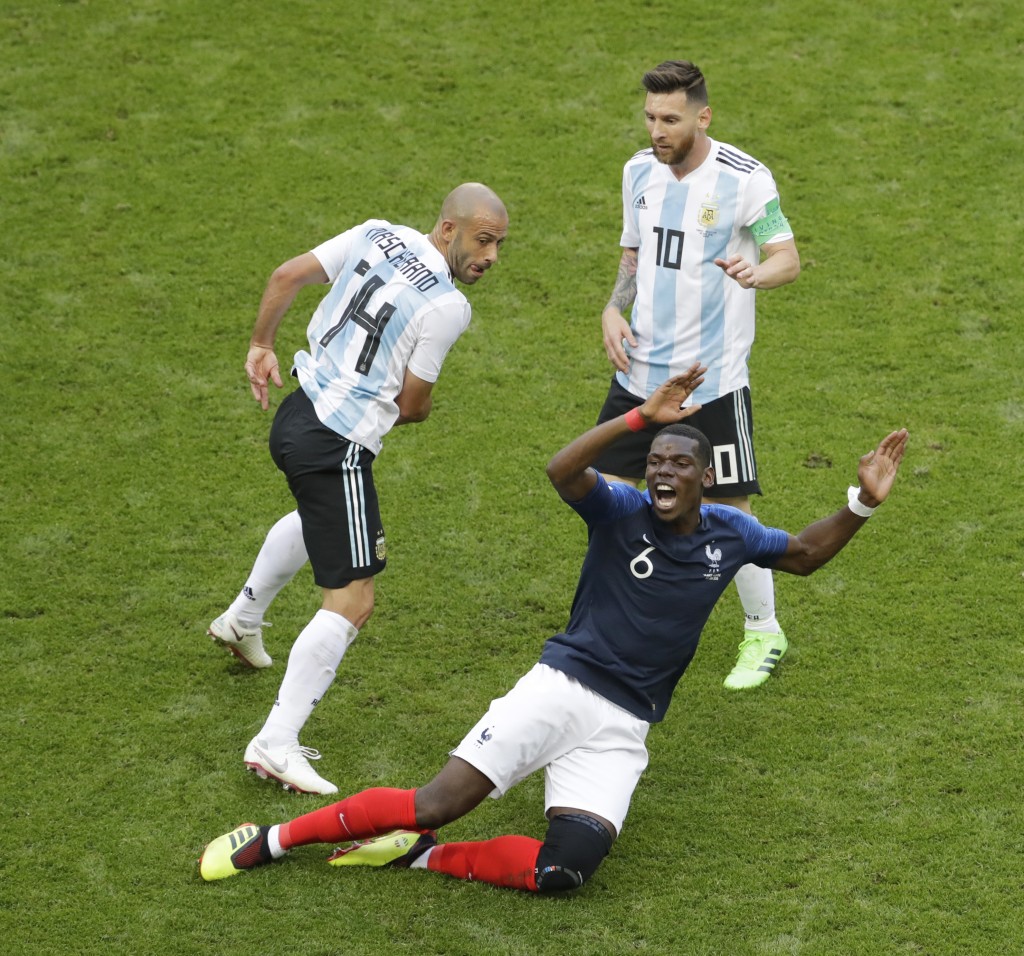 KAZAN, Russia (AP) — Argentina came to the World Cup with a generation of players that had won so much, just not at the highest level.

But the team's latest chance to win a major title at the senior level came to an end Saturday when Argentina lost to France 4-3 at the World Cup.

"It's time to say goodbye and for the younger players to step in," said Javier Mascherano, who at 34 said he was retiring from the national team. "Hopefully they can achieve something."

Four years ago, Messi led Argentina to the World Cup final, but the two-time champions lost to Germany. Messi was named most valuable player. He and his teammates then lost in the last two Copa America finals.

Messi, a phenomenon when he was only 18, was instrumental in Argentina winning the 2005 World Youth Championship, as the U-20 World Cup was then called. He scored two penalties in the 2-1 victory over Nigeria in the final and ended the tournament as top scorer with six goals.

That feat, along with his captivating skills on the field, drew immediate comparisons with Diego Maradona. The retired Argentine great had, after all, led his country to victory at the 1979 World Youth Championship.

In 2007, Argentina won another U-20 World Cup, beating the Czech Republic 2-1 in the final. That team included Sergio Aguero, who also ended up the tournament's top scorer with six goals, Angel Di Maria and Ever Banega. All three played a part at this year's World Cup and all have turned 30 and might not be around to play in Qatar in another four years.

Since the 2007 tournament, Argentina has twice failed to qualify for the U-20 World Cup and its best performance has been a quarterfinal loss on penalties to Portugal in 2011.

Despite that poor run, Argentina has a pedigree in bringing quality players through.

"I am convinced that Argentina football has very, very good players and very, very good young players so we will have to work on them to be one of the first teams in the world again," Argentina coach Jorge Sampaoli said.

Several players have promise, including 25-year-old Mauro Icardi, who scored 29 goals for Inter Milan last season but did not make the World Cup squad, and Angel Correa, a 23-year-old attacking midfielder at Atletico Madrid.

Another youngster who was picked for the World Cup squad but played only 22 minutes is 22-year-old Juventus striker Paolo Dybala. There are high hopes for him as a possible future replacement for Messi.

If Messi decides to call it quits, that is.