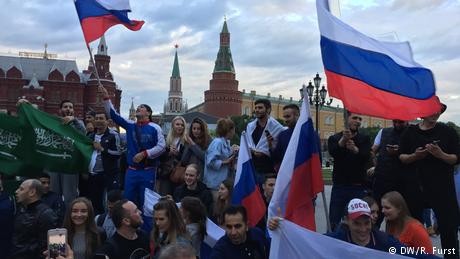 Russia's weather officials warned that a powerful summer storm was expected in Moscow on Saturday afternoon, with gusts of winds reaching over 20 meters (65.6 feet) per second and possibly forming squalls.

FIFA fan zone Vorobyovy Gory (Sparrow Hills) was closed on Saturday afternoon due to the weather warning, with officials also closing Moscow's zoo and the VDNH permanent trade show. Owners of restaurants and cafes were instructed to close their outdoor seating areas.

Citizens should also brace for torrential downpours and hail, according to the country's official weather authority, the Hydro-meteorological Center.

By Sunday afternoon, however, Russia's Emergency Ministry revised its predicition, saying the storm was to hit on Sunday.

For those caught outside, the advice was to steer clear of advertising panels and flimsy structures — and not to seek shelter under trees, while keeping a good distance from bodies of water.

Car drivers were advised to park their cars, and be aware of the possibility of falling trees and branches.

The 12.5-million-strong Russian capital is one of 11 cities welcoming foreign fans for the duration of the World Cup 2018. Hundreds of thousands of visitors have been congregating in the city, partly in open-air fan zones downtown.

While Moscow is known for its deadly cold weather during winter months, an abrupt storm in May 2017 killed at least 16 people across the city and its suburbs. Another person died due to a storm in April this year.