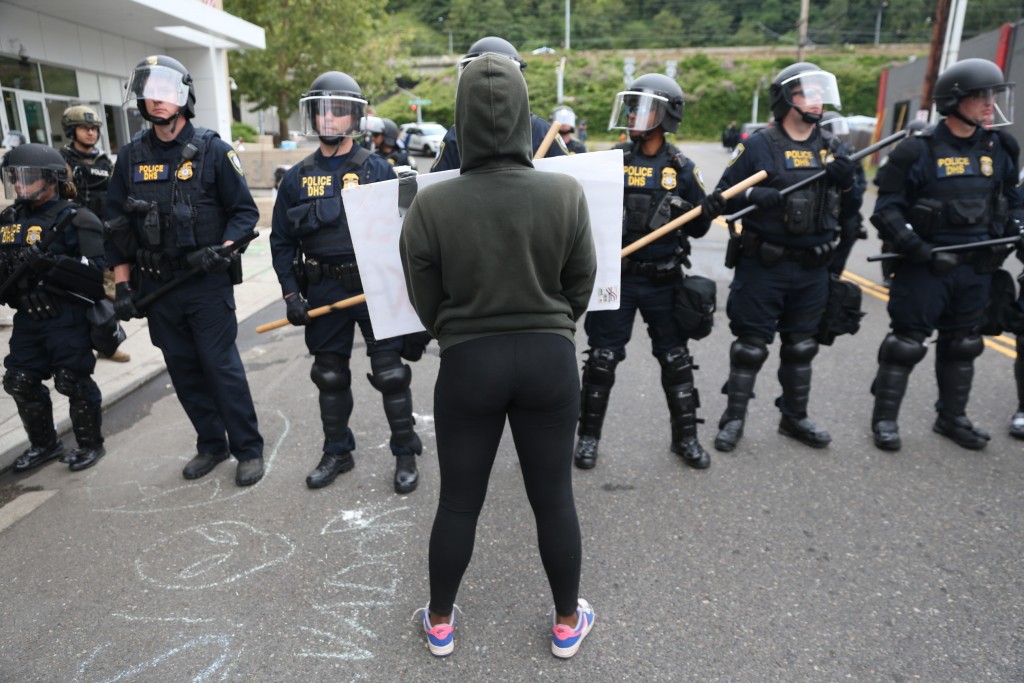 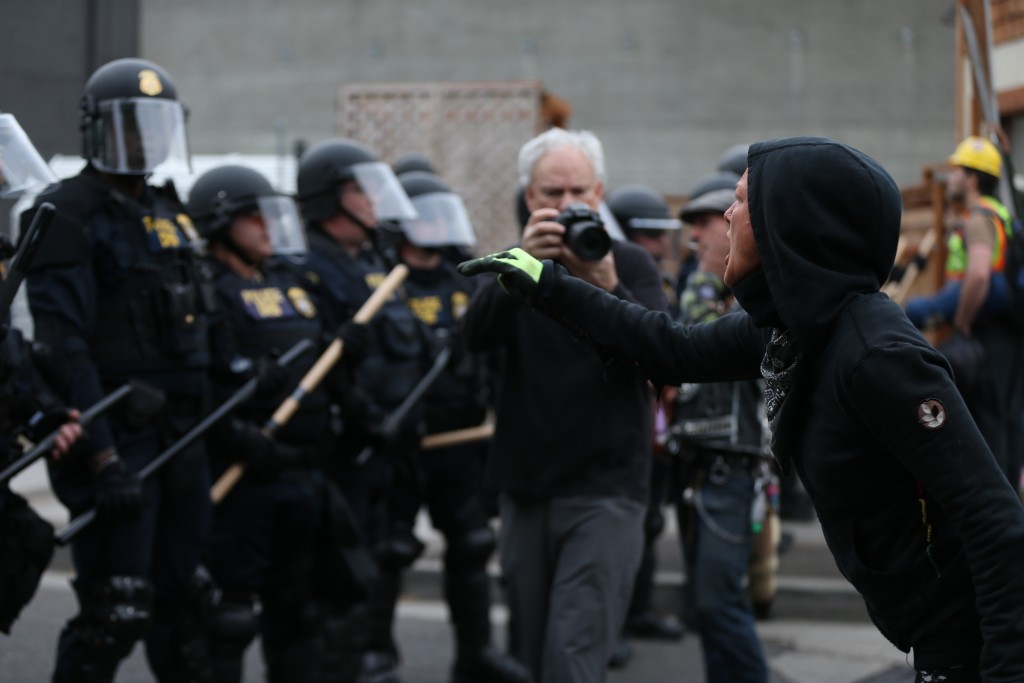 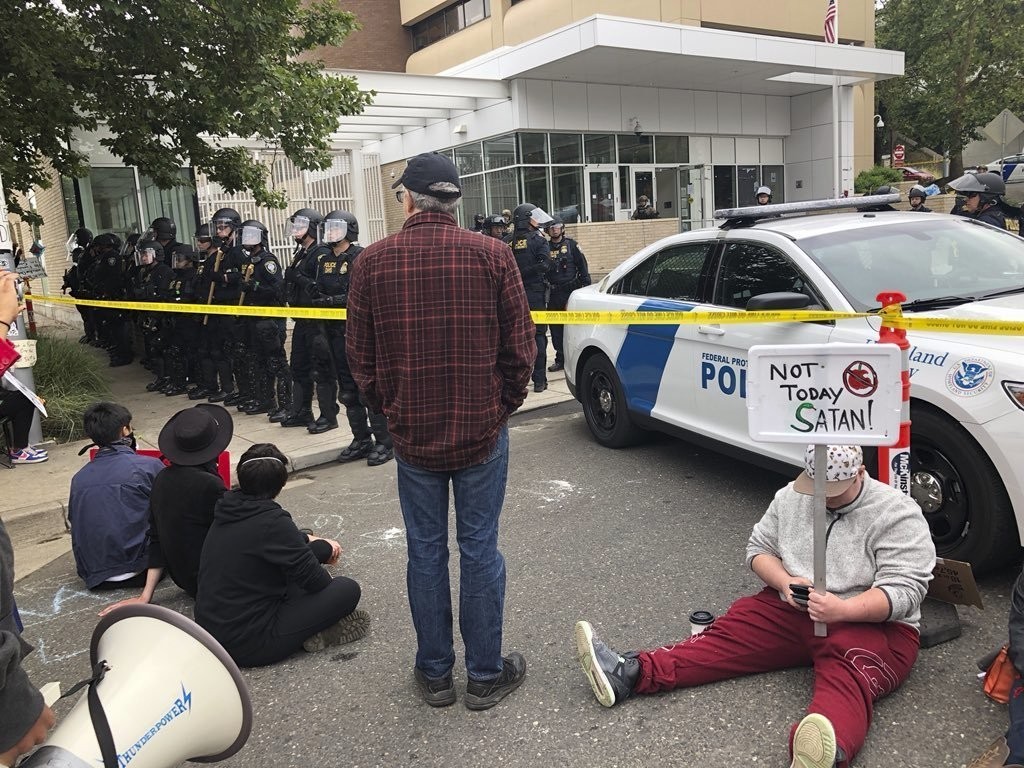 PORTLAND, Ore. (AP) — Federal law enforcement officers detained eight protesters Thursday while trying to reopen a U.S. Immigration and Customs Enforcement building in Portland, Oregon, that has been closed because of a round-the-clock demonstration.

Officers moved in at sunrise and were able to unblock the entrance to the facility that has been shut down for more than a week, Rob Sperling said, spokesman for Federal Protective Service, which is responsible for protecting federal buildings.

Sperling said the goal was not to end the protest, but to make the building accessible to employees who are likely to return to work next week. Officers were holding a boundary line between federal and private property, and they would maintain a round-the-clock security presence "for some time," he said.

Seven protesters blocking entrances were charged with misdemeanors for failing to comply with directions given by law enforcement officers, according to the U.S. Attorney's Office in Oregon. They were released from custody with orders to appear in court Sept. 7.

The eighth person detained was released without being charged.

Ben Dorfman, a protester who has been sleeping at the camp, told Oregon Public Broadcasting he was woken up at 5:30 a.m. by someone alerting him of law enforcement activity.

"I think their priority right now is to get us off the ICE property so that the ICE building can continue to function, get people going in and out," Dorfman said. "I don't think they're going to try and tear this whole thing down."

The occupation began June 17. It quickly grew in size, and the building was closed for safety reasons three days later. Officers entered the building Monday to secure equipment and information and warned protesters to stop blocking entrances or risk arrest.

U.S. Attorney for Oregon Billy Williams said his office is committed to protecting freedom of speech and peaceful assembly: "However, when individuals break the law by blocking employees and the public from accessing a federal facility, federal law enforcement will respond to restore normal business operations."