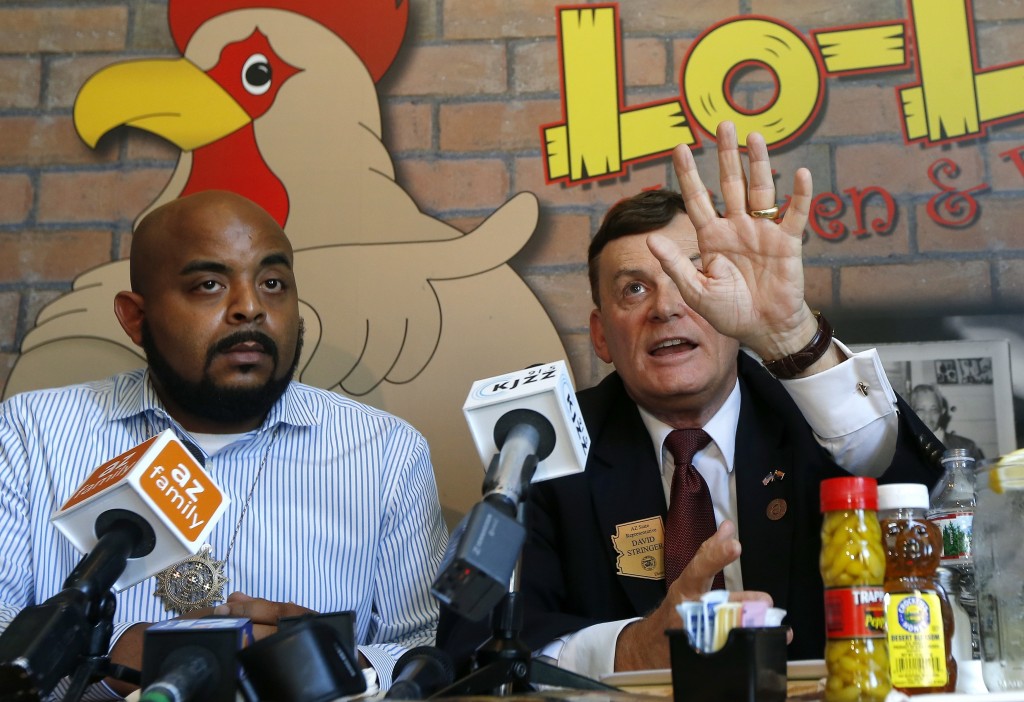 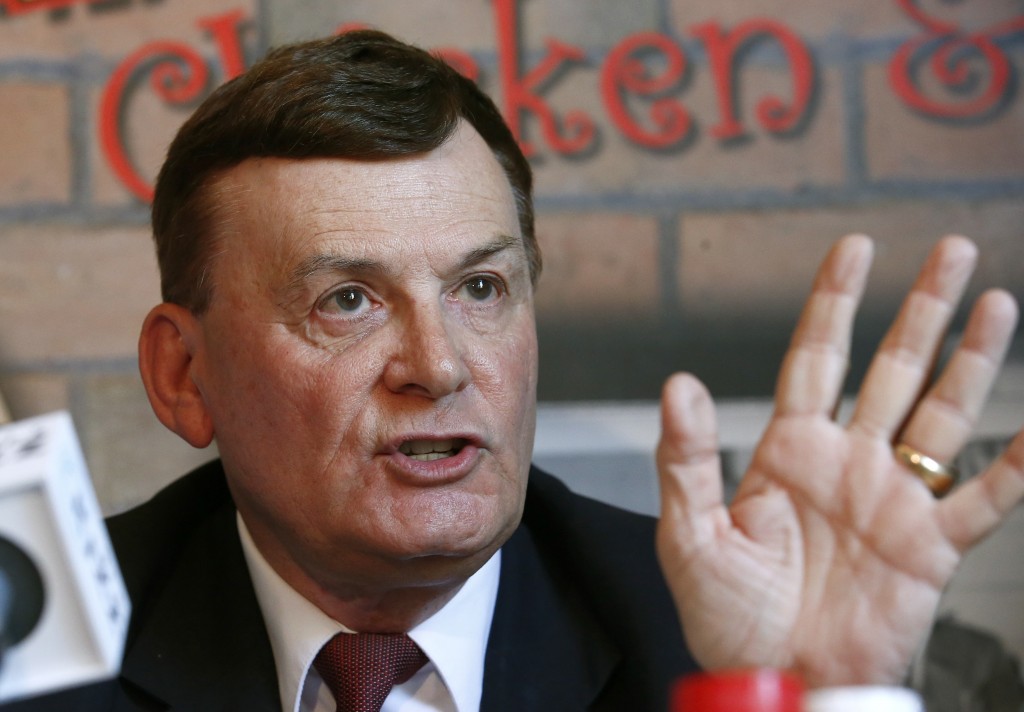 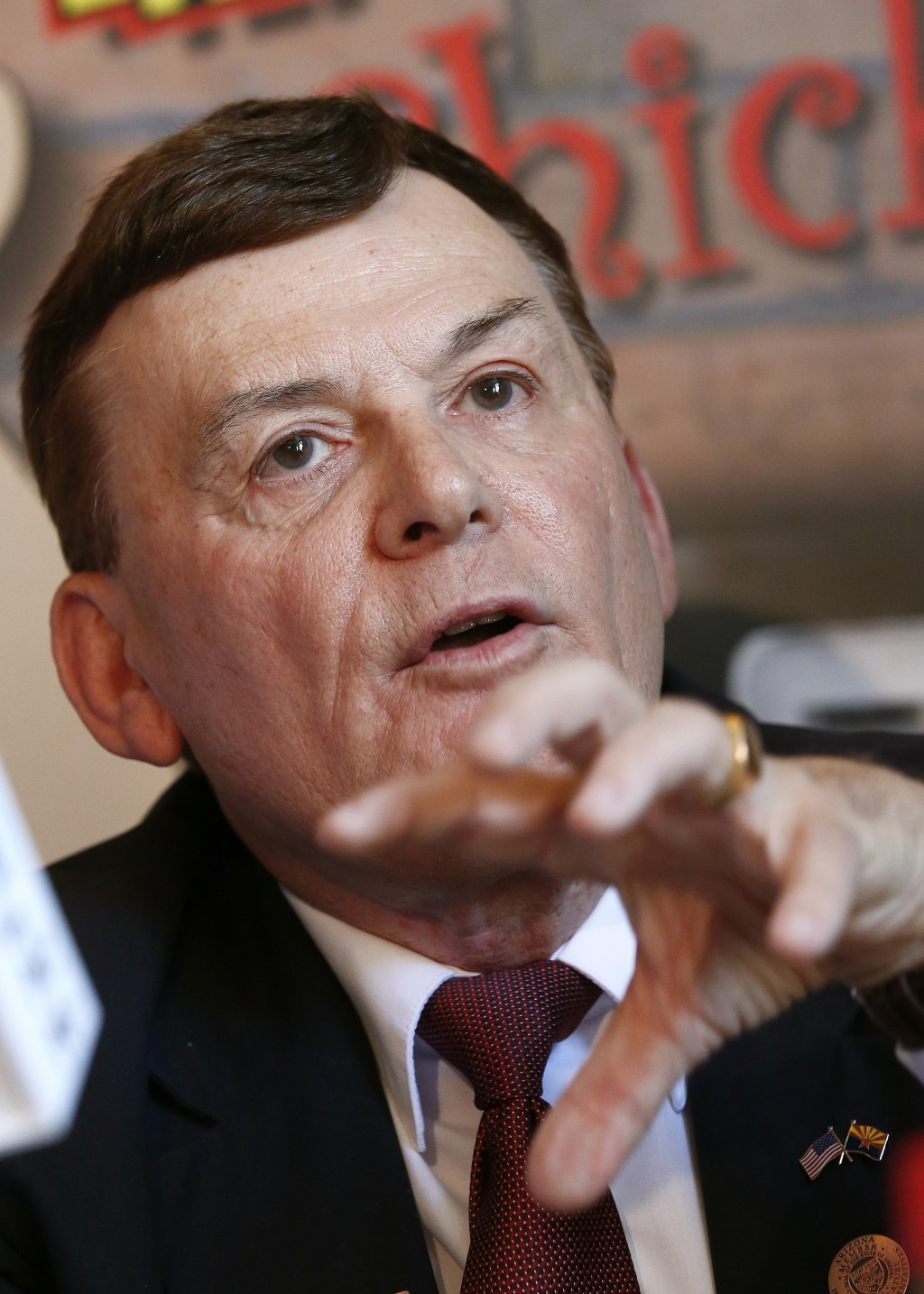 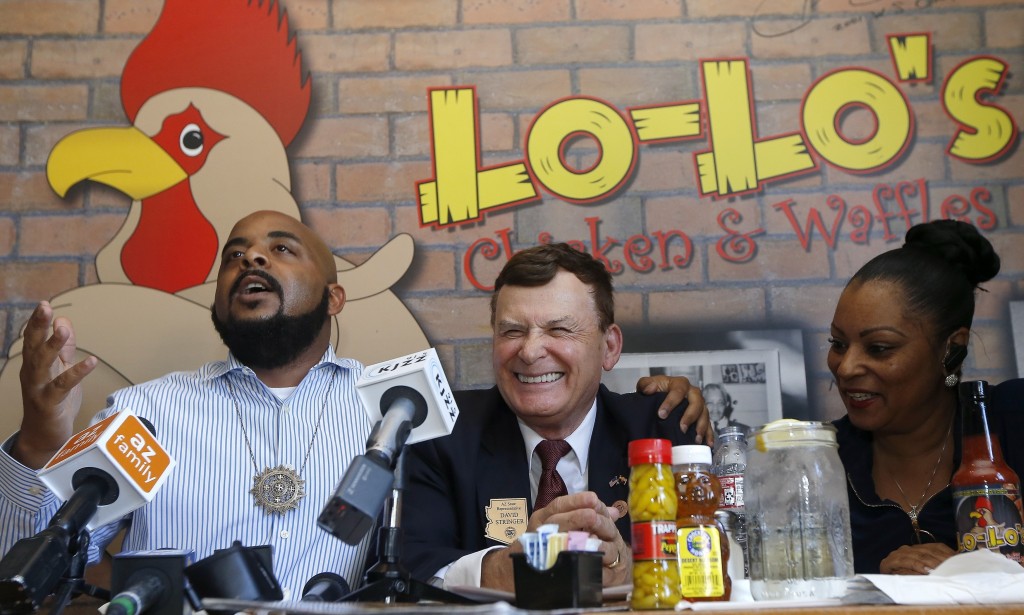 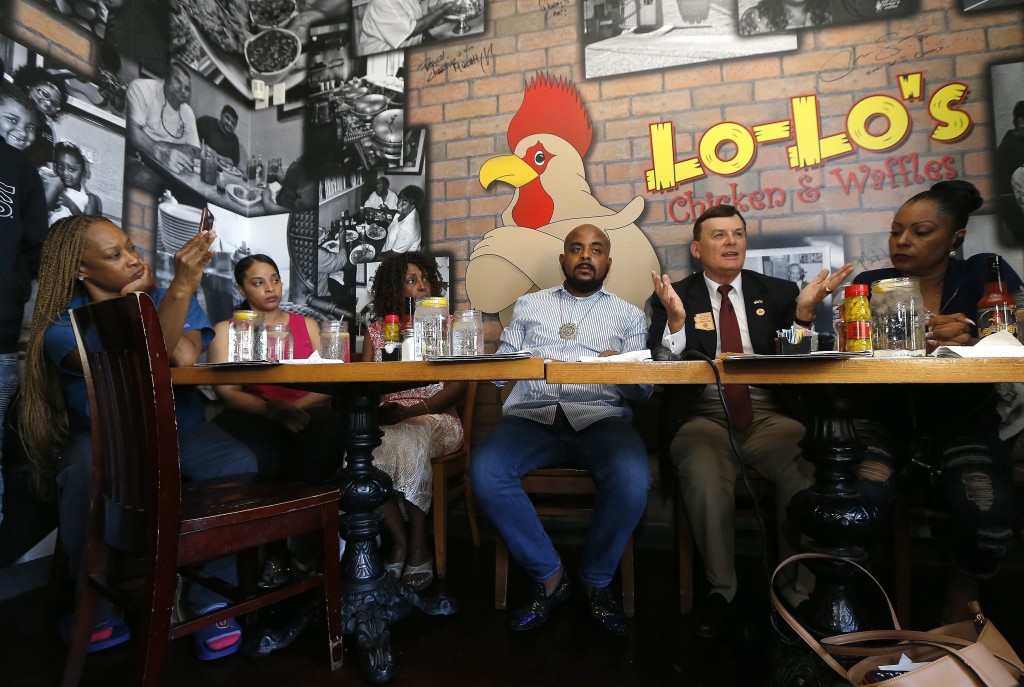 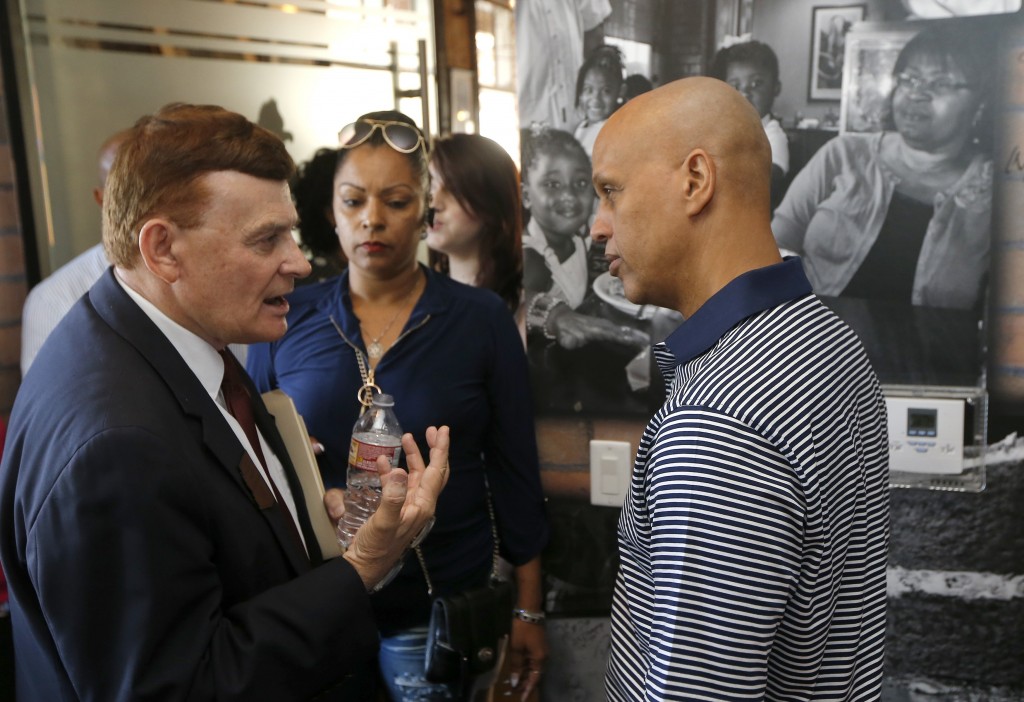 PHOENIX (AP) — An Arizona Republican who was asked to resign after saying "there aren't enough white kids to go around" when discussing school integration said at a community forum Wednesday that his comments were taken out of context.

State Rep. David Stringer, a Prescott Republican running for re-election, met with Reverend Jarrett Maupin and a group of citizens at a Lo-Lo's Chicken and Waffles restaurant in Phoenix. He said he went to apologize and have a discussion about criminal justice reform — which he said is his top priority.

"If there are people in this room who are offended, I am going to apologize for making statements that allowed someone else to excerpt them, misrepresent them to the community," he said. "If someone looks at the totality of my remarks, I think they will see that they did not have an explicitly racist overtone, which is something that had been represented in the media."

Stringer was also recorded saying immigration is an "existential threat" to the United States. His June 11 speech at the Yavapai County Republican Men's Forum was livestreamed on Facebook and was available to watch on his campaign page. It was later removed.

A statewide Democratic candidate circulated a clip of the video on social media.

On Wednesday, meeting attendees peppered Stringer with questions about whether he meant what he said and about his criminal justice reform plans. He gave long answers about the modern history of immigration and why he thinks that demographic change can be politically destabilizing. He said he isn't a white nationalist and doesn't have any affiliations with alt-right organizations.

Renee Huff of Phoenix told Stringer to use the term "people of color" instead of "minority." She said she'll be watching to see if he begins to act differently and follows through on criminal justice reform efforts.

"I'm hoping and praying he is speaking thoughtfully," she said.

Maupin said he let Stringer come to the meeting "in the spirit of dialogue" — not to grant forgiveness. He said he hoped the meeting could open Stringer's eyes.

"It's time for him to take some action legislatively, go back to that chamber and tell the white male, predominantly, older Republicans that some things have to change," he said.

Stringer said, if re-elected, he wants to work on criminal justice issues like "de-felonizing" marijuana possession, and improving the process to expunge criminal records.

"The optics of this are despicable and it just go to show how tone-deaf David Stringer really is," she said. "I don't know who put him up to this, but it was an awful move."