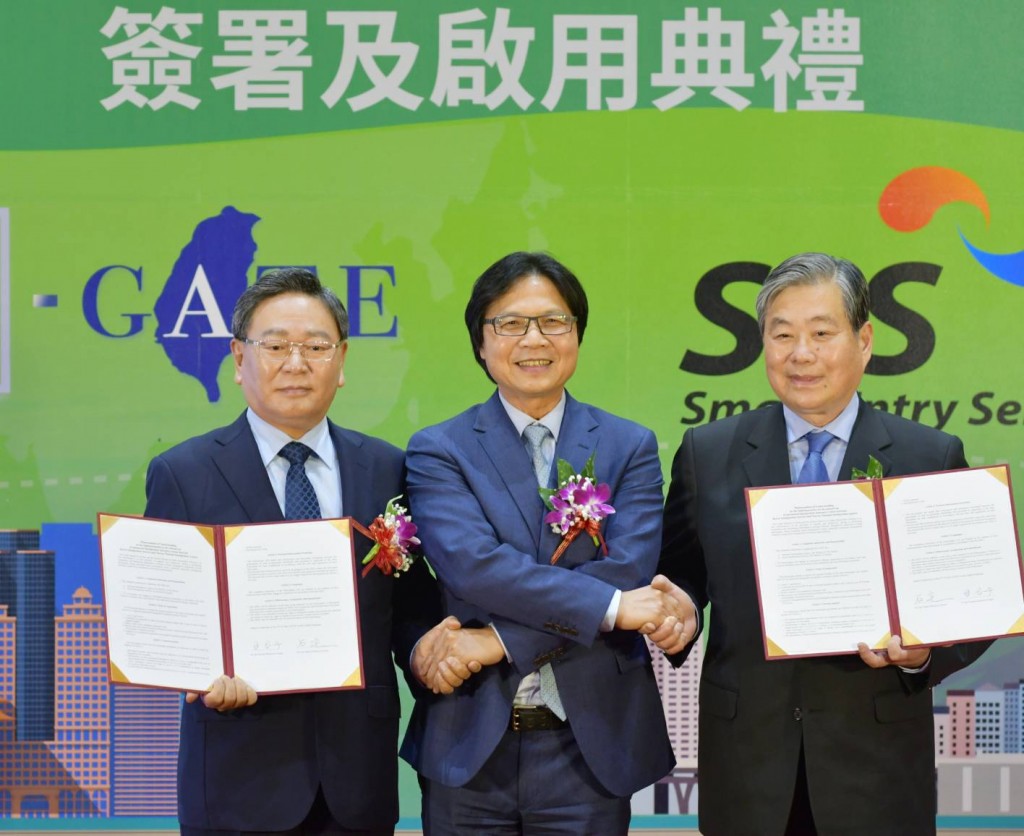 The Taiwan-South Korea Automatic Immigration Clearance Program will allow Taiwanese visitors to register for the Smart Entry System (SES) ---South Korea’s automatic immigration clearance system--- and use it when entering the country. With this Program, the people of Taiwan and South Korea can enjoy improved convenience when visiting each other’s country.

According to Minister Yeh Chun-Jung of Ministry of the Interior, the MOI began establishing the Trusted Traveler Program (TTP) after the Official Launch of e-Gate for the United States and Global Entry for Taiwan on November 1, 2017. The Taiwan-South Korea Automatic Immigration Clearance Program will be the first success story of the TTP, demonstrating that Taiwan’s border security and e-Gate system are up to international standards.

The MOI said that in 2017 over 1.05 million South Korean tourists visited Taiwan, following China, Japan, and Hong Kong in the number of visitors to Taiwan. Approximately 890,000 Taiwanese traveled to South Korea last year, proving that exchanges between the people of Taiwan and South Korea are becoming more frequent than ever.

The MOI points out starting June 27, any Taiwanese citizen over the age of 17 and holding a valid biometric passport (ePassport) is eligible to register for the Smart Entry System and use it to clear immigration when visiting South Korea. Citizens on their first visit will still have to clear immigration through manual inspection as most of the SES registration points are beyond the Airport Control Zone. The MOI advises citizens to register for the SES after clearing immigration or before departing for Taiwan, so they may use the SES during departure and for future visits.

To promote e-Gate registration, the National Immigration Agency will send immigration officers to be staffed at Incheon International Airport from June 27 to July 4, who will inform and assist South Korean visitors with e-Gate overseas registration, so they may acquire e-Gate membership before departure. The e-Gate system helps visitors save precious time: manual immigration clearance usually takes 10 to 25 minutes including waiting, while the e-Gate takes 10 seconds for inspection with waiting times up to only 3 minutes during peak periods.