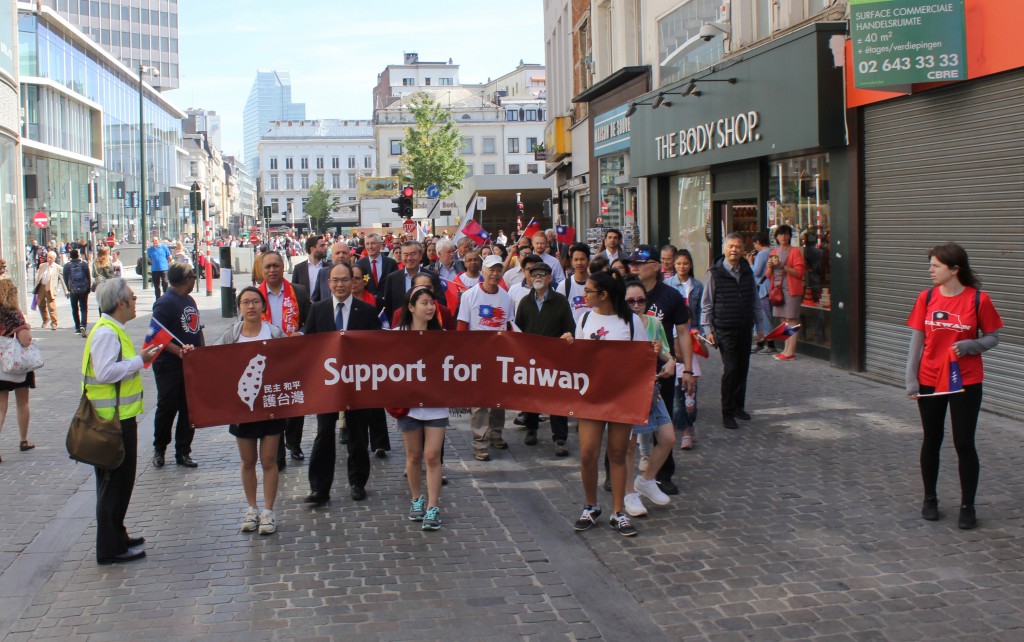 TAIPEI (Taiwan News) — For the first time ever, Taiwan citizens and members of the Taipei Representative Office in the EU and Belgium hit the streets in the European Union capital city to march for Taiwan.

Members of the march chanted, "Love Taiwan, protect its people!" (愛台灣、護民主) while holding signs reading "Support for Taiwan," according to CNA. The purpose of the parade was to attract more international attention and understanding in regards to the increasing amount of pressure put on Taiwan by China. Representative Tseng Hou-jen (曾厚仁), who led the march, said that China has increasingly bullied Taiwan over the last several months. Tseng hopes that this march will inform more people about the two nations' political situation and that China will see that Taiwanese people reject their bullying tactics.

Belgian politician Georges Dallemagne said that attending this kind of event is very important because Taiwan is not just an ally but also a democratic nation with a flourishing economy, active in the international sphere.