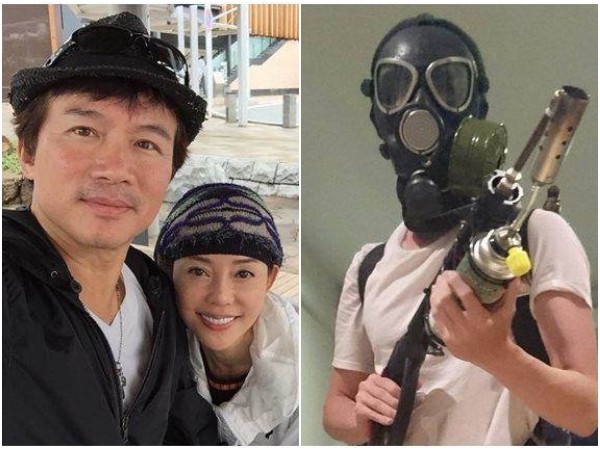 TAIPEI (Taiwan News) -- The parents of Taiwanese terror suspect An Tso "Edward" Sun (孫安佐) were advised on a Facebook post by writer Lee Wen (李文) that they could face up to seven years in a Pennsylvania jail or 10 years in federal prison for in effect making a straw purchase of a gun and ammunition for Sun.

In a Facebook post uploaded at 5:40 p.m., Lee said that because the credit card Sun used to buy a gun and ammunition was provided and authorized by his celebrity parents actor Sun Peng (孫鵬) and opera singer Di Ying (狄鶯), despite the fact that he was a minor on a student visa, they could face serious jail time in both state and federal prisons for enabling a straw purchase.

A straw purchase is when a person purchases a firearm for an individual who his prohibited from purchasing such a weapon. In the state of Pennsylvania, it is a third degree felony to enable a person under the age of 21 to buy a firearm and is punishable by up to seven years in prison and a fine of US$15,000.

In the case of federal law, Lee indicated that if Sun or his parents falsified ATF Form 4473 when purchasing his 9 mm gun, they could be subject to up to 10 years in prison.

Lee said that it was fortunate that both of Sun's parents had already returned to Taiwan because they could be facing both state and federal charges for enabling straw purchases. As Taiwan and the U.S. do not have an extradition treaty, as long as the parents stay in Taiwan, they should be safe from prosecution, said Lee.

Lee said that the U.S. federal government is doing Sun a favor, "Otherwise arriving in a small town for only four months, not diligently studying, acting this crazy, being so capricious, going on an ammunition and gun buying spree, and joking about terrorism could have all led to a tragic ending, that couldn't be taken back. In the end, who would be to blame?"

All told, it is estimated that Sun's parents have spent NT$90 million on their son's legal defense, thus far. However, the couple has amassed a fortune estimated to be in the hundreds of millions of Taiwan dollars, including nine other homes in Taiwan, as well as real estate in Japan.