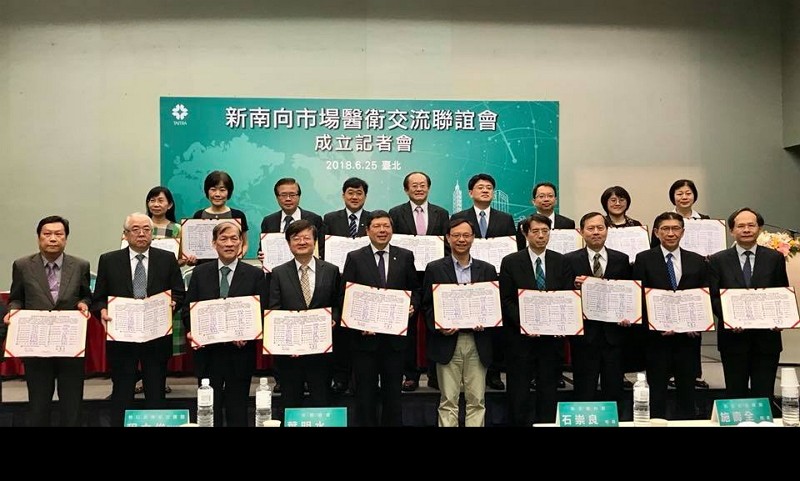 TAIPEI (Taiwan News) – In line with President Tsai’s policy to look south for opportunities, the “New Southbound Market Healthcare Union” (新南向市場醫衛交流聯誼會) was established on June 26 spearheaded by the Ministry of Health and Welfare, seeking to tap into the medical and health market in Southeast Asia.

According to Director-General Shih Chung-liang (石崇良) of MOHW Department of Medical Affairs, the ministry has selected six countries – Malaysia, Vietnam, India, Indonesia, the Philippines, and Thailand -- to be included in its “One Nation One Platform” program, under which Taiwan will provide assistance to partner nations under the New Southbound Policy in developing medical techniques, reported CNA.

Walter Yeh (葉明水), an official from the Taiwan External Trade Development Council, cited statistics that more than 305,000 patients from other countries visited Taiwan in 2017 for medical treatment, 33.17 percent of whom were from Southeast Asia.

With the founding of the union, Taiwan eyes unlocking the potential of the medical service market in the Southeast Asian region, and hopes to benefit from increased medical equipment exports, personnel training opportunities, and patient referrals, said Yeh.