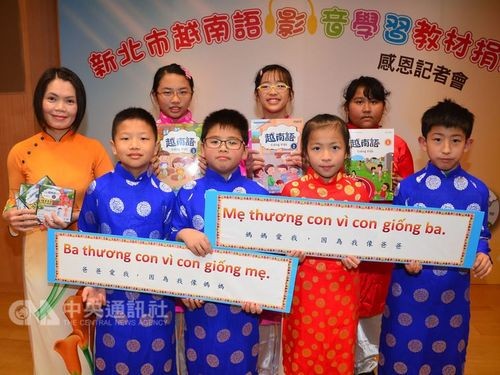 Taipei, June 24 (CNA) Vietnam remains the major source of foreign spouses in Taiwan, with 3,907 Vietnamese becoming naturalized citizens last year alone, according to the Ministry of the Interior (MOI).

The ministry said Vietnamese accounted for 72.8 percent of the total number of people in Taiwan who gained citizenship last year, with most of them being spouses of Taiwan nationals.

Its data showed that 91.7 percent of the people who gained Taiwan citizenship last year were women, 86.9 percent were spouses of Taiwan nationals, and 95.9 percent were from Southeast Asian countries.

The MOI attributed the decline to a regulation implemented in 2005 that requires an interview with immigration officials before a couple can file for admission of a foreign spouse.

The regulation was introduced to screen out fake marriages, among other reasons, according to the ministry.