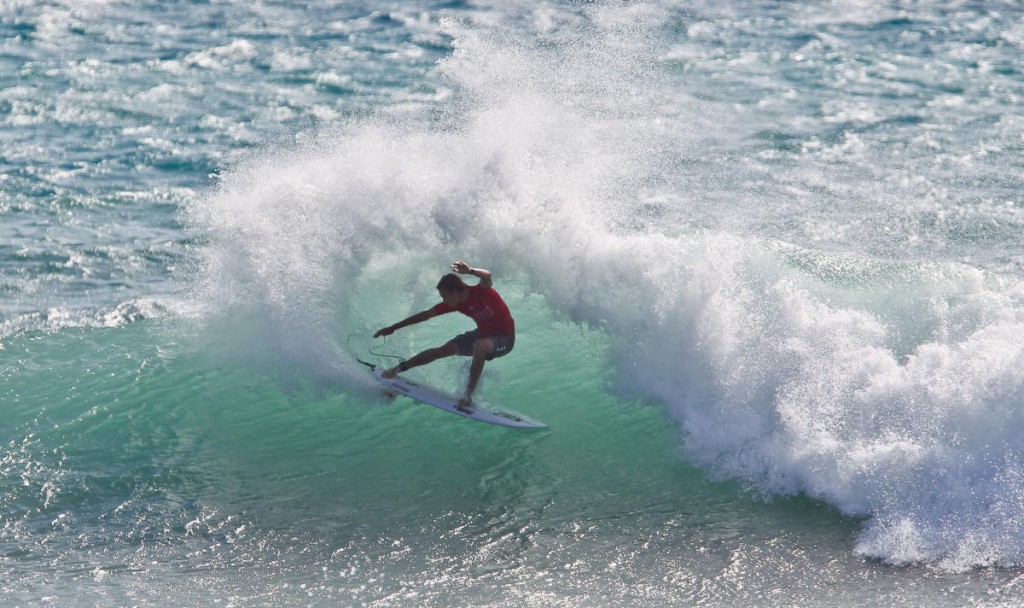 TAIPEI (Taiwan News) -- It might be hard to believe given the amount of rain that has fallen across the country in recent days, but summer is now upon us. And for many people, that means thoughts turn to hitting the beach and cooling off in the sea.

Somewhat under the radar, Taiwan has become one of the hot new surfing destinations of the world. Some people have even dubbed Taiwan "the new Hawaii". That might be taking things a little bit far at this stage, but there is no doubt that Taiwan has all the attributes to be a great place to go surfing.

The islands topography means that different parts of the island of different types of surf and for those with a keen interest, this makes it a very exciting destination. More and more surf-tour companies are offering trips to Taiwan, but for those who live here, many of the best spots are on our doorstep.

The sport is still in its infancy here and proper facilities are few and far between. But that does not mean there are not some great places to hit the surf. And here is our rundown of the pick of them: The East Coast of Taiwan, with its Pacific breakers, is where the best surfing on the island can be found and the best place to head to is generally agreed to be Donghe. This small and unassuming fishing village in Taitung does not seem like a surfing Mecca. The beach itself is reached via a fairly anonymous parking lot and its stony and rocky surfaces do not seem surfer friendly.

But Donghe consistently picks up the best swell on the entire East Coast, which is why despite the lack of infrastructure, surfers from across the world head here. The best time to visit Donghe is actually in winter as between October and March it benefits from the North-East Monsoon and big waves can often be found here all day. But there is still great surf to be had in the summer months too. Donghe is probably not the best place to start surfing, as the rocky beach can be treacherous, especially at low tide. But for more experienced surfers, it is the place to head to. Just to the south of Donghe is Jinzun, which benefits from the same conditions as Donghe, but in more user-friendly surroundings. It is here that the biggest surfing event in Taiwan, the Taiwan Open of Surfing, is held every year. There is also much more infrastructure in place here, with an established surfing school and more beach facilities available too.

Jinzun itself used to be a small fishing community, but in recent years surfing has changed the vibe of the place. While still developing, there are now more guesthouse, B&Bs, surf shops and cafes springing up in the town, while at peak times there is even some entertainment to be found. Surfing can be enjoyed in Jinzun all year round and there are facilities to cater for those of all ages and abilities. It is not just on the east coast, where there are great waves to be found and Jialeshui, in Kenting National Park is the place to head in the south of the country. This rocky beach is not a big draw for the regular tourists that flock to Kenting, so the focus here is very much on the surfers. Jialeshui is a popular draw for Taiwanese surfers and as a result, there are plenty of facilities here including surf shops, hostels, and B&Bs which all cater to visiting surfers.

The surf here is generally smaller than what can be found further up the east coast and as a result, Jialeshui is a good place to for beginners and intermediates as well as more experienced surfers. Its location close to a river mouth creates long-lasting breaks which are ideal for those looking to practice maneuvers. And the proximity to Kenting town means there is a vibrant nightlife close by too. Waiao Beach is the most popular destination in northern Taiwan for surfers. Situated in Yilan and just an hour and a half from Taipei, this striking black sand beach is located just north of Wushigang Harbor. It is also known as Gangao Beach and sometimes referred to as Wushi after the harbor.

It is a beach with plenty of adrenaline sports on offer, but the main focus is on surfing. Many enterprising locals have taken to setting up stalls on the beach selling and renting all sorts of surfing paraphernalia. There are great facilities, including a visitor's center. The waves are often busy, but that's because they are perfect for learning to surf. Lots of white water and long-lasting swell makes Waiao Beach a great spot all year round. Fulong Beach is better known for being a day-tripping destination from Taipei and the home of a famous sand-sculpting festival, than for its surfing. But it offers a fantastic swell with big, long-lasting waves that are great for more experienced surfers to practice their moves on.

The conditions at Fulong are not ideal for beginners and this is not just because big crowds can make a wipe-out rather embarrassing. There are limited facilities here, with just one surf-shop available. And at peak times, the waters can get busy with other water-sports. But at its best, Fulong offers some of the very best surf in the country.