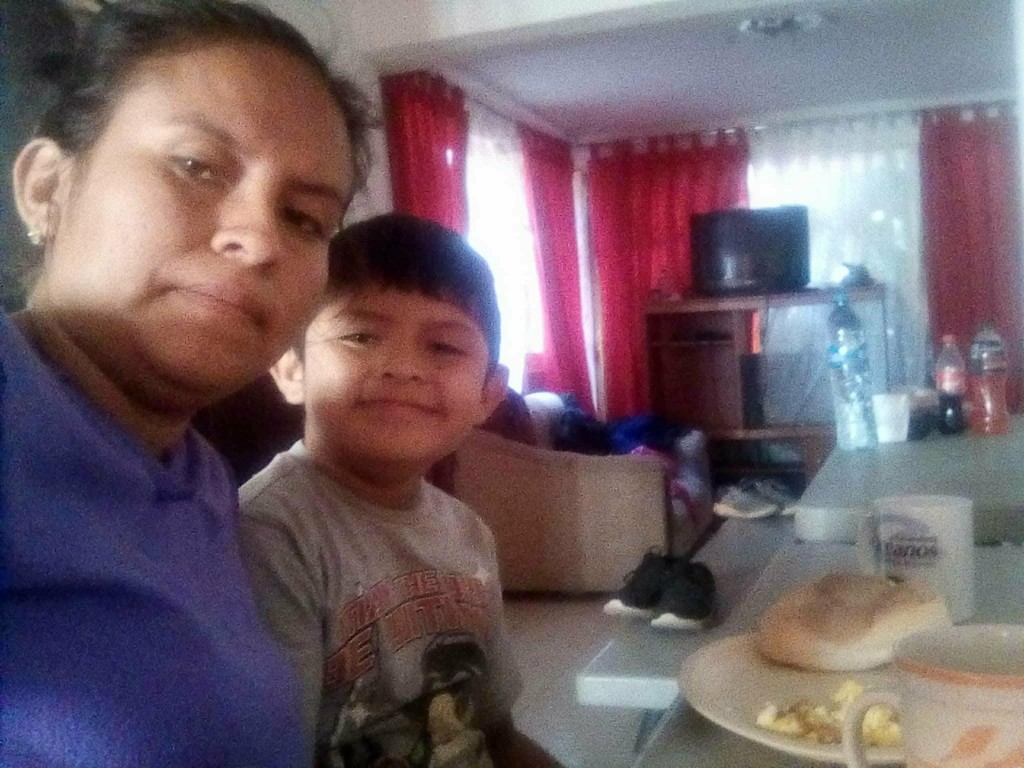 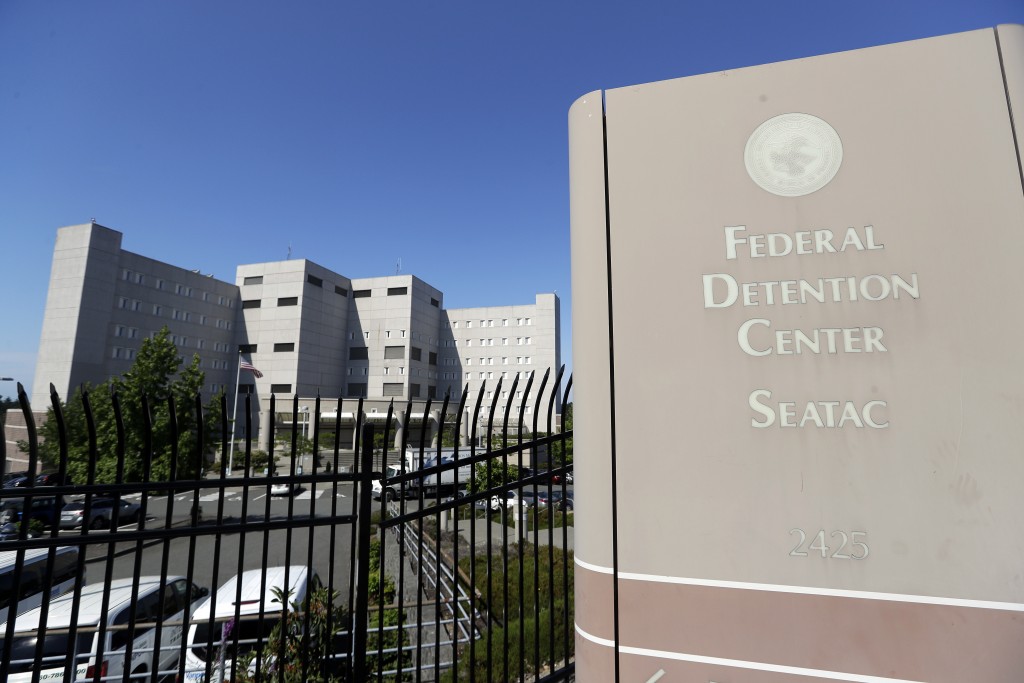 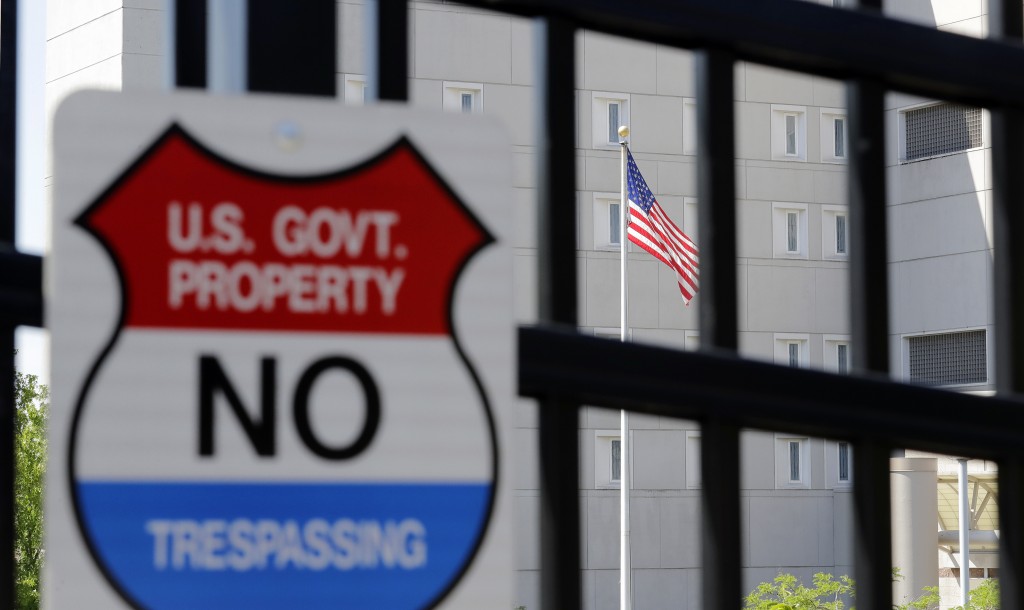 SEATTLE (AP) — The call came at mealtime — an anonymous threat demanding $5,000 or her son's life.

So Blanca Orantes-Lopez, her 8-year-old boy and his father packed up and left the Pacific surfing town of Puerto La Libertad in El Salvador and headed for the United States.

Two months later, she sits in a federal prison south of Seattle. The boy, Abel Alexander, is in custody at a children's home across the country in upstate New York. She has no idea when she might see him again.

"I still haven't been able to talk to him," Orantes told The Associated Press in Spanish as she wept through a telephone interview Monday from the prison. "The most difficult is not seeing him."

Her story is emblematic of the 2,300 instances in which President Donald Trump's administration has separated minors from their migrant parents in an effort to deter illegal immigration. The practice has provoked a national uproar fueled by stories of children being torn from their mothers' arms and of parents being deported without their kids.

The administration adopted a new "zero tolerance" policy in April designed to curb a wave of Central American migrants who say they are fleeing violence at home. Homeland Security officials now refer all cases of illegal entry for prosecution.

Authorities say they are required to remove the children before they can prosecute the parents, but many parents, including Orantes, have remained separated from their children long after being convicted.

Trump has both applauded the practice and falsely blamed Democrats for it.

"We will not apologize for the job we do or for the job law enforcement does, for doing the job that the American people expect us to do," Homeland Security Secretary Kirstjen Nielsen told the National Sheriffs' Association in New Orleans. "Illegal actions have and must have consequences. No more free passes, no more get-out-of-jail-free cards."

The phone call that prompted Orantes' monthlong journey to the U.S. border was no idle threat, she said. About three years ago, Abel's uncle was kidnapped by extortionists and freed only after the family paid up, according to her attorney, Matt Adams, legal director of the Seattle-based Northwest Immigrant Rights Project.

"When they don't get their money, they kill people," said Orantes, 26.

This time, the demand was more than they could muster. And they had only a week to pay, she said.

She and her son split from the boy's father in Guatemala. He remains in hiding, and Orantes said she does not know where he is. Upon reaching the border, she and Abel found it impossible to apply for asylum at a port of entry, Adams said.

"A lot of people are showing up at the border to apply for asylum and are being told, 'We don't have capacity for them,'" Adams said. "It's not like they can just stand in a line for several days, because then the Mexican officials will grab them and deport them. So they're then forced to go through the ravine or the river."

That's what they did. The pair crossed illegally into Texas and immediately reported themselves to immigration authorities and requested asylum, Adams said.

They were separated so Orantes could be prosecuted.

The woman said she was moved to different detention facilities, including in Laredo, Texas, and placed among other desperate, crying mothers. At one point, officials brought Abel to her, she said.

"They told me, 'Say bye to him because he's being transferred.' I asked where," she recounted. "They just told me to say bye to him. ... He just started crying, saying, 'Don't leave me, Mom.'

Orantes was detained on May 22 with about 20 other people near Roma, Texas, Immigration and Customs Enforcement said. She was convicted of the misdemeanor of unlawfully entering the U.S. and was sentenced to time served — a development she thought would reunify her with Abel.

Instead, with detention centers overflowing on the border, she became one of more than 1,600 detainees transferred by ICE to federal prisons.

She was sent June 6 to the Federal Detention Center at SeaTac, where she remains with more than 200 other border detainees, waiting to hear whether her asylum request will proceed. The conditions there are better than they were at the immigration jails, she said.

Before Trump's policy changes, she likely would not have been prosecuted, but instead allowed to remain with her son and granted an interview to determine whether she had a credible fear of persecution or torture in her home country. If officials found that she did, she and Abel would probably have been released while their immigration case continued.

It was weeks before she learned her son's whereabouts, she said. She has not spoken with him. Her attorney said she has no money and is not allowed to make collect calls to the facility in Kingston, New York, where he is held. The boy has been able to call her sister, Maria Orantes, who lives in Maryland and has petitioned for custody, without success.

"He doesn't feel well there," Maria Orantes said in a phone interview. "When he calls, he's crying. He doesn't want to be there."

The Department of Health and Human Services, whose Office of Refugee Resettlement oversees the placement of migrant children separated from their families, did not immediately return an email seeking comment about why the boy had not been placed with his aunt.

Blanca Orantes said she had hoped to live with her sister.

"I wanted to work," she said. "Raise my kid. Be a good person, get ahead, have some money and not hide. I thought it would be different."

See AP's complete coverage of the debate over the Trump administration's policy of family separation at the border: https://apnews.com/tag/Immigration .