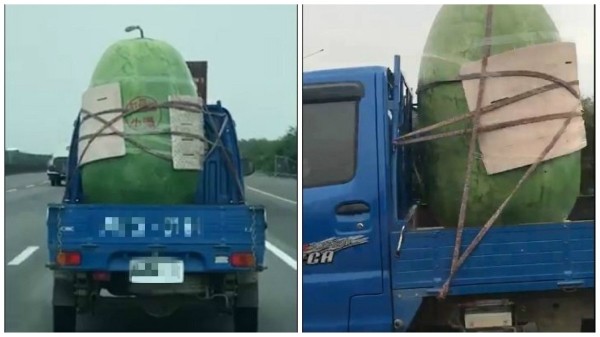 TAIPEI (Taiwan News) -- As the melon harvest is underway in Taiwan, images have surfaced on social media of a massive melon being hauled away in a blue flatbed truck.

A video was recently posted of the gargantuan gourd on the Facebook group Breaking News Commune (爆料公社) with the heading "Is this a real watermelon?" In the video, a blue truck can be seen speeding along a highway as it hauls a mammoth melon, approximately 2 meters high and 1 meter wide, which is tightly bound with rope and padding to protect it from damage.

As the car from which the video was taken passes the truck and its unusual cargo, the man on the passenger side filming the bizarre sight can be heard in Mandarin saying, "real watermelon."

"How was this gown?"

"How long would it take to finish eating such a huge one?"

"A working student is inside? Let me out!" However, another netizen was not convinced, "This giant watermelon is fake!" The netizen said on the post that it is a display model made out of "fiberglass" used by a watermelon seller for many years. The netizen claimed that the fake watermelon cost NT$60,000 (US$1,985) to make and was used by the melon merchant to attract customers. 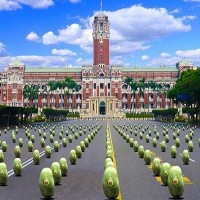 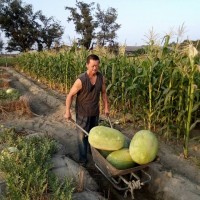 Watermelon farmer, single father in race against time with cancer in western Taiwan
2018/05/30 13:09 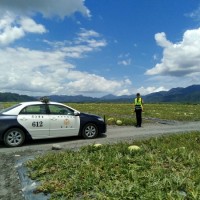 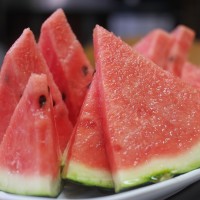 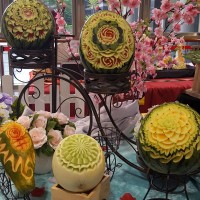