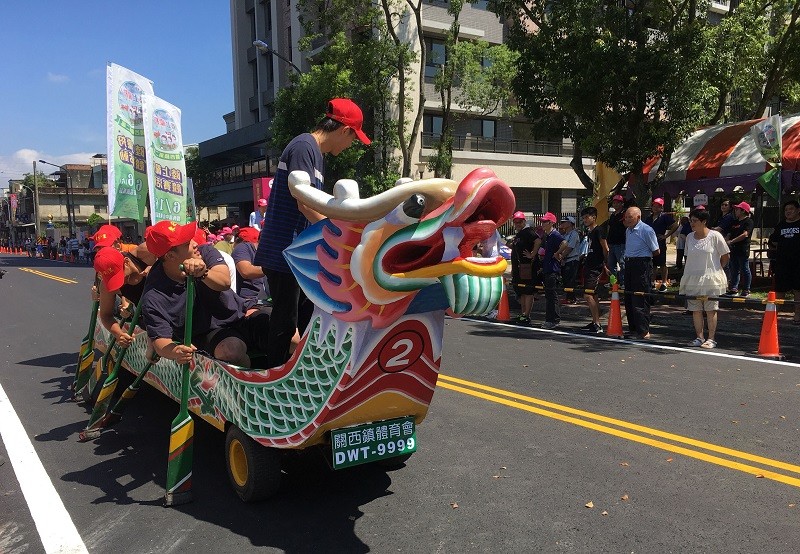 TAIPEI (Taiwan News)—Who said dragon boats can only be pedaled in water? A land dragon boat race held in Guanxi Township, Hsinchu County on Sunday saw participating team members pedaling dragon boats hard on a street to roll the boat with wheels towards the goal.

As a matter of fact, the earliest land dragon boat race was organized by Qinggou Village (清溝村) of Dongshan Township, Yilan County, and the annual activity is reportedly celebrating its 10th anniversary this year.

After observing the special dragon boat race in Yilan County one year, Guanxi Township Sports Association took much interest in the activity, and therefore borrowed some land dragon boats from the Qinggou community last year to hold its first version of the special competition, consequently attracting 11 teams to participate.

Qinggou community superintendent Deng Wen-tung (鄧文通) said that the hull of the land dragon boat was invented, designed and made by community members and villagers with several improvements having been made over the years to better the special tool, according to a media report.

Deng said the community lent the boats to Guanxi Township last year for the first time and again this year in hopes that this interesting activity can be spread to other parts of the country and gain popularity, the report said.