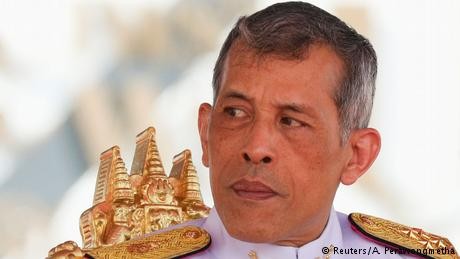 Thailand's King Maha Vajiralongkorn has been handed formal possession of the royal family's vast wealth by the official agency that managed the fortune for the past 80 years.

King Vajiralongkorn, who assumed the throne after the death of his father King Bhumibol Adulyadej in 2016, takes full, personal ownership of the assets, which are estimated to be worth $30-$60 billion (€25-51 billion).

Until now the riches were administered by the Crown Property Bureau, a quasi-governmental agency, under three laws dating back to 1936. But Thailand's military junta passed new legislation last year to allow the transfer of the bureau's control and ownership from the state to the monarch.

A rare "explanatory note" published by the CPB on Saturday said "all 'Crown Property Assets' are to be transferred and revert to the ownership of His Majesty, so that they may be administered and managed at His Majesty's discretion."

The announcement added that the assets — which reportedly include real estate in the Thai capital, Bangkok, the Siam Commercial Bank and the Siam Cement Group conglomerate — will be put in the same category as the monarch's personal assets.

The measure is part of a number of changes to the way royal affairs are managed since King Vajiralongkorn took the throne. He has also consolidated control of the royal palace, and has made moves to exert more power over state affairs.

Last year, he asserted personal control over the bureau, and in March he appointed Air Chief Marshal Satitpong Sukvimol as director-general of the Crown Property Bureau, replacing Chirayu Israngkun Na Ayuthaya who had held the post since 1987.

The bureau said the move would mean that the king's holdings will now be subject to taxes and duties, something it said the monarch had requested.

The latest move makes the 65-year-old king the richest monarch in the world, according to a Business Insider list published in May.

The Thai monarchy does not publicly declare its wealth, and is shielded from scrutiny by a draconian lese majeste law, which punishes any perceived criticism with up to 15 years per offence.

But in 2012, Forbes Magazine valued the bureau's holdings in real estate and other investments at $30 billion.