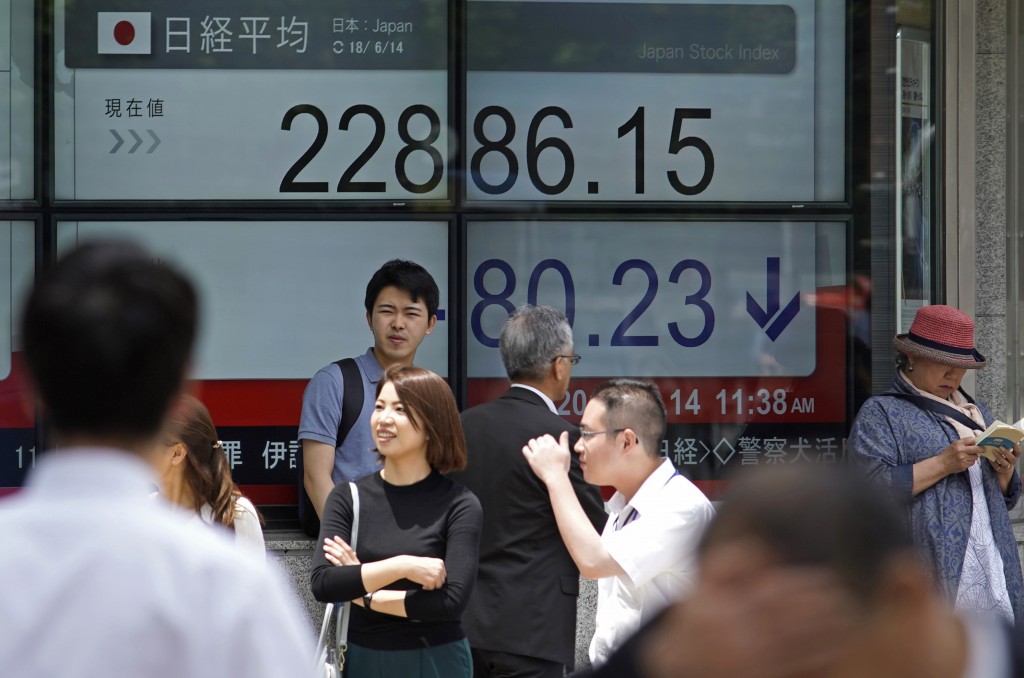 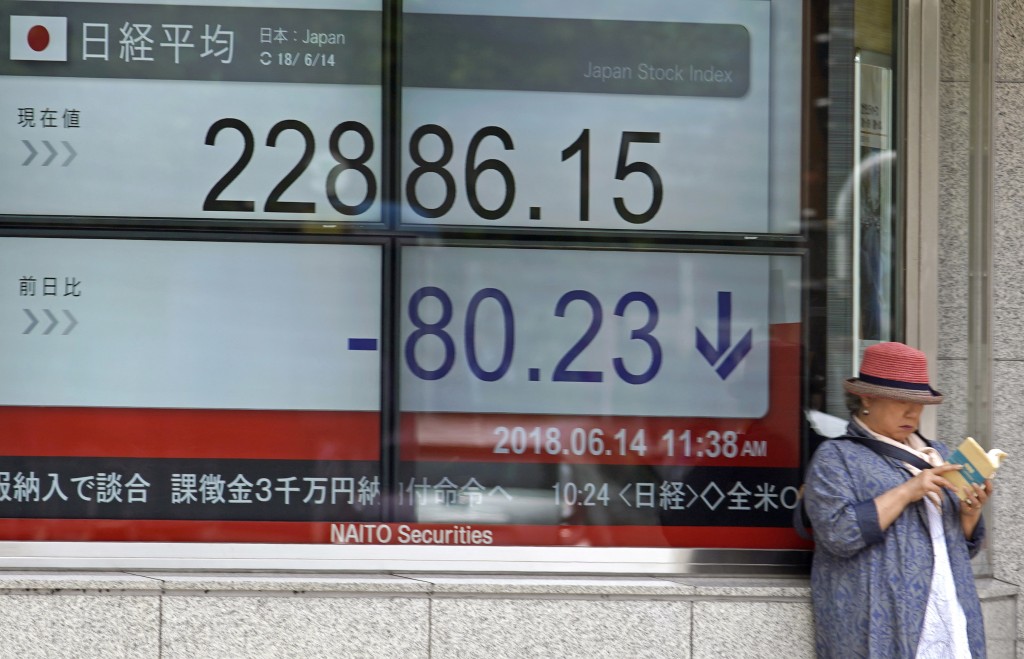 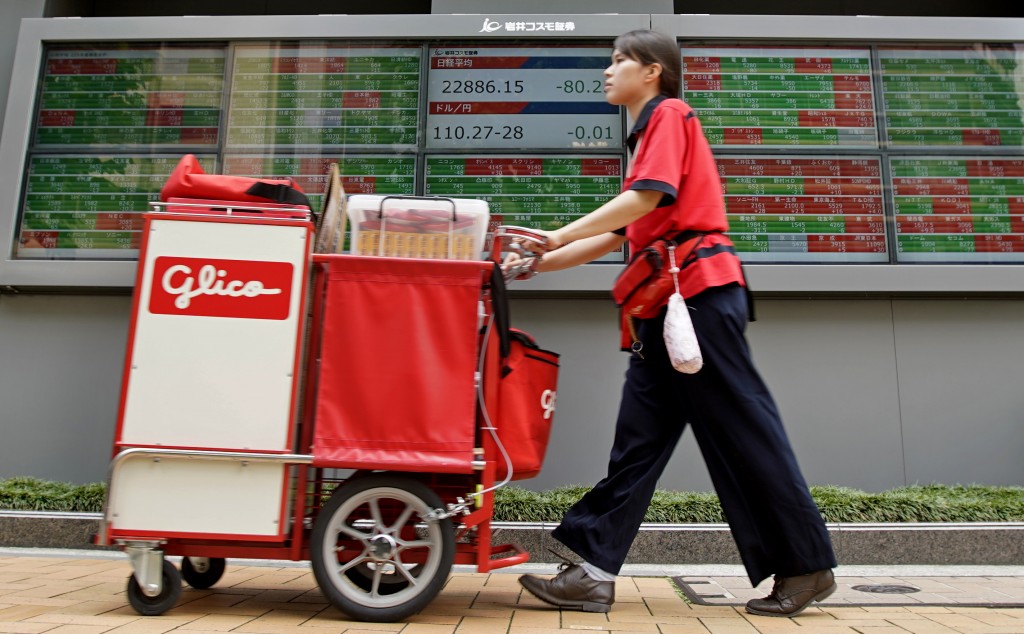 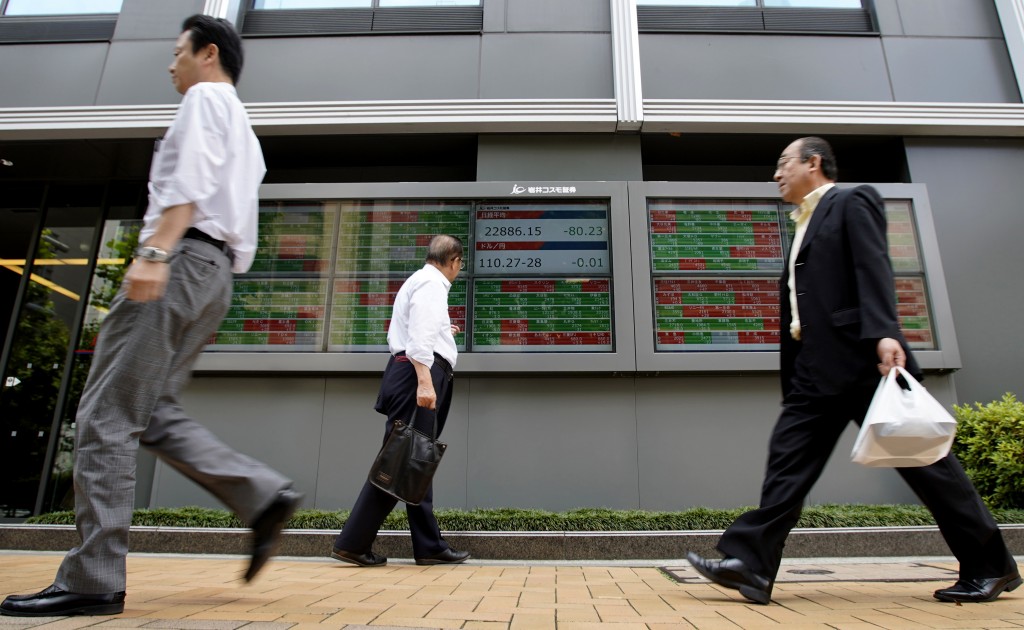 NEW YORK (AP) — U.S. stocks ticked higher Thursday after Europe's central bank became the latest to spell out how it will close the spigot on the emergency stimulus it's flooded the market with in recent years.

More evidence also arrived to show that the U.S. economy is improving after retail sales rose the most in six months, and the S&P 500 was on pace for its fourth gain in the last five days.

STIMULUS WATCH: The European Central Bank said it will begin phasing out its bond-buying program in the autumn before ending it after December. That could have worried investors, who have grown accustomed to big stimulus programs from central banks in support of markets. But the ECB also said that it will hold off on raising interest rates until at least the summer of 2019, which was more accommodative than some investors had been expecting.

Europe's central bank is following the lead of its U.S. counterpart, the Federal Reserve, which has already halted its bond purchases and has raised interest rates seven times since late 2015. Its latest move was on Wednesday, when it raised its benchmark rate by another quarter of a percentage point and indicated two more increases may come this year. Higher rates can help stave off inflation, but they can also hinder economic growth.

Next up on the global calendar is the Bank of Japan, which meets Friday on interest-rate policy.

WORLD MARKETS: European stocks were up more than U.S. indexes, with France's CAC 40 rising 1.2 percent and Germany's DAX up 1.1 percent. The FTSE 100 in London gained 0.6 percent.

Stocks from developing economies continued their struggles, which have been compiling since the spring. Investors worry that higher U.S. interest rates will hurt emerging-market economies, and the MSCI Emerging Markets index fell 0.8 percent

The retail-sales numbers are closely followed because they give an indication of how overall consumer spending is doing, and that accounts for the bulk of the U.S. economy. Economists say economic activity is likely picking up following a slowdown in growth during the first quarter of the year.

YIELDS: The yield on the 10-year Treasury fell to 2.95 percent from 2.98 percent late Wednesday. It gave up all its gains from the prior day, when the Federal Reserve surprised some investors by speeding up its timetable for rate increases.