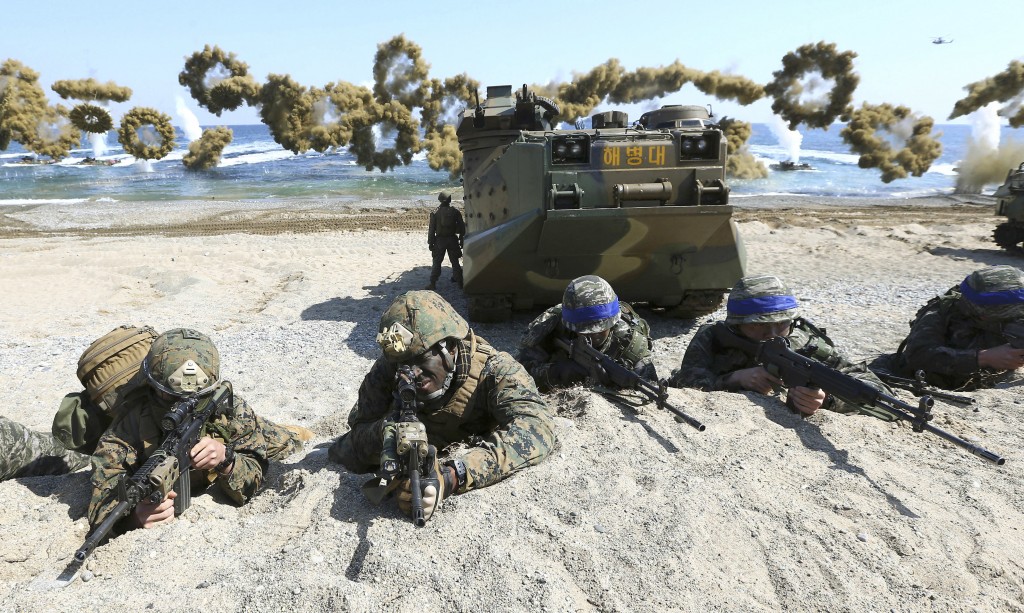 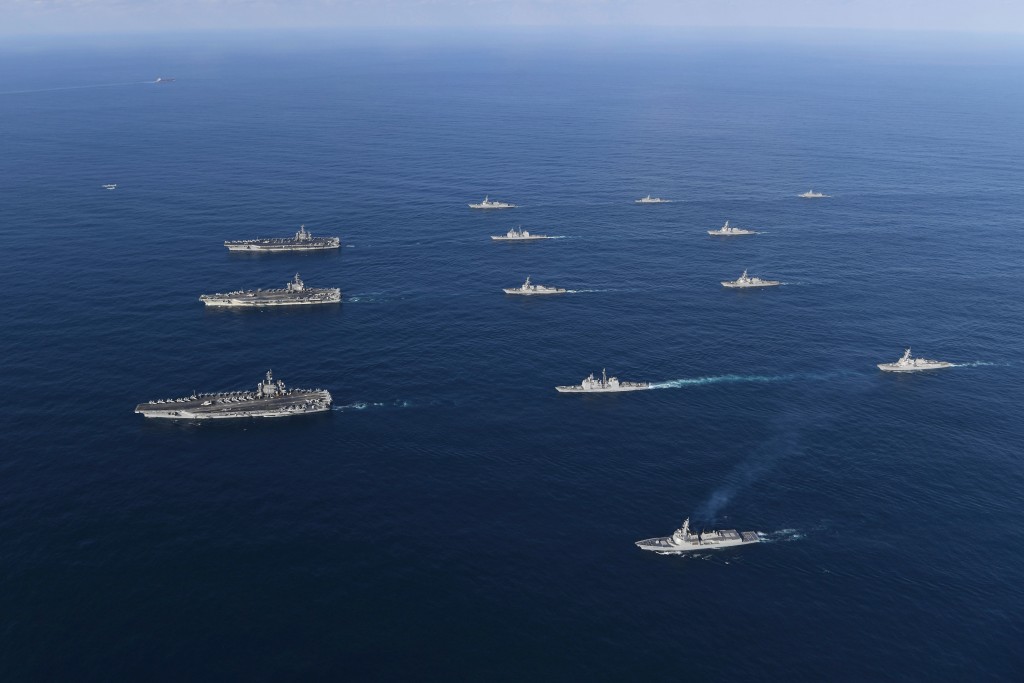 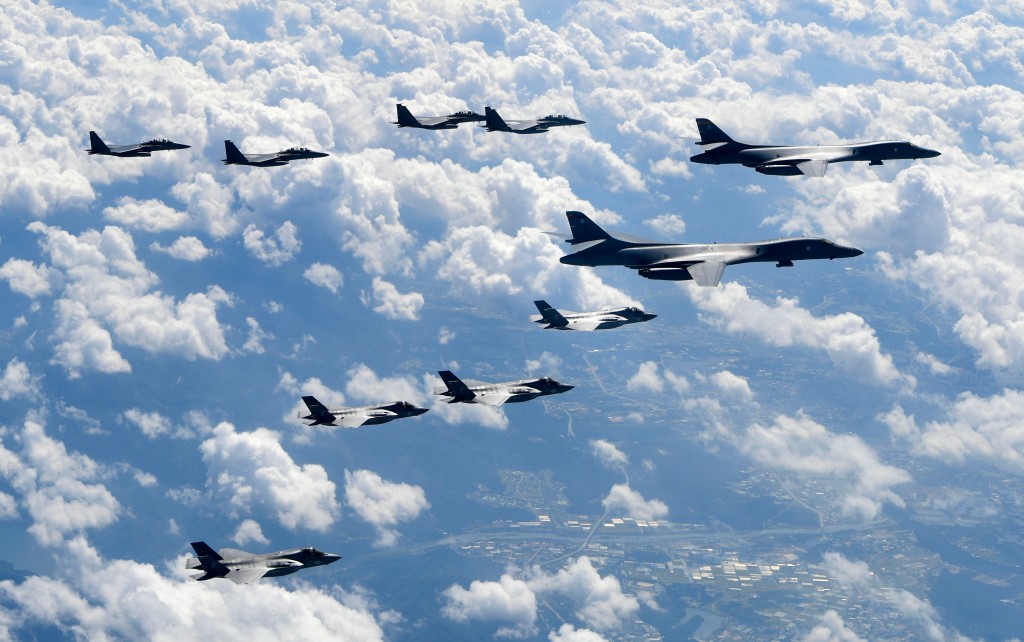 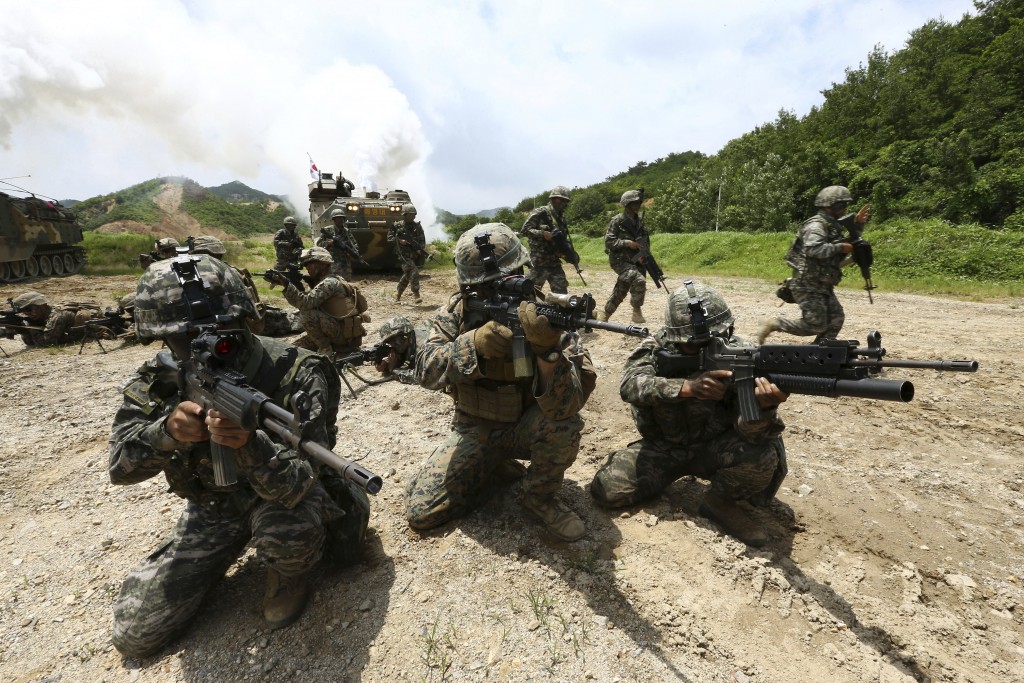 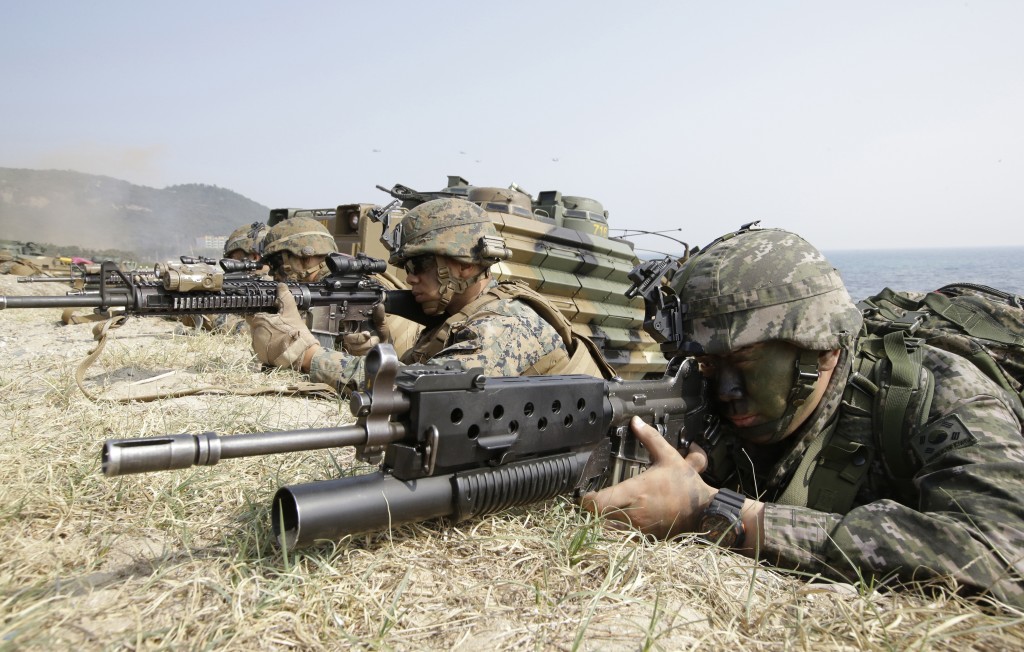 The U.S. and South Korea hold major joint exercises every spring and summer in South Korea.

The spring one — actually two overlapping exercises called Key Resolve and Foal Eagle — includes live-fire drills with tanks, aircraft and warships. About 10,000 American and 200,000 Korean troops usually take part. The drills typically begin in March but were delayed until April this year to encourage North Korean participation in the Winter Olympics in the South.

A major goal is to ensure that the two militaries can work together smoothly and seamlessly in a sudden crisis, from top commanders to troops in the field. Moon Seong Mook, a former South Korean military official, calls the joint drills and the 28,500 U.S. troops stationed in South Korea the core of the alliance between the two countries. He says the American military presence "wouldn't mean much if the militaries don't practice through joint drills."

Depends on your point of view. North Korea portrays the exercises as rehearsals for an invasion of its country. The U.S. and South Korea, at least until Trump's statement, have said the drills are purely defensive, to be ready at a moment's notice if the North were to attack the South. The U.S. has sent B-1B aircraft from an Air Force base in Guam on bombing runs over South Korean ranges, sometimes as a show of force after North Korean missile tests. The U.S. and its allies routinely call the missile tests "provocations."

The biggest victor, if the U.S. were to halt joint exercises with South Korea, may be China. The Chinese military is expanding its reach into the Pacific and sees the U.S. as a rival in waters it considers its own. China has long called for a halt to both North Korean missile tests and U.S.-South Korean military drills as a precursor to talks on North Korea's nuclear weapons program.