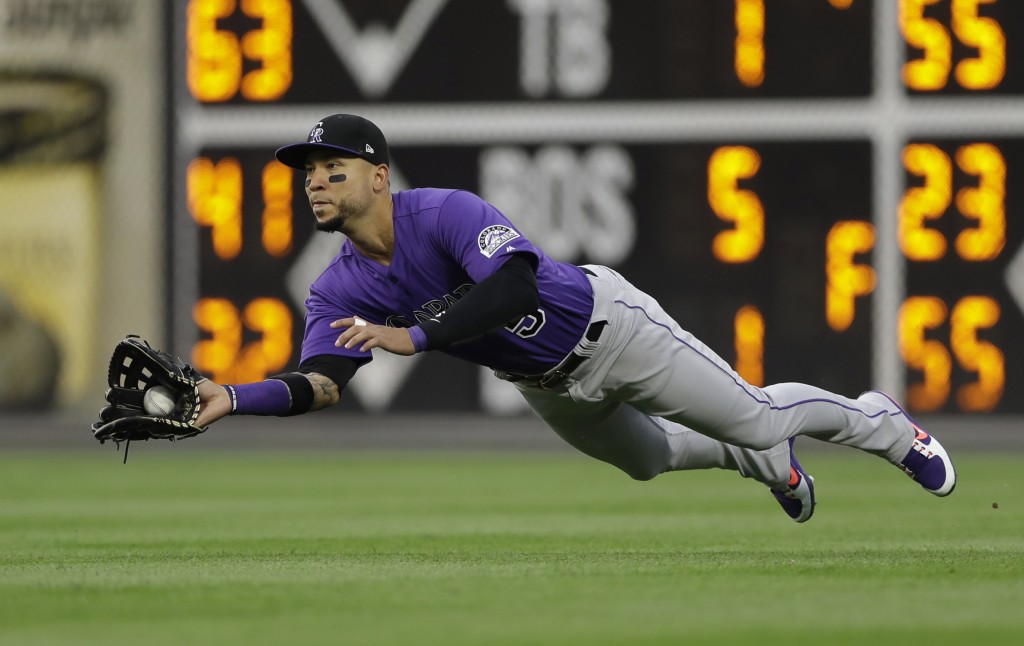 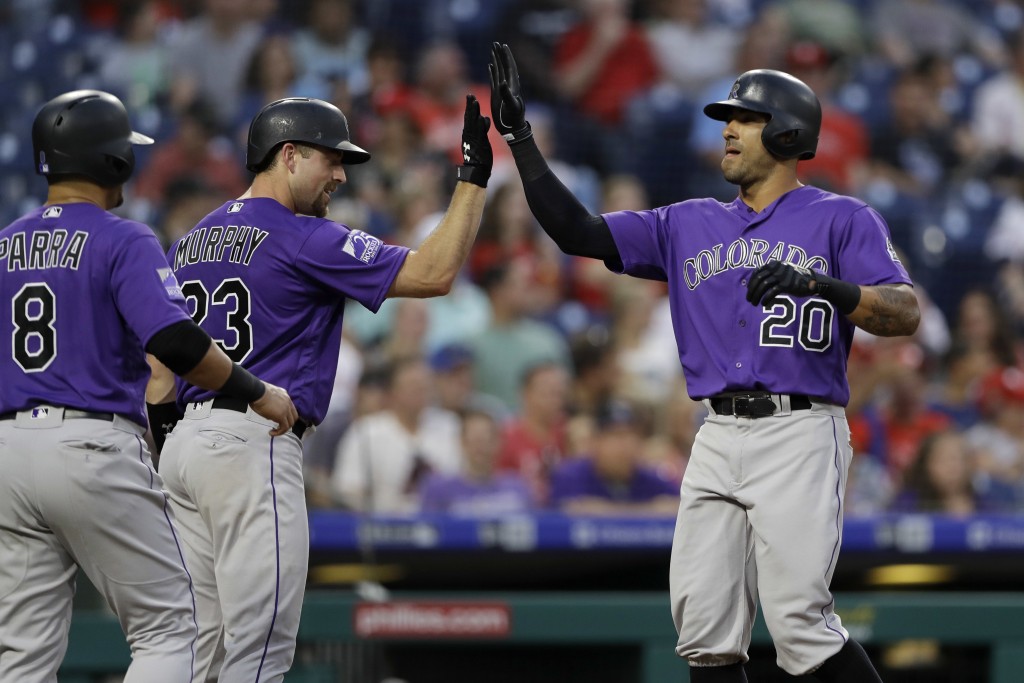 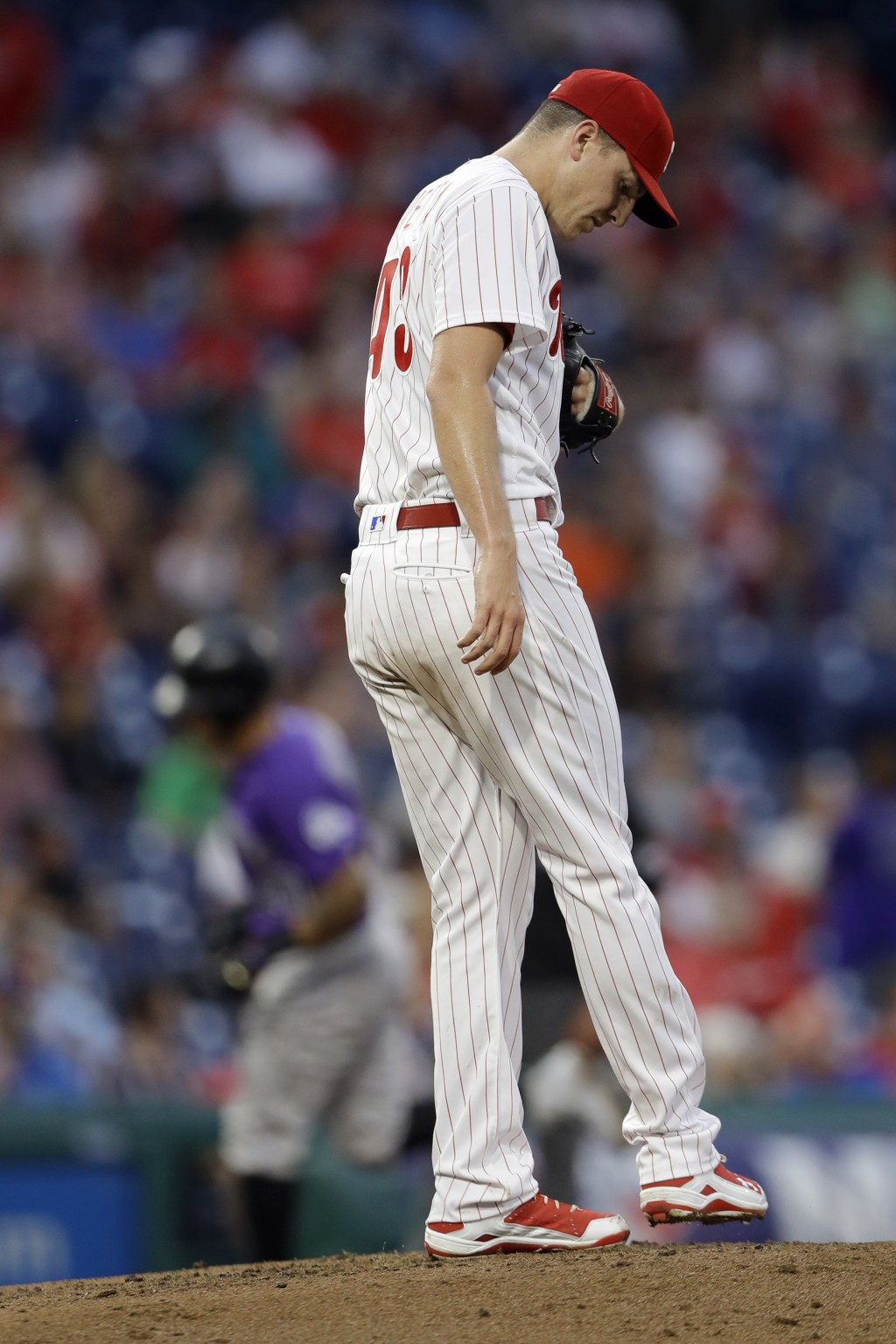 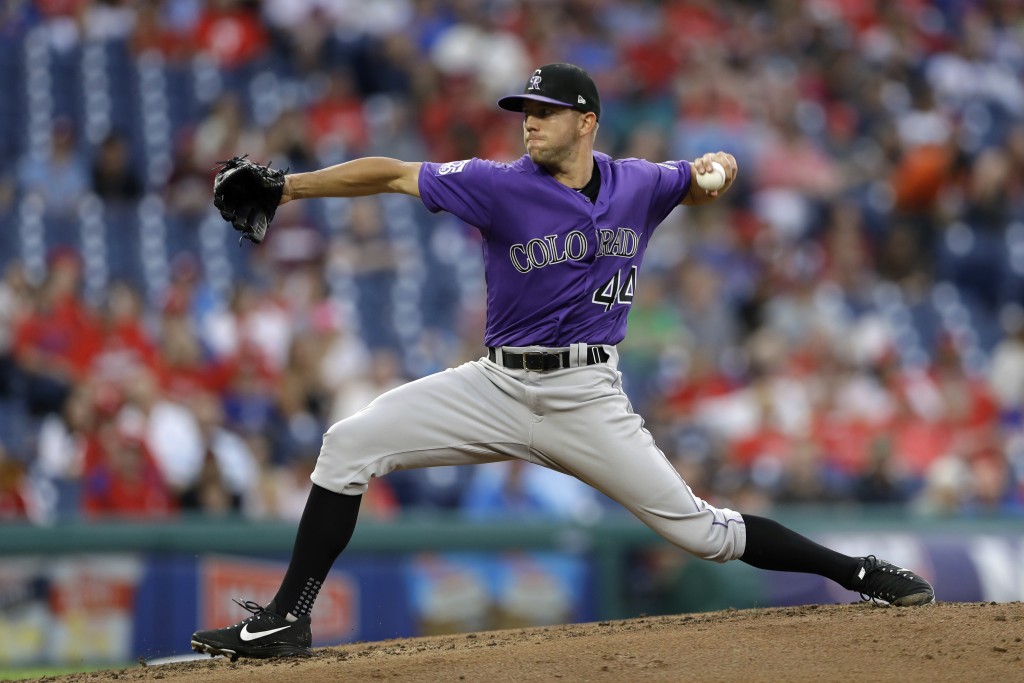 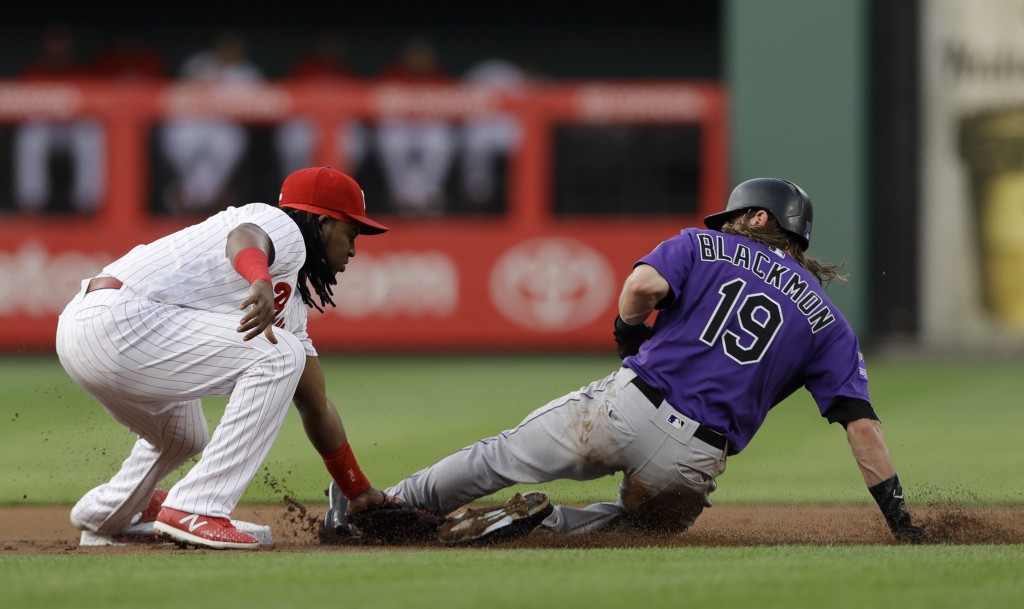 Trevor Story added three hits and drove in two for the Rockies, who had dropped nine of 11 while falling from first place to fourth in the NL West.

Anderson (4-1) allowed one run and six hits while matching his longest outing of the season, set in his last start.

Jorge Alfaro and Jesmuel Valentin homered for the Phillies, who were seeking their first three-game winning streak since May 13-17.

Nick Pivetta (4-6) struck out five straight batters in the second and third innings before allowing a walk and five straight hits to start the fifth. Story had an RBI double off the wall and Gerardo Parra followed with a two-run single.

Story had another run-scoring double in the seventh against Mark Leiter Jr., giving him 49 RBIs.

Pivetta, who lost his fourth straight start, was charged with six runs on eight hits with three walks over five innings.

Anderson didn't allow a walk and struck out six, including Scott Kingery three times. He used his awkward lefty delivery to keep the Phillies off balance, save for an 0-2 fastball that Alfaro hit to right for his fifth homer in the fifth.

Valentin had three hits, including his first major league homer in the ninth off Harrison Musgrave.

Rockies: Reliever Adam Ottavino (oblique) felt good after throwing Tuesday. "He's champing at the bit to get back on the mound," manager Bud Black said. "We're really optimistic that this could happen in a couple days." Ottavino has a team-best 0.95 ERA.

Phillies: Reliever Pat Neshek (shoulder, forearm) will throw all of his pitches in a bullpen Thursday. If it goes well, he'll head to Florida to throw live batting practice. Neshek, who signed a two-year, $16.5 million deal in December, has yet to throw a pitch this season. "The greatest acquisition we can make right now is inserting Pat Neshek in our bullpen," manager Gabe Kapler said.

Slumping 3B Maikel Franco started after being out of the Philadelphia lineup five straight games and went 0 for 4.

CF Odubel Herrera, 0 for 17 in the past four games, didn't play.

Musgrave returned from his grandfather's funeral in West Virginia, was activated off the bereavement list and pitched the ninth. LHP Sam Howard was optioned to Triple-A Albuquerque.