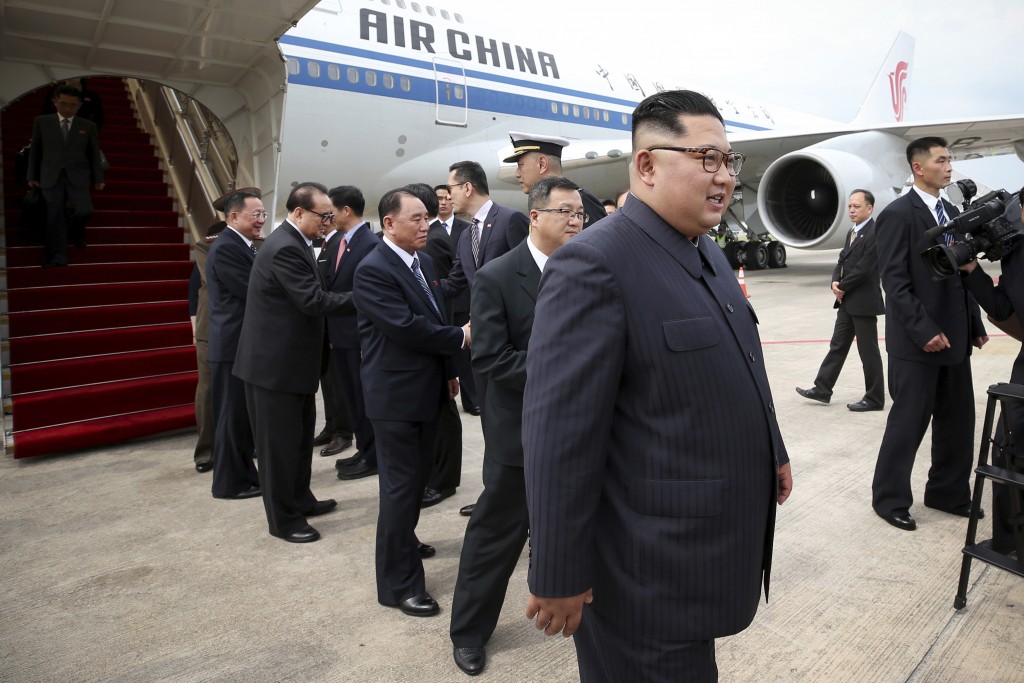 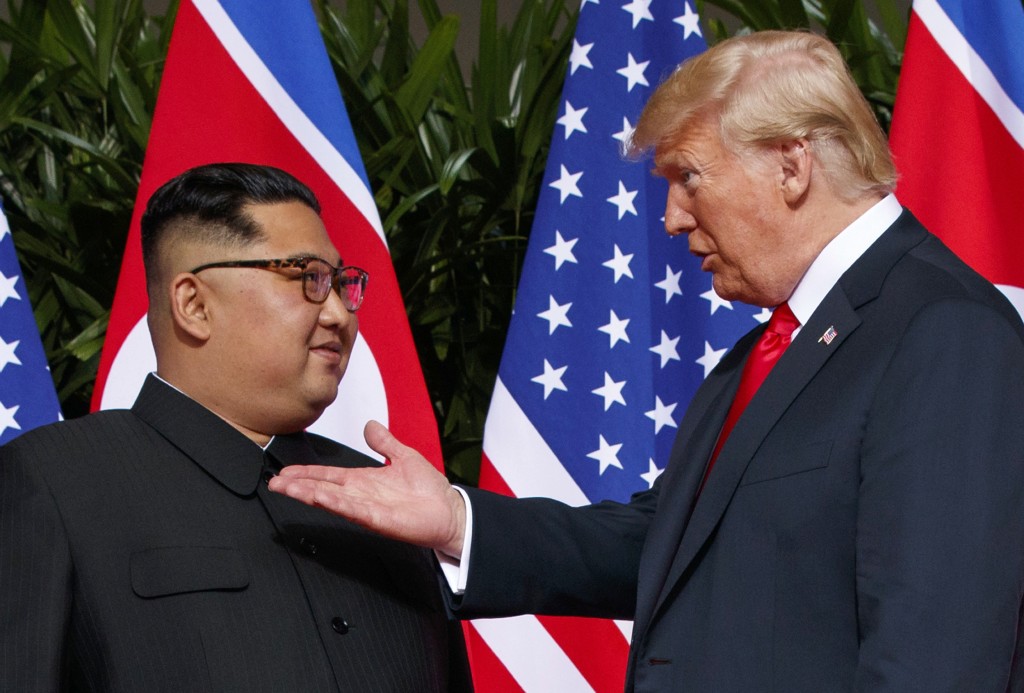 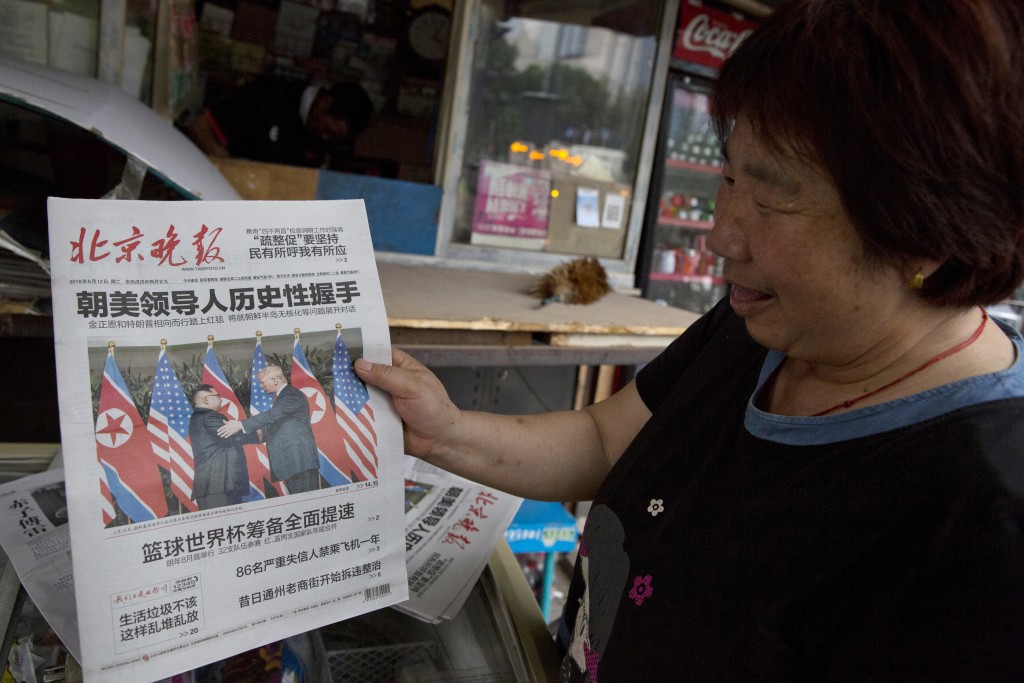 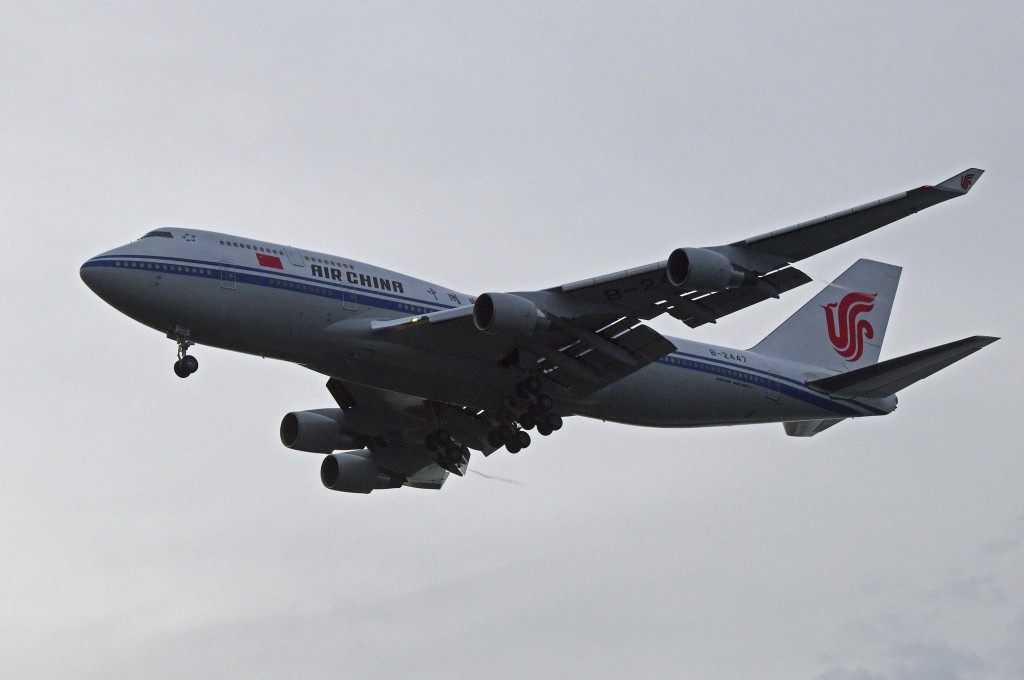 BEIJING (AP) — The outcome of the Singapore summit between President Donald Trump and North Korean leader Kim Jong Un was good news for one absent but key player: China.

China has emerged a big winner at the summit after Trump made surprising pledges to suspend war games with South Korea and eventually pull U.S. troops from there. Beijing dislikes the U.S. military presence in South Korea and Japan and has urged Washington to suspend the drills that Pyongyang claims are rehearsals for invasion, in return for the North's halting of nuclear activities.

China wants to see a reduction in foreign military forces in Northeast Asia and for the gap between Washington and its allies and partners to widen, said Ryan Hass, who directed China policy for the U.S. National Security Council during the former President Barack Obama administration. "Beijing is now on track to achieve these objectives at little cost."

But as soon as Kim steps off the plane China provided him for the Singapore trip, Beijing will be mindful of maintaining its influence over a Pyongyang that may feel less isolated after Trump showered Kim with praises, called him a "very talented man," and made security concessions in return for very little.

"Any improvement I think in the bilateral relationship for the U.S. and North Korea, China could potentially see as a loss for China," said Paul Haenle, a former China director at the White House National Security Council in the Obama and George W. Bush administrations.

Analysts say they expected that Kim would meet with Chinese President Xi Jinping fairly quickly after the summit and that Xi would remind his North Korean counterpart about China's willingness to help the North develop its economy.

Despite recent tensions between the communist neighbors, Xi has met Kim twice since April, most recently hosting a banquet for him and strolling with the young leader along a beach and through lush gardens at a coastal Chinese city last month.

That meeting in Dalian was seen as an effort by China to ensure that Beijing's voice was heard when Kim later met with Trump. In the on-again, off-again run-up to the summit, Trump at one point blamed Kim's trip to China for creating an unwelcome "change in attitude" by the North Korean leader. China moved quickly to urge both sides not to cancel the meeting.

Such maneuvers highlight the delicate balance China has to strike between encouraging Pyongyang and Washington to engage on ending the North's nuclear program and pushing Pyongyang too far into Trump's embrace.

China would be wary if the suspension of military exercises led to some kind of larger rapprochement between the U.S. and North Korea, Haenle said. China, which fought the U.S. on behalf of the North in the 1950-53 Korean War, wants a stable, independent North Korea as a buffer with South Korea and the thousands of U.S. troops stationed there. Beijing is also hoping to convince Seoul to remove a sophisticated U.S. missile defense system that China sees as a threat to its security.

Haenle added that Beijing is well aware that Pyongyang is probably also trying to put some distance between itself and its powerful neighbor "so that China doesn't have that kind of influence that it does with North Korea today."

But the North's long dependence on and trust in China are not easily unwound, analysts noted.

"Flying to the Singapore summit by Air China shows, to some extent, North Korea's trust in China," said Cheng Xiaohe, an associate professor at Renmin University's School of International Studies in Beijing, referring to the Boeing 747 that China's flag carrier put at Kim's disposal. That constitutes "more trust than it has in the U.S. and South Korea," he said.

Shortly after Trump and Kim met in Singapore Tuesday, China suggested that sanctions that have exacted a toll on the impoverished North could be suspended or lifted if Pyongyang complied with U.N. resolutions. That could mean Beijing would soon help lobby for sanctions on Pyongyang to be eased.

Lu Chao, a Korea expert at the Liaoning Academy of Social Sciences, said that though China continued to implement U.N. sanctions, he suggested some of the pressure had already been easing. "Normal economic cooperation has been resumed, such as trade cooperation in daily necessities," Lu said.

But China is likely to take a cautious approach and not move swiftly for changes to the sanctions regime.

"Without U.S. agreement first, China won't move to take steps on sanctions since that would harm dialogue between North Korea and the U.S.," said Kim Dong-gil, the director of the Korean Peninsula Center at Peking University.

China would want to see North Korea commit to freezing its nuclear program before lobbying on its behalf for some relief from the sanctions, said Michael Kovrig, a Northeast Asia specialist at the International Crisis Group.

"China will look for ways that don't violate the sanctions to then provide incentives to North Korea," Kovrig said, citing humanitarian assistance as an example.