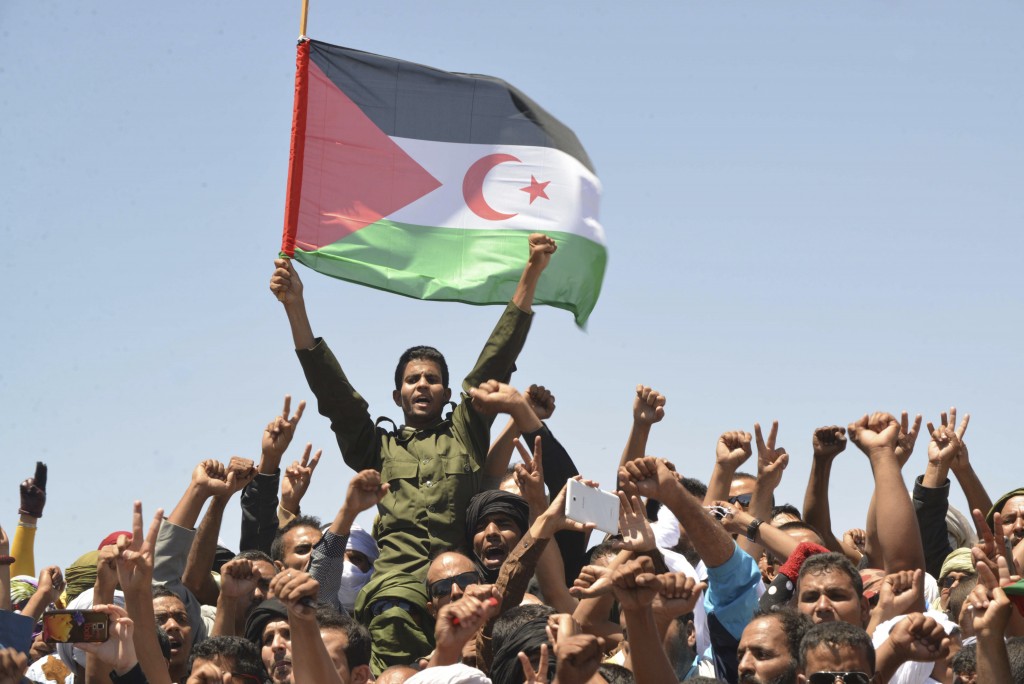 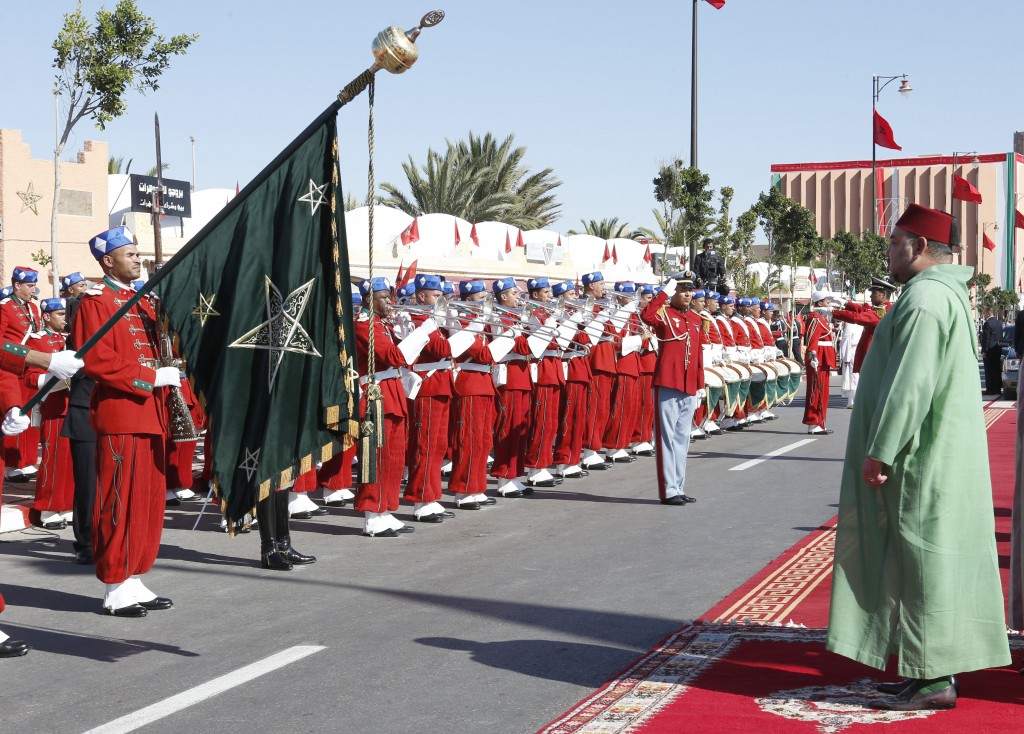 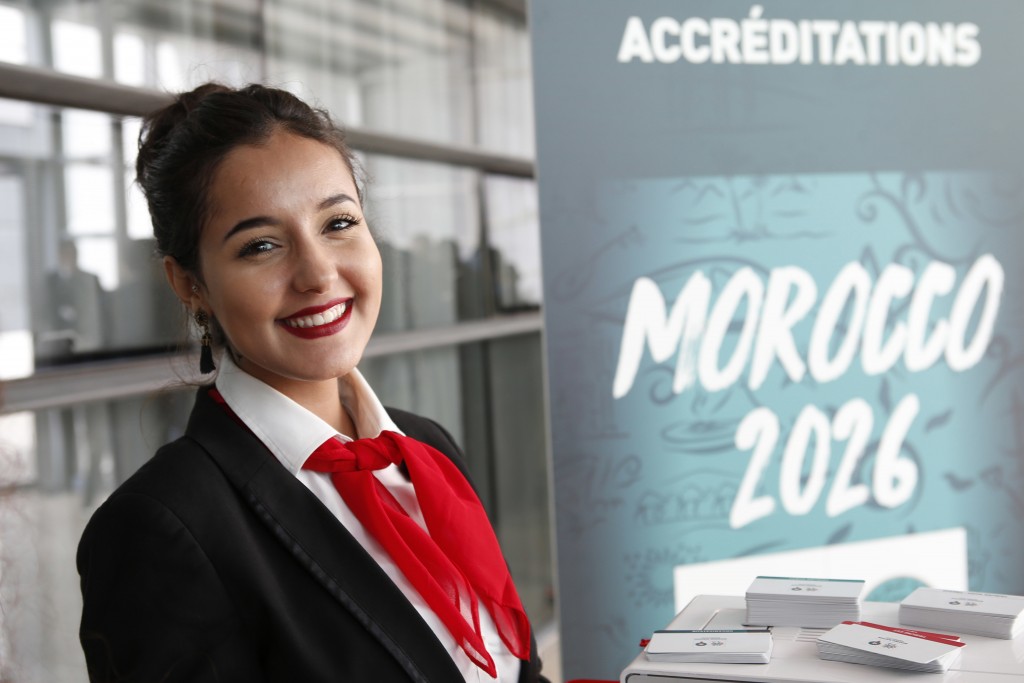 RABAT, Morocco (AP) — The 2026 World Cup contest has been engulfed in intrigue about whether Donald Trump's rhetoric on immigration and foreign policy will cost North America votes. What's barely talked about is the impact of a territorial conflict that is impeding Morocco's bid.

Heavily criticized by FIFA for the lack of infrastructure and LGBT protections, Morocco's claims on Western Sahara also appear to be a factor for some football federations heading into Wednesday's FIFA vote.

The former Spanish colony annexed by Morocco in 1975 features within the map of the country in its bid book. It's why rights groups are urging football federations not to vote for Morocco.

The last piece of land remaining on the United Nations' list of "non-self-governing territories," Western Sahara is one of the most sensitive topics in Morocco, which considers the large, mineral-rich territory its "southern provinces" and fiercely defends against anything considered a threat. The Polisario Front, a liberation movement, aims to end Moroccan presence in its proclaimed Sahrawi Republic and insists on self-determination through a referendum for the local population.

But while media regularly ask the North America bid leadership about the impact of Trump's policies, there's little sign of Morocco being pressed on its own political problems which are costing votes in Africa.

The decision on World Cup hosts has been taken off a group of FIFA executives and given to the congress, allowing up to 207 football federations to vote.

South Africa's government said it won't support Morocco's bid, but federation officials on Monday declined to say whether they would vote for the joint bid from the United States, Canada and Mexico. After South Africa recognized the independence of the Sahrawi people, Morocco withdrew its ambassador to Pretoria in 2004 as the countries severed ties.

FIFA rules prohibit governments from intervening in the decisions of football federations.

"We are very clear that we can't support Morocco," South African sports minister Tokozile Xasa said. "Our parliament was very straightforward in this regard, it is the mandate of the country, and it is an obligation for sporting bodies to understand what the country's agenda is."

The Namibia Football Association has been explicit in renouncing the Moroccan bid, saying "it will never support nor align itself with a colonizer." The Namibian government has demanded self-determination for Western Sahara.

"Given the relationship between Namibia and Morocco, it would be a disgrace for the NFA to support Morocco's bid to host the 2026 FIFA World Cup," NFA executive committee member Mpasi Haingura told Namibian media. Federation officials approached at a Confederation of African Football meeting in Moscow on Monday declined to discuss their voting intentions.

Namibia's backing for the U.S.-led bid would be intriguing given the country's own recent experience with Trump.

While addressing the United Nations in September, Trump twice referenced the non-existent state of "Nambia." While the White House clarified that Trump was talking about Namibia, there was no apology from the president.

"Given the historical reality of how many Africans arrived in the United States as slaves, this statement flies in the face of all accepted behavior and practice," said Ebba Kalondo, the sister-in-law of Namibia's president and a spokeswoman for the African Union.

Morocco is also alienating countries beyond Africa. In April, Morocco's government threatened to take control of U.N.-monitored buffer zones in Western Sahara and hinted at war amid concerns that the mission is failing to keep out Polisario fighters.

A month later, Morocco severed relations with Iran, accusing it of providing funds, training and weapons to Polisario Front independence fighters in the disputed Western Sahara. Iran, which is embroiled in a diplomatic dispute with the U.S. over the nuclear deal, has not said who it will vote for at the FIFA Congress.

In April, the U.N. Security Council approved a resolution aimed at speeding up a solution to the 42-year conflict over the Western Sahara. The U.N. brokered a cease-fire in 1991 and established a peacekeeping mission to monitor it and to help prepare a referendum on the territory's future that has never taken place.

Morocco, which has failed in four previous World Cup bids, does not want FIFA taking into account the Western Sahara when deciding whether its biggest tournament should be hosted in eight years.

"Morocco would have betrayed itself if it didn't include the Sahara in the map," said Abdelmajid Belghazal, a Moroccan expert on the conflict. "That's just evident. The question of the Sahara is always brought up amongst parties that have interest in or against Morocco. But to use this issue in football and a week before the vote is really pointless.

"Morocco's chances of winning are scarce, but the country has other priorities, including advertising for itself politically as a united country from north to south."