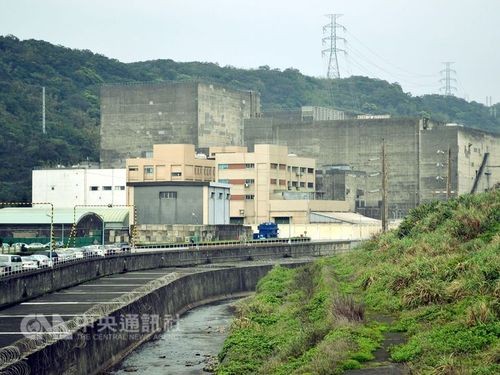 An incident that caused emergency diesel backup generators at the idle First Nuclear Power Plant in New Taipei to start up has been resolved and posed no threat to the public, state-run Taiwan Power Co. (Taipower) said Monday.

At around 6:42 a.m. Monday, a high voltage power line feeding the nuclear plant experienced a sudden pressure drop as a result of heavy rainfall in northern Taiwan, leading to two backup generators starting up unexpectedly as a safety measure, Taipower said.

Li Chi-ssu (???), deputy chief of the Atomic Energy Council's Department of Nuclear Regulation, confirmed that the problem has been resolved and the plant returned to normal after a thorough inspection carried out by technicians.

Taipower said the diesel generators were deactivated at around 9:03 a.m. after the power line's pressure stabilized and did not pose any safety concerns.

The sudden activation was just part of a safety design feature of the backup generators, it said.

Located in Shimen, the plant was Taiwan's first nuclear power plant when it was commissioned in 1978. Neither of its two reactors is currently operating.