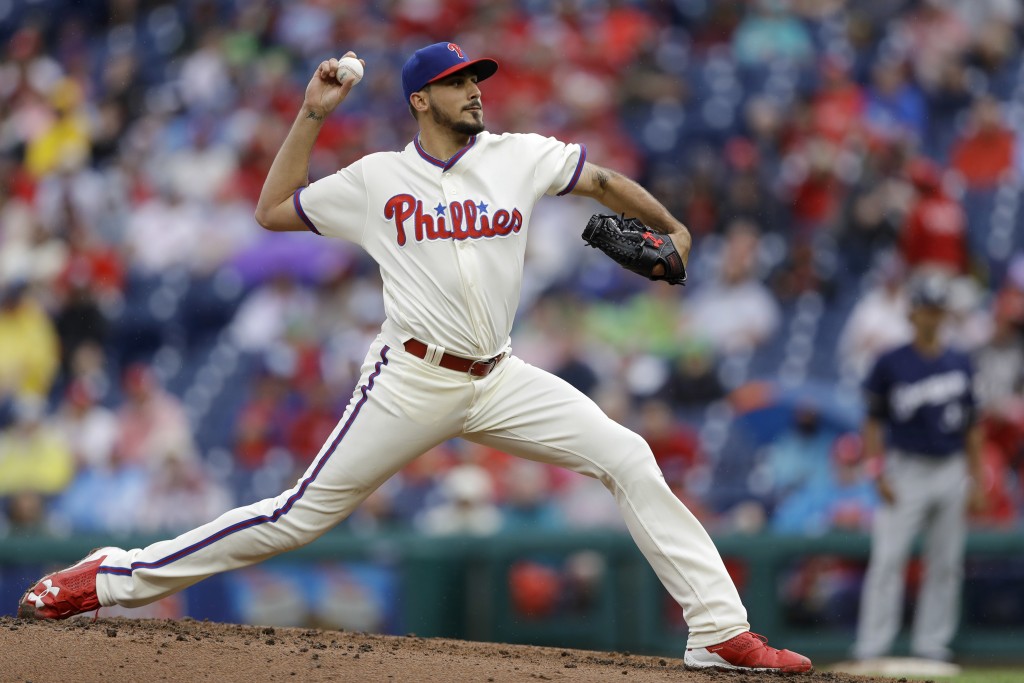 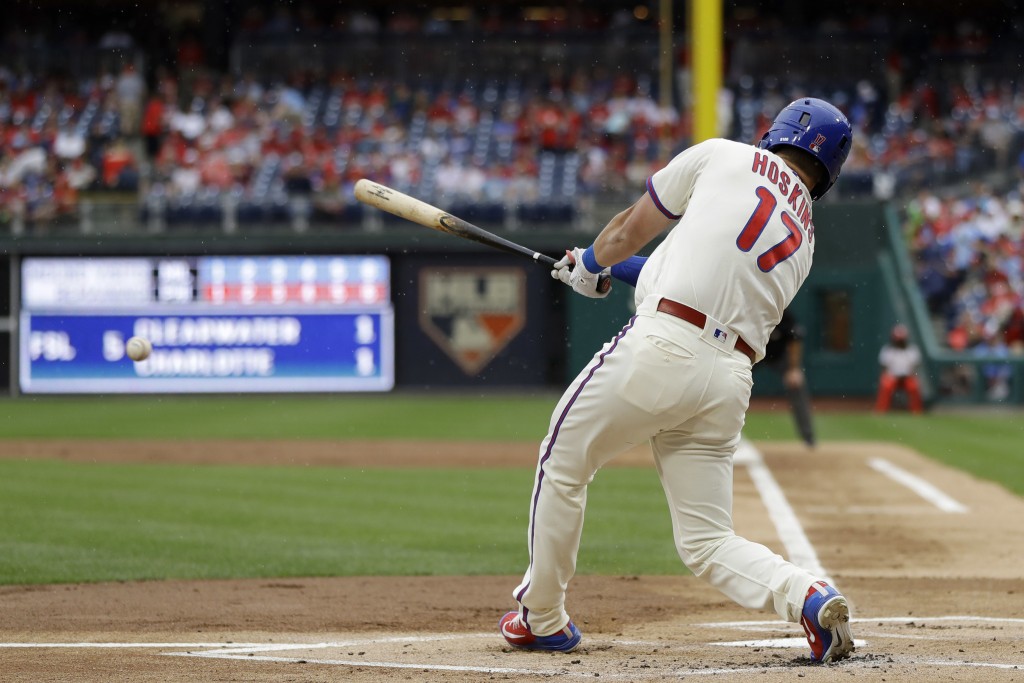 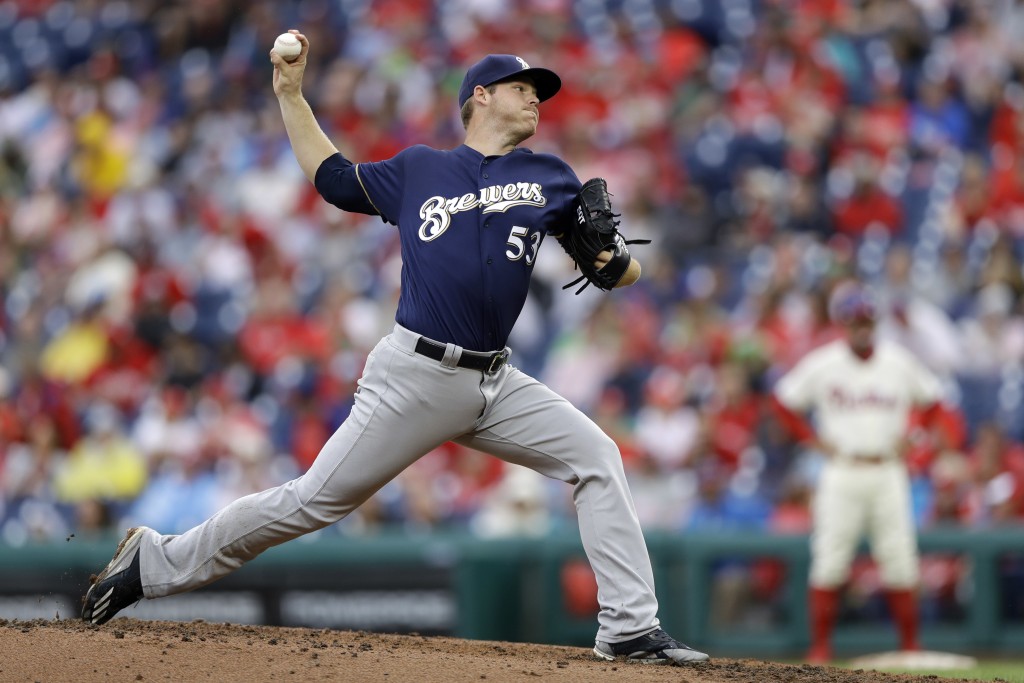 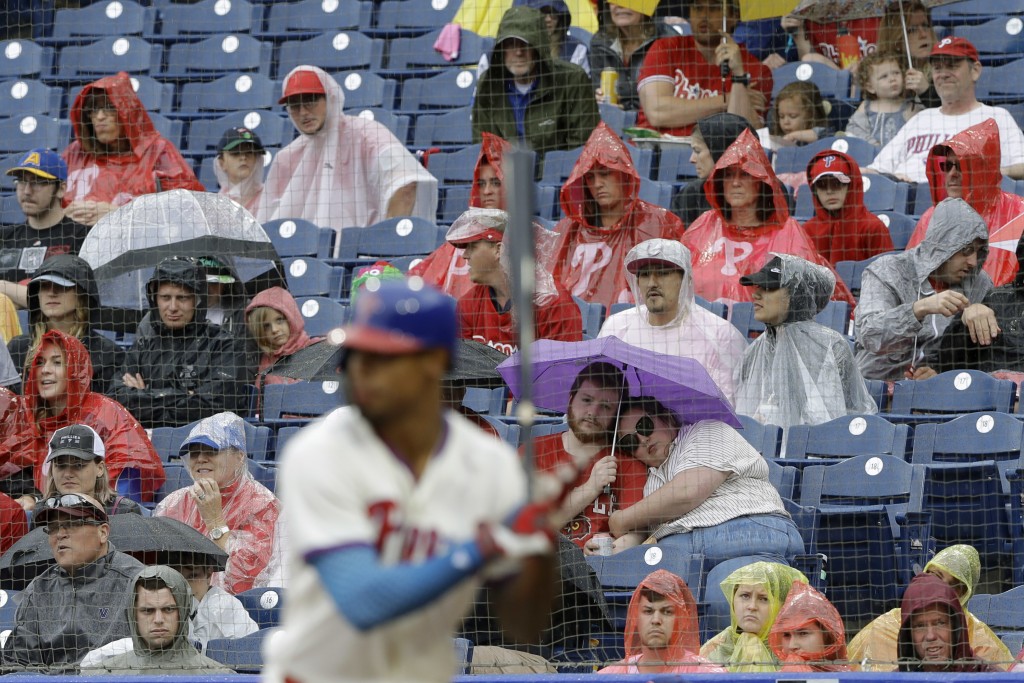 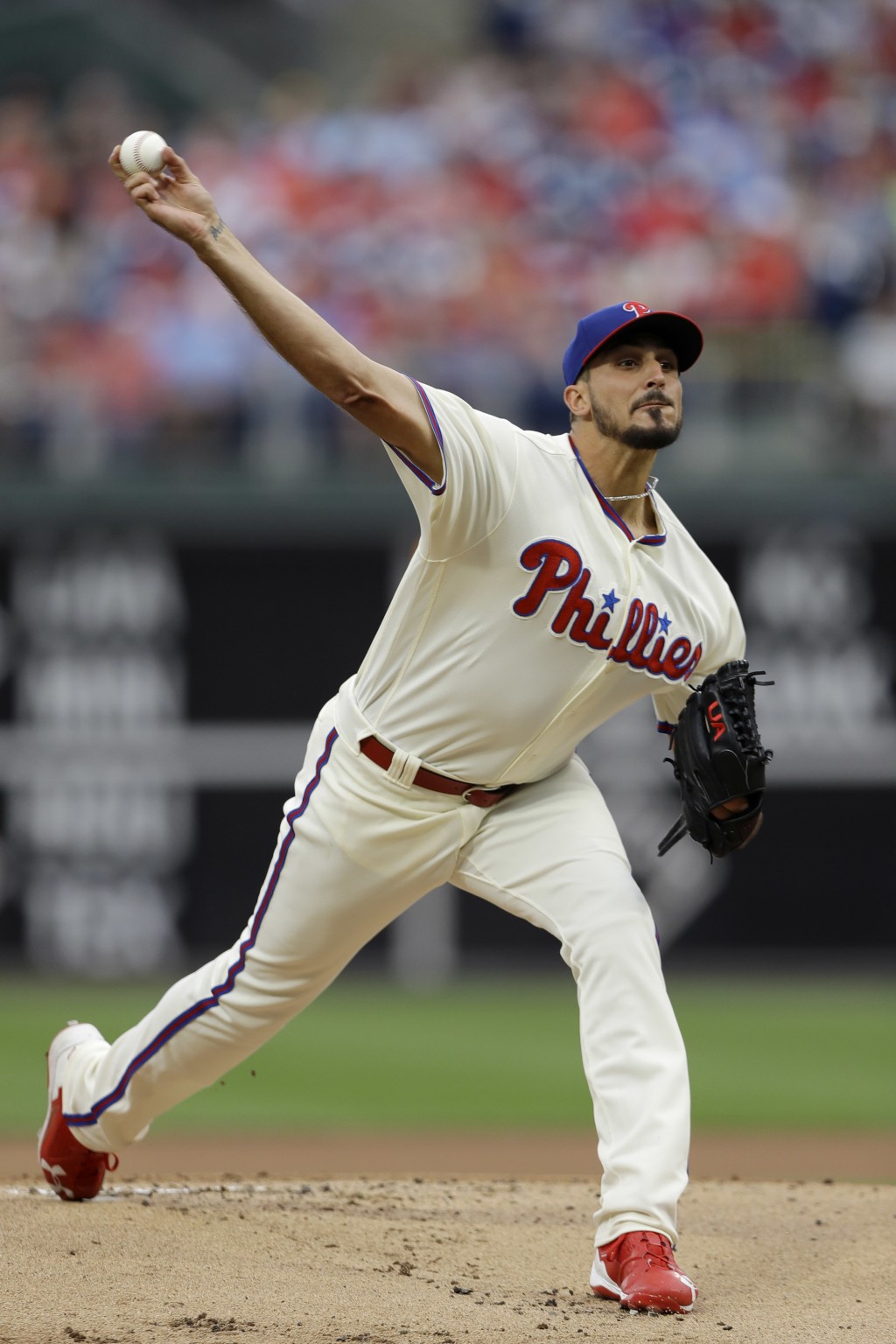 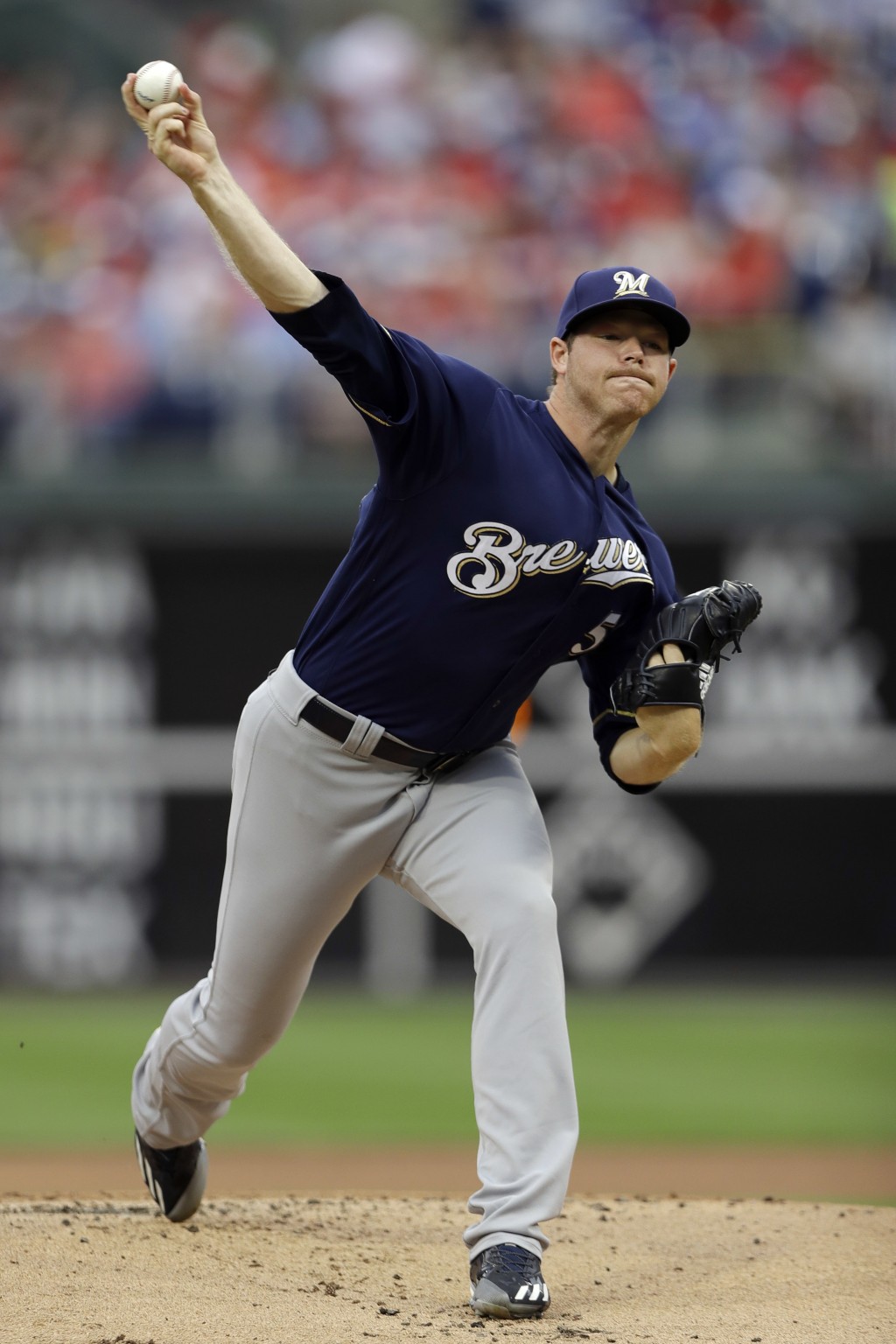 PHILADELPHIA (AP) — Zach Eflin tied his career high with nine strikeouts over six innings and the Philadelphia Phillies snapped a four-game losing streak by holding off the Milwaukee Brewers 4-3 on Sunday.

Eflin (3-2) had his second strong start after two subpar outings, allowing two runs and three hits with one walk. Rhys Hoskins drove in two runs, including a go-ahead sacrifice fly in a three-run fifth off reliever Dan Jennings (3-2) in the Phillies' fourth win in 14 games.

Ryan Braun saved a run with a diving catch, doubled to spark a two-run fifth and had an RBI single in the eighth for the Brewers, who had won two straight.

Milwaukee left the tying run at third in each of the final two innings. Seranthony Dominguez got Jonathan Villar to ground to the mound to end the eighth and Christian Yelich grounded to second for the final out to give Tommy Hunter his first save.

The Brewers were done in by 14 strikeouts, shoddy defense and a managerial move that backfired.

The teams played through a downpour in the bottom of the first. It tapered to a drizzle, but with 1-2 inches of rain in the forecast, it appeared both managers were preparing for a shortened game.

Gabe Kapler moved the Phillies' infield in with a runner on third while up 1-0 in the fifth. Craig Counsell then pinch-hit for starter Brandon Woodruff with the bases loaded and one out in the fifth.

Hernan Perez struck out before the Brewers took a 2-1 lead with the help of two hit batters, a bases-loaded walk to Yelich and Lorenzo Cain's comebacker that glanced off Eflin.

Jennings replaced Woodruff, who allowed one unearned run and one hit in four innings in his return from the minors, and immediately got into trouble.

The rain picked up in the seventh, but there were no stoppages and the Brewers' offense was stymied after outscoring Philadelphia 24-7 in the first two games of the series.

Brewers: Eric Thames (left thumb) started in left field for Triple-A Colorado Springs in what was expected to be his final rehab game. He could be activated Monday.

Phillies: Slumping 3B Maikel Franco — who also has been ill, according to Kapler — was out of the lineup for a fourth straight game.

Braun robbed Nick Williams by bellying out to grab his liner with a runner on second.

Ji-Man Choi, who hit the go-ahead, pinch-hit grand slam in Saturday's Milwaukee win, was optioned to Triple-A to make room for Woodruff.

Brewers: First place in the NL Central is on the line as the Cubs visit Milwaukee for a three-game series. RHP Junior Guerra (3-4, 2.83 ERA) starts Monday night against Chicago LHP Jose Quintana (6-4, 4.20).