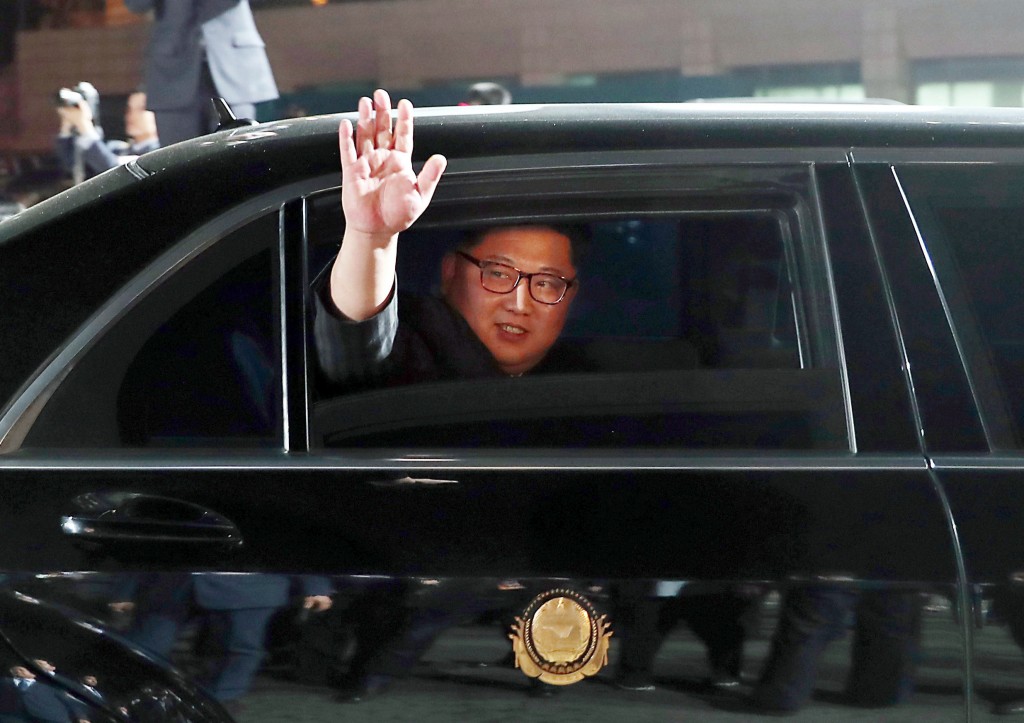 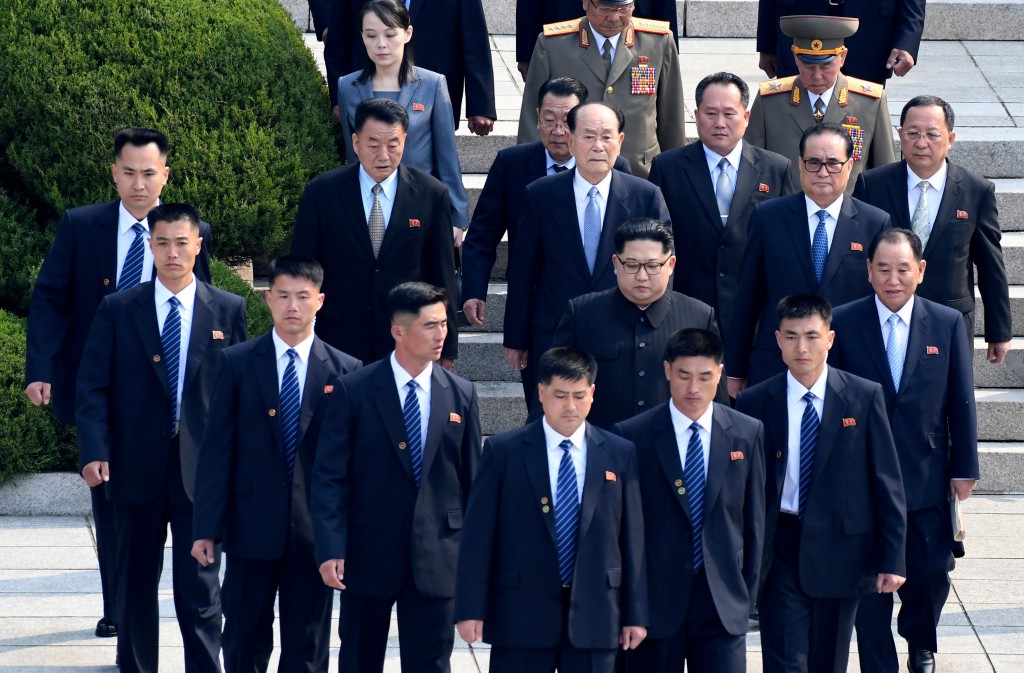 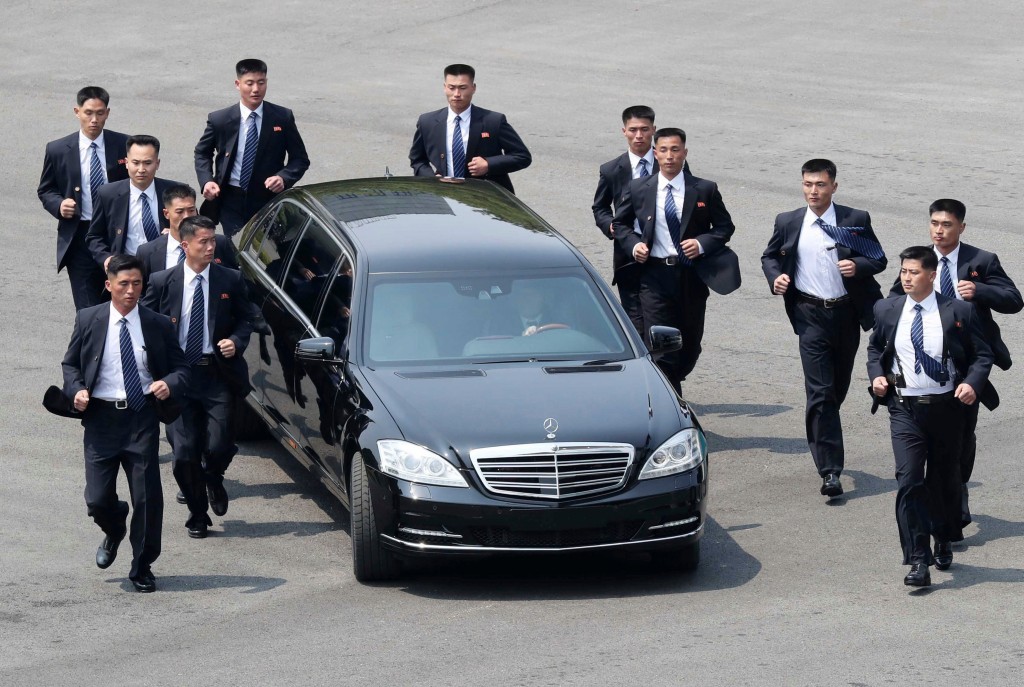 SINGAPORE (AP) — Spare a moment, as you anticipate one of the most unusual summits in modern history, to consider North Korea's leader as he leaves the all-encompassing bubble of his locked-down stronghold of Pyongyang and steps off a jet onto Singapore soil for his planned sit-down with President Donald Trump on Tuesday.

There's just no recent precedent for the gamble Kim Jong Un is taking.

As far as we know, his despot father only traveled out of the country by train, and rarely at that, because of fears of assassination. Kim, up until his recent high-profile summit with South Korea's president on the southern side of their shared border, has usually hunkered down behind his vast propaganda and security services, or made short trips to autocrat-friendly China.

While Singapore has authoritarian leanings, it is still a thriving bastion of capitalism and wealth, and Kim will be performing his high-stakes diplomatic tight-rope walk in front of 3,000 international journalists, including a huge contingent from the ultra-aggressive South Korean press — sometimes referred to by Pyongyang as "reptile media" — two of whom were arrested by Singapore police investigating a report of trespassing at the residence of the North Korean ambassador.

While he famously attended school in Switzerland, traveling this far as supreme leader is an entirely different matter for someone used to being the most revered, most protected, most deferred to human in his country of 25 million. Kim is, essentially, upsetting two decades of carefully choreographed North Korean statecraft and stepping into the unknown.

There's wild speculation about how Kim will perform on the world stage: Will he bring, for instance, his armored limousine and his dozen well-armed, well-muscled bodyguards to march alongside his rolling fortress in a half-sprint? But amid the curiosity is an even more fundamental question: Why is he taking this risk at all?

First the nuts and bolts: How do you protect what many North Koreans consider their single most precious resource, the third member of the Kim family to rule and a direct descendant of North Korea's worshipped founder Kim Il Sung?

Hundreds of North Korean security experts have no doubt been up nights wondering how to safeguard Kim Jong Un since Trump shocked the world by accepting the North's invitation to meet.

Kim is expected to arrive Sunday in Singapore, but it seems he won't be taking his official plane, which is called "Chammae-1" and named after the goshawk, North Korea's national bird. South Korean media reported that a Chinese plane went to Pyongyang on Sunday, presumably to pick up Kim, and then to Beijing before heading to Singapore.

It's not clear if he had shipped over the massive bulletproof and fireproof limousine that became a social media sensation when Kim was shown being driven across the border between the Koreas during his first summit with South Korean President Moon Jae-in, in April, with a dozen staunch bodyguards encircling the auto.

Singapore's The Straits Times reported earlier this month that the Singapore government declared that four black BMW sedans with armored bodies that can withstand gunshots, explosives and grenades were exempt from certain traffic rules through June 30. The newspaper said the vehicles weren't from a local authorized dealer, which suggests the cars were brought in specifically for the summit and may be used by Kim.

Kim's bodyguards will certainly travel with him, providing trusted protection to back up local Singapore security that will control the perimeter and crowds, said Choi Kang, vice president of Seoul's Asan Institute for Policy Studies.

One benefit of Singapore from the North Korean point of view is that there will probably not be any anti-North Korea protests during Kim's stay. "Singapore is like a police state. How can such rallies take place there? Anyone involved in rallies would be arrested," Choi said.

South Korea media outlets are reporting that Kim will likely stay at the St. Regis Singapore hotel, where his close aide has been based as he leads a North Korean advance team arranging security and logistics details. South Korea's Hankook Ilbo reported that Singapore recommended the St. Regis, which hosted Chinese President Xi Jinping during his 2015 summit with Taiwanese President Ma Ying-jeou, because it can be easily secured.

WHY'S HE TAKING THE RISK?

The short answer might be that, despite his safety worries, Kim could end up getting much more out of this summit than he will have to give up.

The standard thinking goes that he needs quick help to stabilize and then rebuild an economy that has suffered amid a decades-long pursuit of nuclear bombs, and that the North Koreans see a unique chance to win concessions, legitimacy and protection from a meeting with a highly unconventional U.S. president who's willing to consider options past American leaders would not.

Kim also gets an "obvious and immediate win" by simply meeting with Trump, writes Joseph Yun, who was the top U.S. diplomat on North Korea until March.

It's "a sign of recognition that the North Koreans have sought for decades. In my meetings with North Korea's foreign ministry, its officials have repeatedly emphasized that only a leader-to-leader dialogue could break the nuclear impasse. At the root of this desire lies their central concern: regime survival," he wrote.

The summit has been portrayed as a "get to know you" meeting.

"That's a perfect deal for North Korea. They pocket all of it and lose essentially nothing," said Christopher Hill, President George W. Bush's lead nuclear negotiator with the North. "The North Koreans have already gotten what they need out of this. Their only issue is how much they have to give up. From what I can tell from (Trump's recent comments at the White House), they're not going to be asked to do much."

Kim may also be seeing the gamble in a light never considered by his autocratic father and grandfather because of "his determination to modernize North Korea," according to Ryan Haas, an Asia expert at the John L. Thornton China Center.

"Kim confronts rising expectations from within at the same time that he contends with ever-tightening sanctions from abroad," Haas wrote. "So, according to this logic, in order to satisfy internal expectations, he will need to reduce external pressure, and this dynamic could push Kim down the path of denuclearization."

Haas offers a useful warning, though, as people around the world settle in to watch the show in Singapore: "Virtually no North Korea analyst inside or outside of the U.S. government" expects Kim to actually give up his nukes.

Foster Klug is AP's bureau chief in South Korea and has covered the Koreas since 2005. Follow at www.twitter.com/apklug