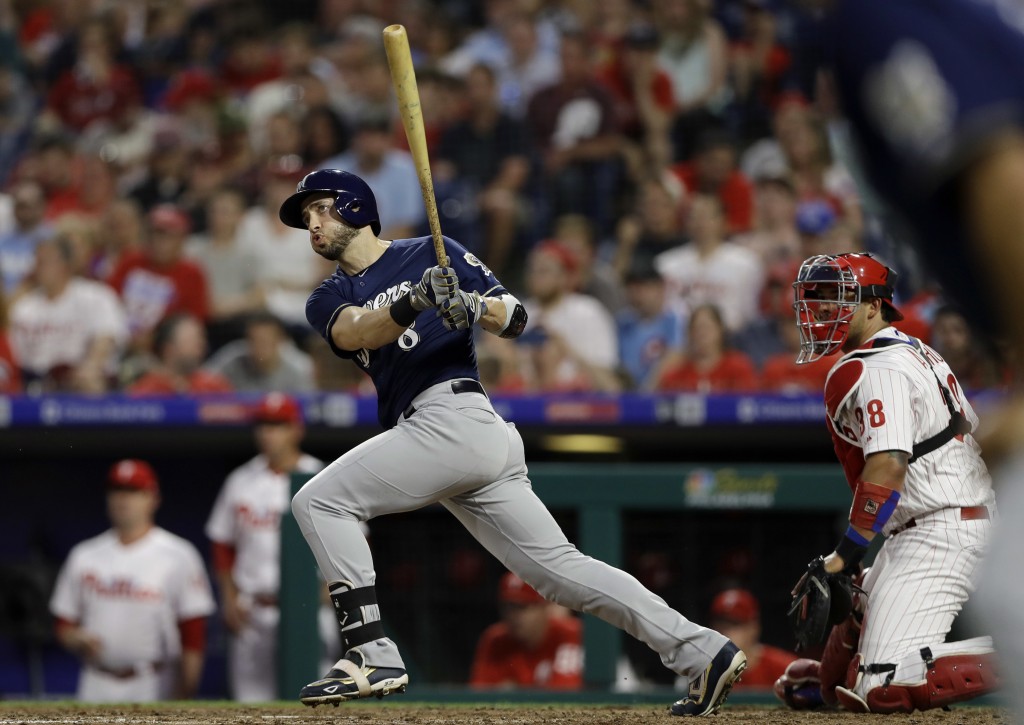 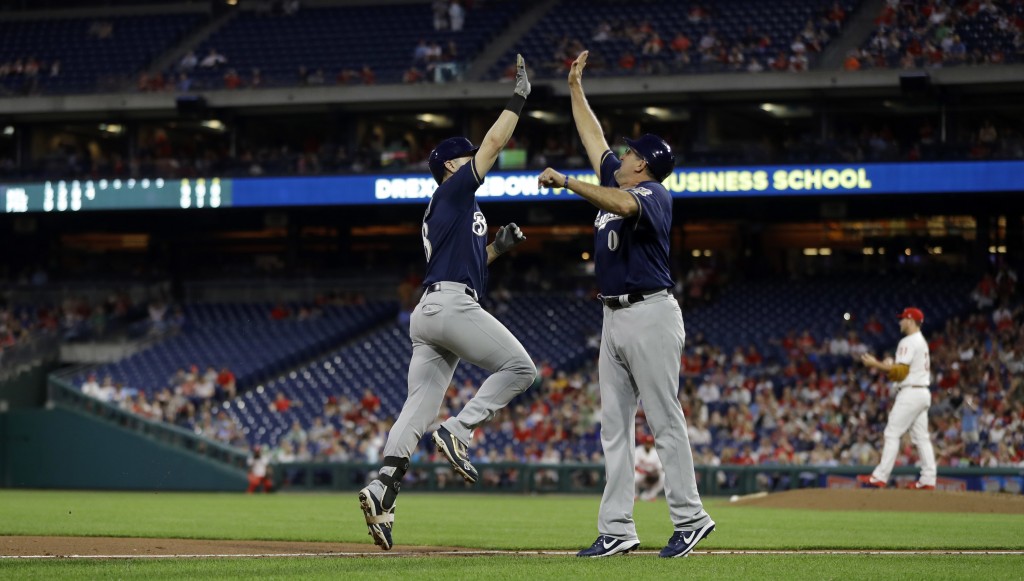 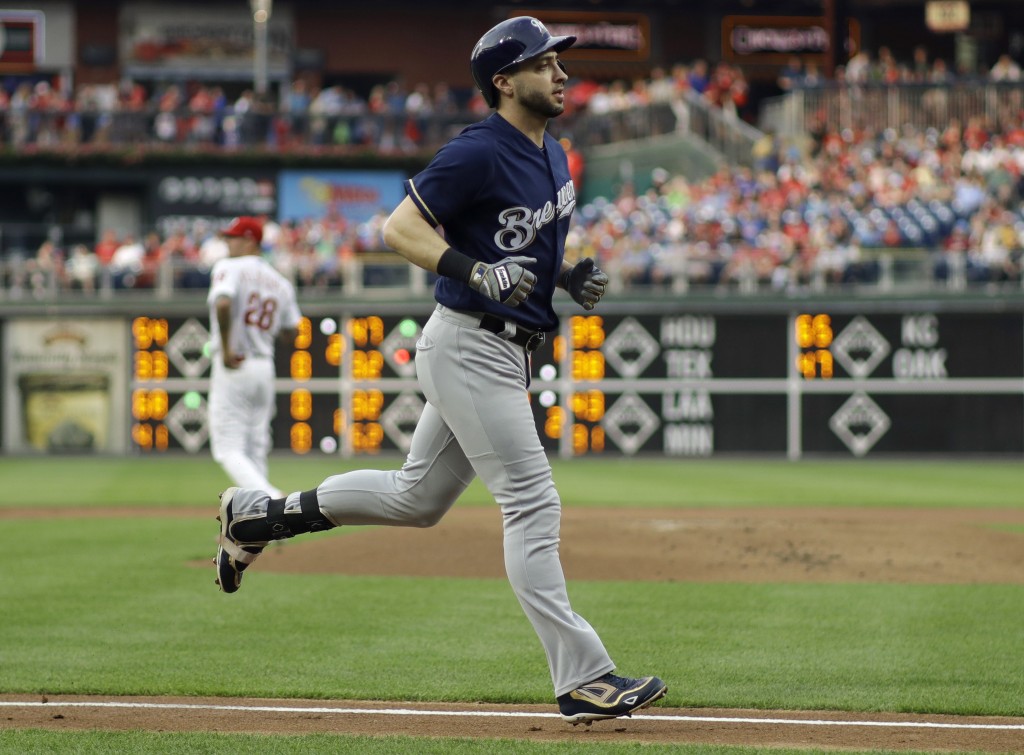 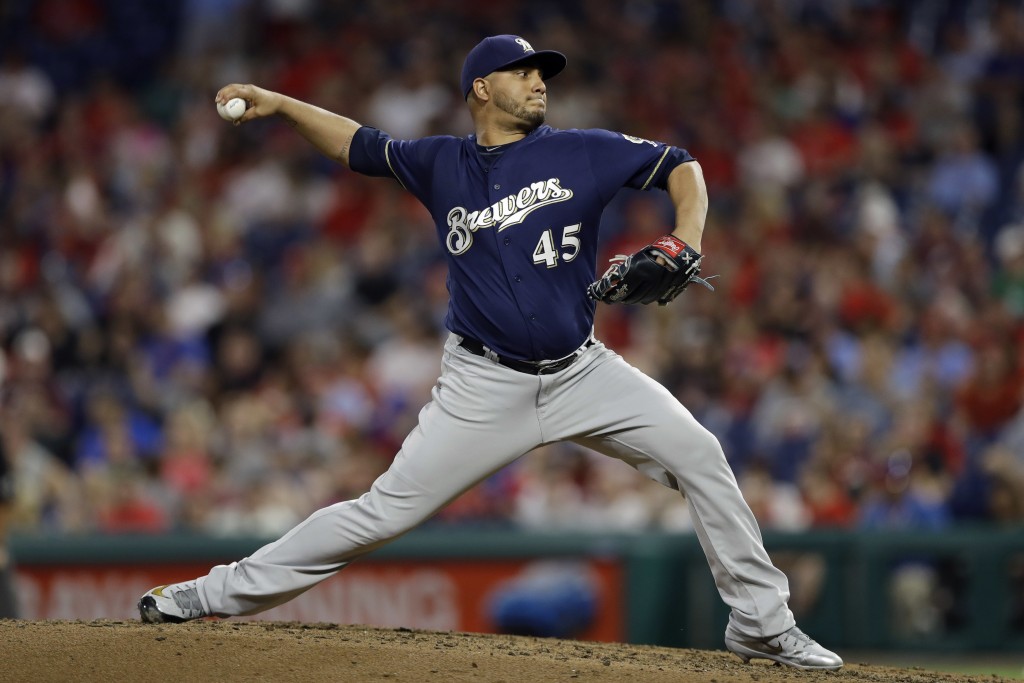 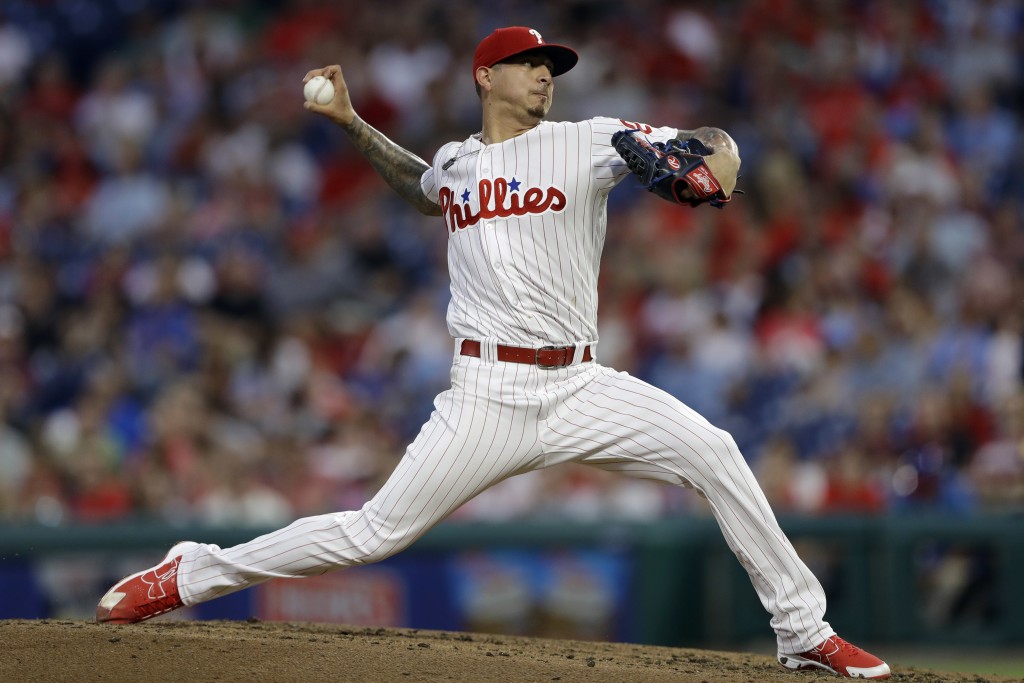 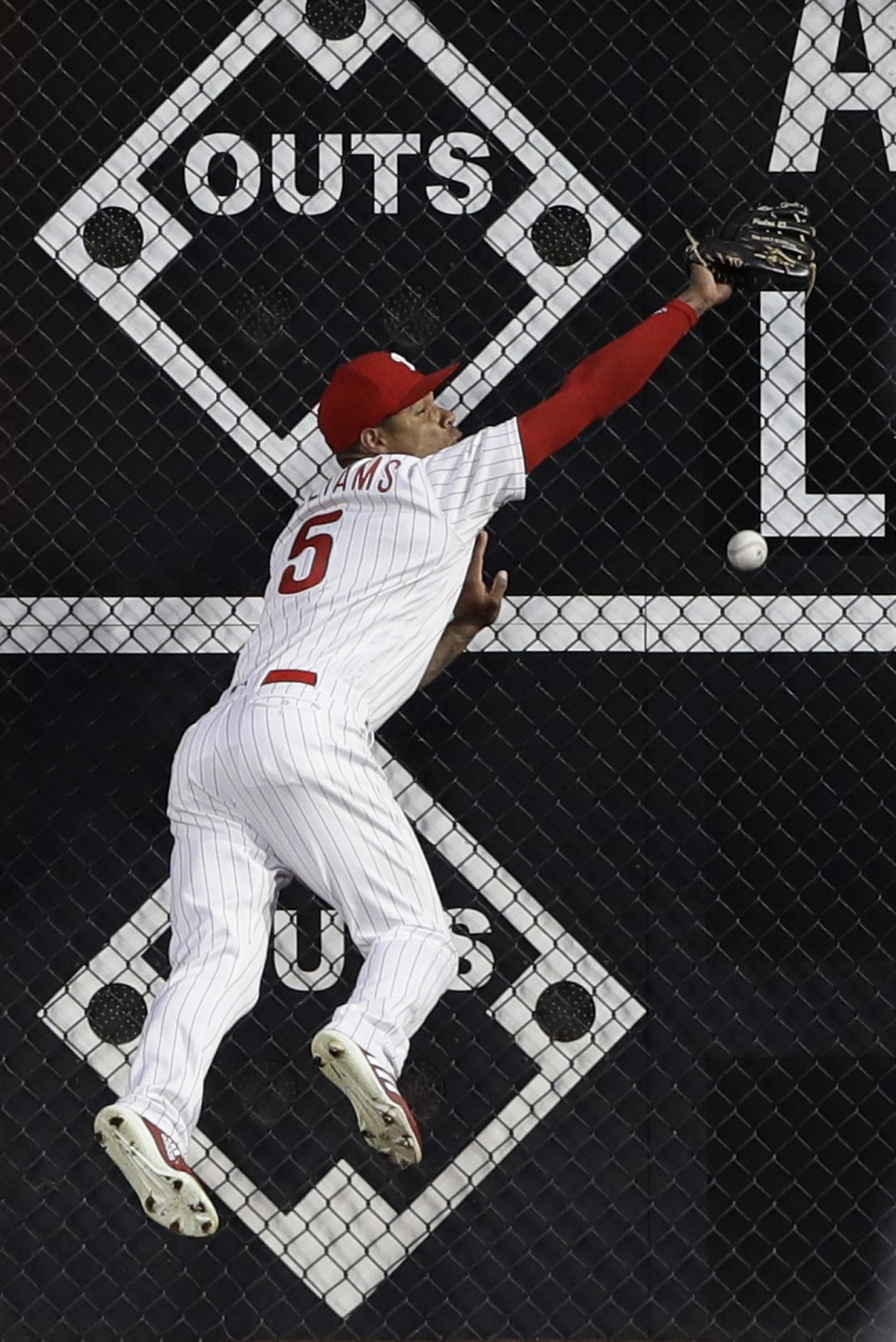 PHILADELPHIA (AP) — Ryan Braun homered twice and drove in five runs, and the Milwaukee Brewers busted out of an offensive funk to beat the Philadelphia Phillies 12-4 on Friday night and snap a three-game losing streak.

Braun, who came in batting .229, hit a three-run shot off Vince Velasquez (4-7) in the first inning and a two-run blast off Mark Leiter Jr. in a six-run fourth that made it 11-0. Braun, making only his eighth start in 13 games since returning from a back injury, has 24 homers and 67 RBIs in 67 career games against the Phillies.

Christian Yelich also went deep and Lorenzo Cain added two hits and two RBIs for the Brewers, who had 13 hits after totaling four runs in their previous three games.

Jhoulys Chacin (5-1) allowed four runs and five hits in 6 1/3 innings for Milwaukee, which held onto a half-game lead over the Chicago Cubs atop the NL Central.

Carlos Santana hit a solo homer and added a sacrifice fly and Jesmuel Valentin drove in his first major league run for the Phillies, who have dropped three straight and nine of 12.

Manager Gabe Kapler then drew mock cheers when he bounced out of the dugout to lift Velasquez, who was charged with 10 runs on nine hits.

Brewers: Eric Thames (left thumb) had a scheduled day off from his minor league rehab assignment. Manager Craig Counsell said Thames, who played first base and left field the previous two days, should return next week.

Cain in center field made an acrobatic, sliding catch of Nick Williams' popup in the eighth that initially bounced off the glove of shortstop Orlando Arcia. A smiling Cain then took off his cap and bowed to his teammates.

A man was treated for a cut on his neck after he tried to catch Aguilar's splintered bat that flew into the stands in the eighth.

J.P. Crawford acknowledged he was surprised to be playing third base for the second straight day in place of the struggling Maikel Franco.

General manager Matt Klentak said they like rookie Scott Kingery's progress at shortstop while Crawford was injured and, "We don't want to disrupt that."